Employee Turns Himself in Due to Poor Service 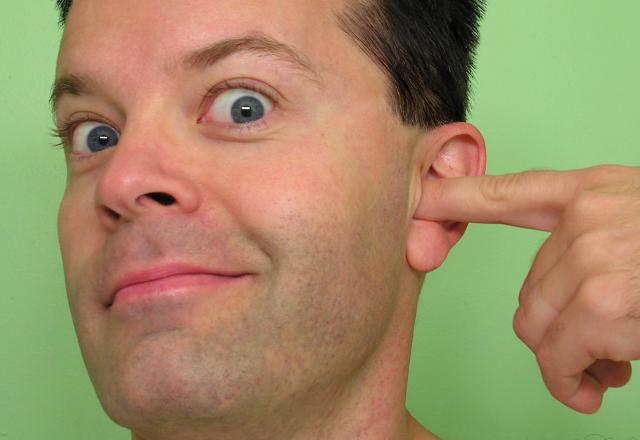 An employee at the Taco Hut on Telegraph Road in Dearborn Heights gave what many would consider sub-par
service, and then told on himself before the customers could complain to management.

The cashier, Demetrius Lake, who has been with the company for almost six months, said that while he would agree the service he delivered was not his best, “it wasn’t bad enough for them to ask to see a manager.”

Said Lake, “They were asking me for everything. First, they wanted to know the ingredients in, like, half the items on the menu, then they ordered water with lemon to drink…that was before they finished ordering their food. They don’t even know how to order the right way. And water may be free, but lemons are going to cost you.

“They wanted extra straws, too— how many straws does it take to drink water?” he said. “And I had to go out and refill the sauces because of them. By the time the food was ready, between them and my other customers my face hurt from talking.”

According to witnesses, Lake had complained about these same customers before so it was no surprise when he revealed that they had asked to see a manager.

“Demetrius was ticked off about them, all right,” said co-worker Connie Hall, “but he was already in a bad mood when he got to work. He said they asked him all kinds of questions about the menu, and then they weren’t happy about anything. That just put him in a worse mood. Then he said they wanted to see a manager, and I was like, uh oh.”

In a monumental turn-about, Lake gathered his wits and immediately went to the restaurant’s general manager to snitch on himself. The manager, Joseph Kendall, was already c o m p l e t e l y apprised of the situation when he spoke with the customers, and feigned concern with a half-smile on his face as they “blathered on and on.”

“They said ‘he did this’ and ‘he didn’t do that,’” said Kendall. “Demetrius had already told me all that. Ha. I already knew so I just stood there, pretending I was listening, and thinking about the Extra Stuffed Burrito el Casa over nacho chips, smothered in cheese and sour cream, I was going to make for my manager’s meal.”

When asked if this is a normal occurrence, Kendall replied, “No. Usually I just have something off the regular menu.
Every once in a while I come up with my own creation.”

Kendall laughed. “Now don’t go printing that. That’s all I need is a bunch of people coming in to my restaurant asking for a burrito and nacho combination. Ha.”

Witnesses said that Lake was standing directly behind Kendall while the manager met with the customers in the dining room. At one point, they said, he began mocking them by making funny faces while he waved his hands with his thumbs in his ears.

Reportedly, Lake did not receive a write-up from his manager.