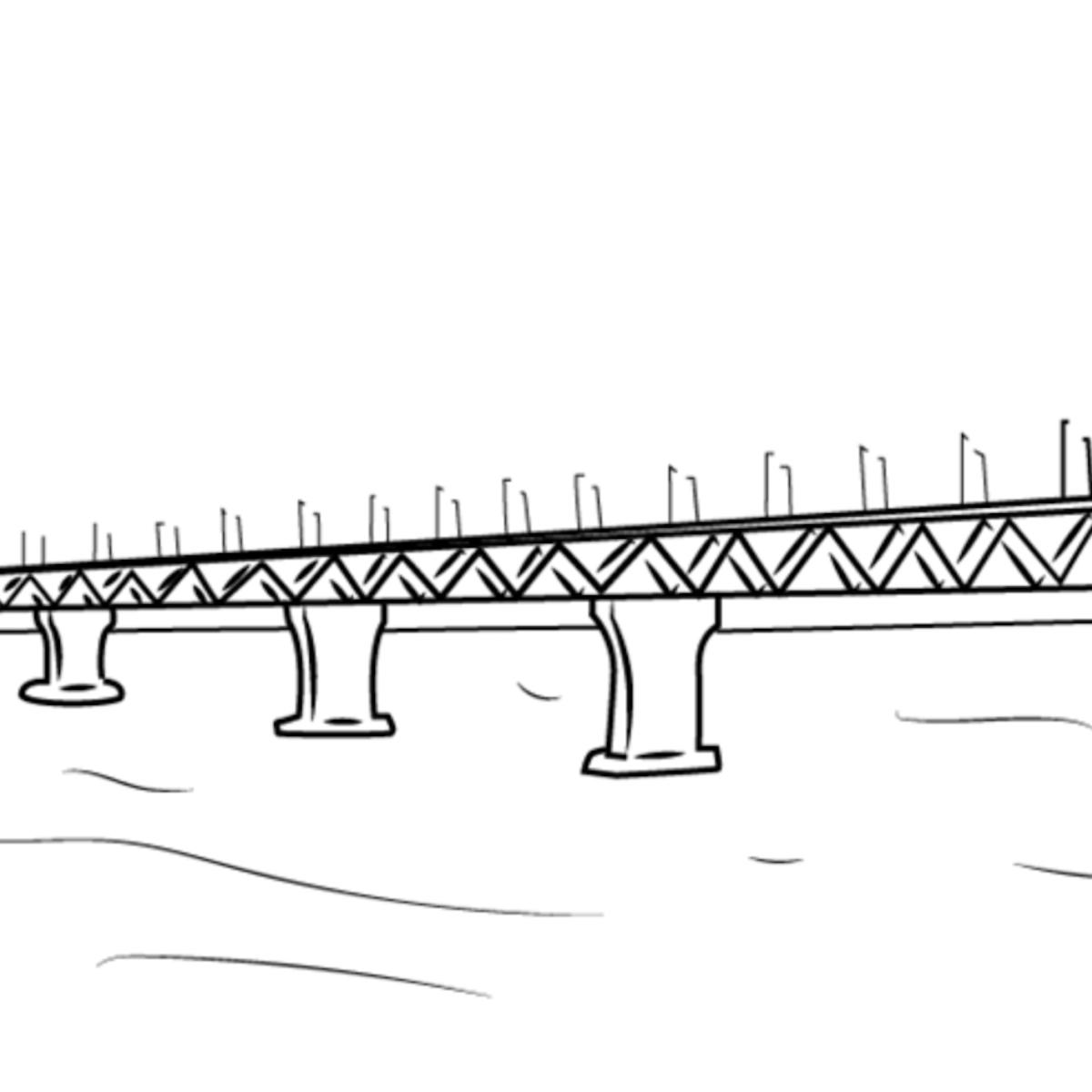 I didn’t really want to die. It struck me as a strange realization as I stood on the edge of the pedestrian path on the bridge, looking down at the dark water below, and contemplating the jump that I had been hoping would end my life. Despite my decision, though, it was true that death was not the optimal answer to my problems. I did wish there was a different way. All I really wanted was for the pain to end. I wanted to stop suffering, to stop fucking everything up, and had reached the point that I thought that this was the only way.

The Help That Makes You... 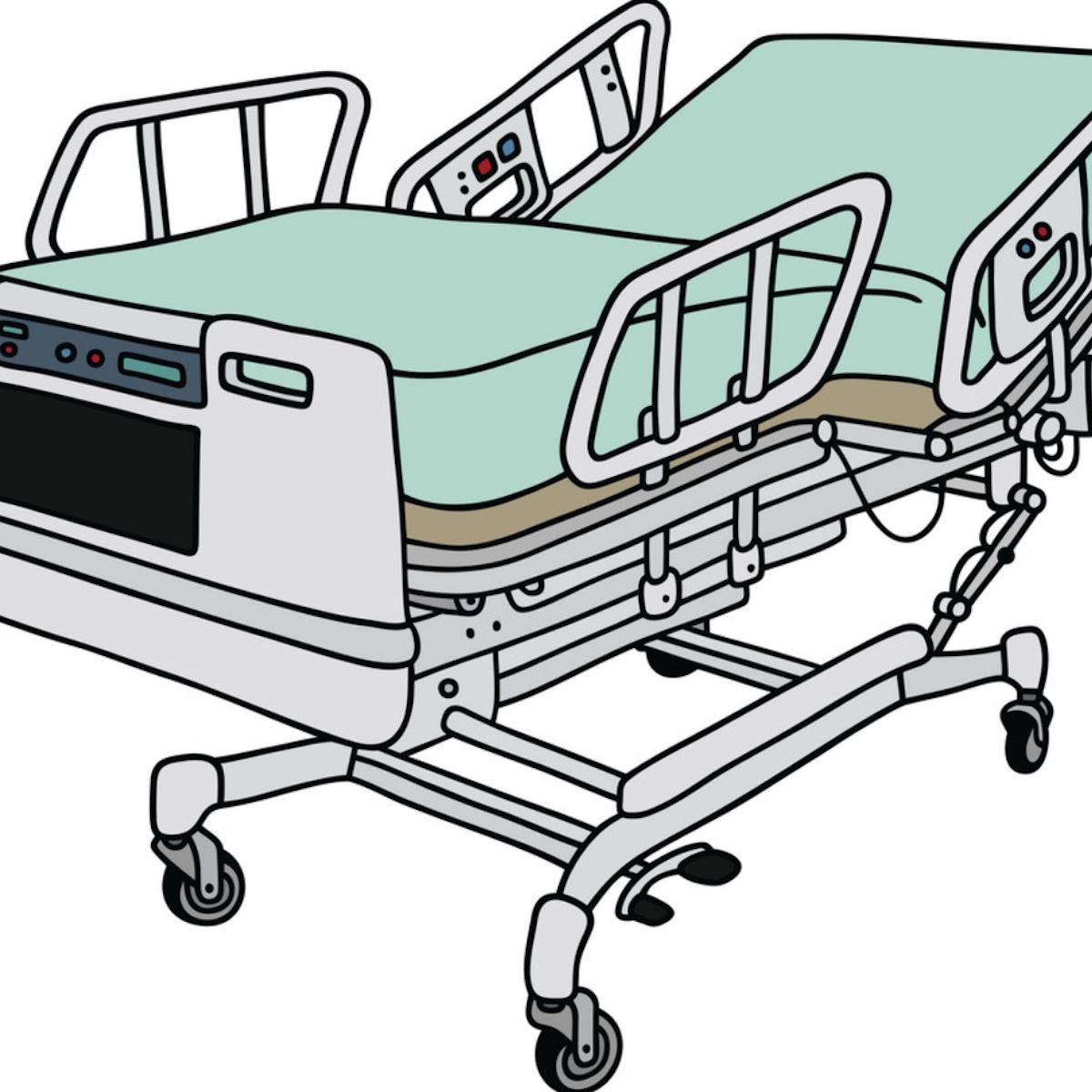 At one point, I was an only child, and I imagine that the spotlight shone on me. I don’t remember, however, as my younger sister came along less than two years later. I also don’t remember a time when she wasn’t ill and commanded all my mother’s attention. She was diagnosed at a young age with muscular dystrophy. While my father checked out to cope, my mother grounded herself by leaping into action, doing all the research she could and doting on my sister. We didn’t have much serious illness in our family; in fact, we had several relatively accomplished athletes. 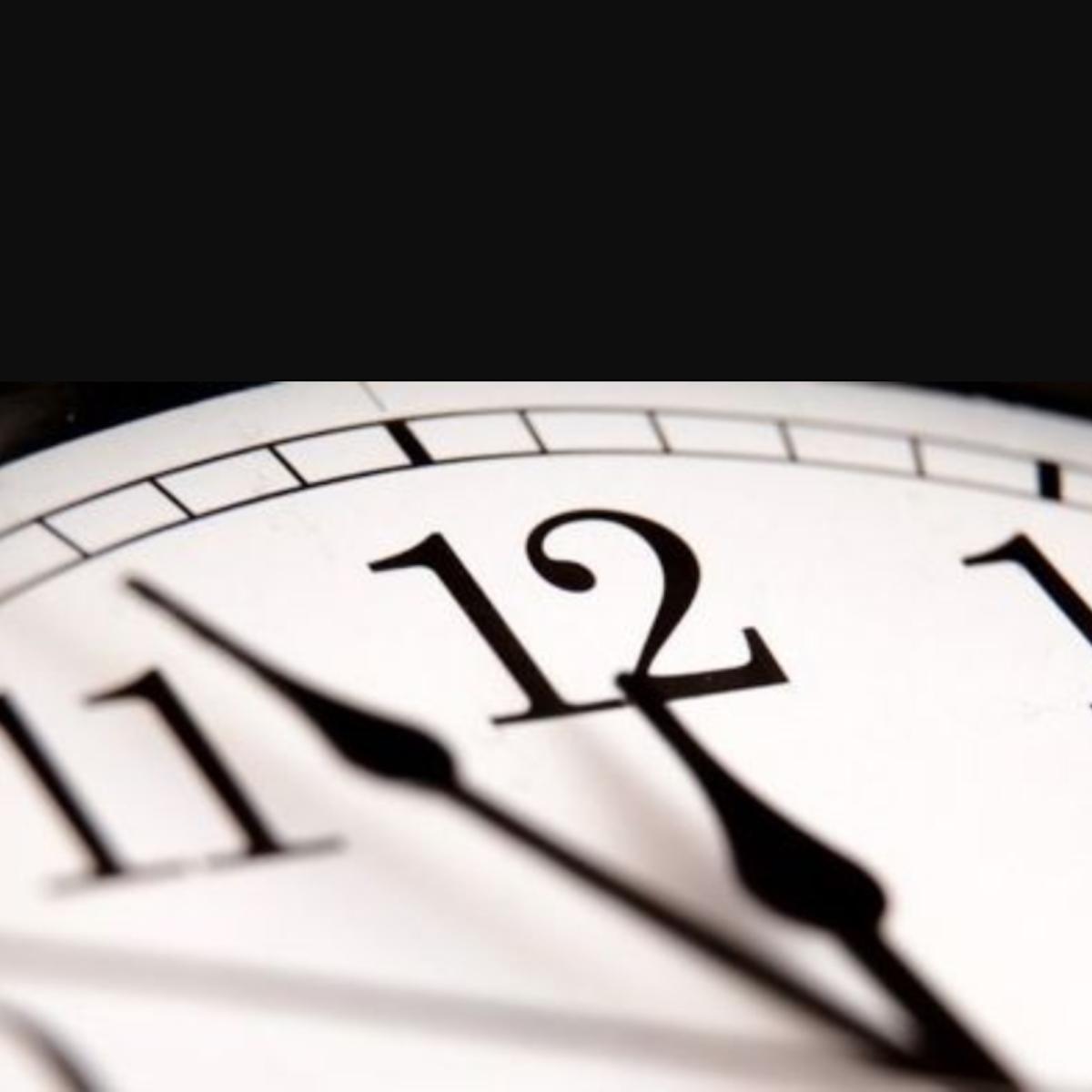 After hours of deliberation and arguments, Don Juan Rashid was sentenced to death by firing squad. It was a fate he knew all too well that was reserved by God for him, and he accepted it without any hesitation, almost praying for it to come, because when that first bullet would penetrate his back, there would be a well-deserved pain, and then an all too merciful sleep. "Finally," he breathed when he was sentenced, "a cure for my insomnia." 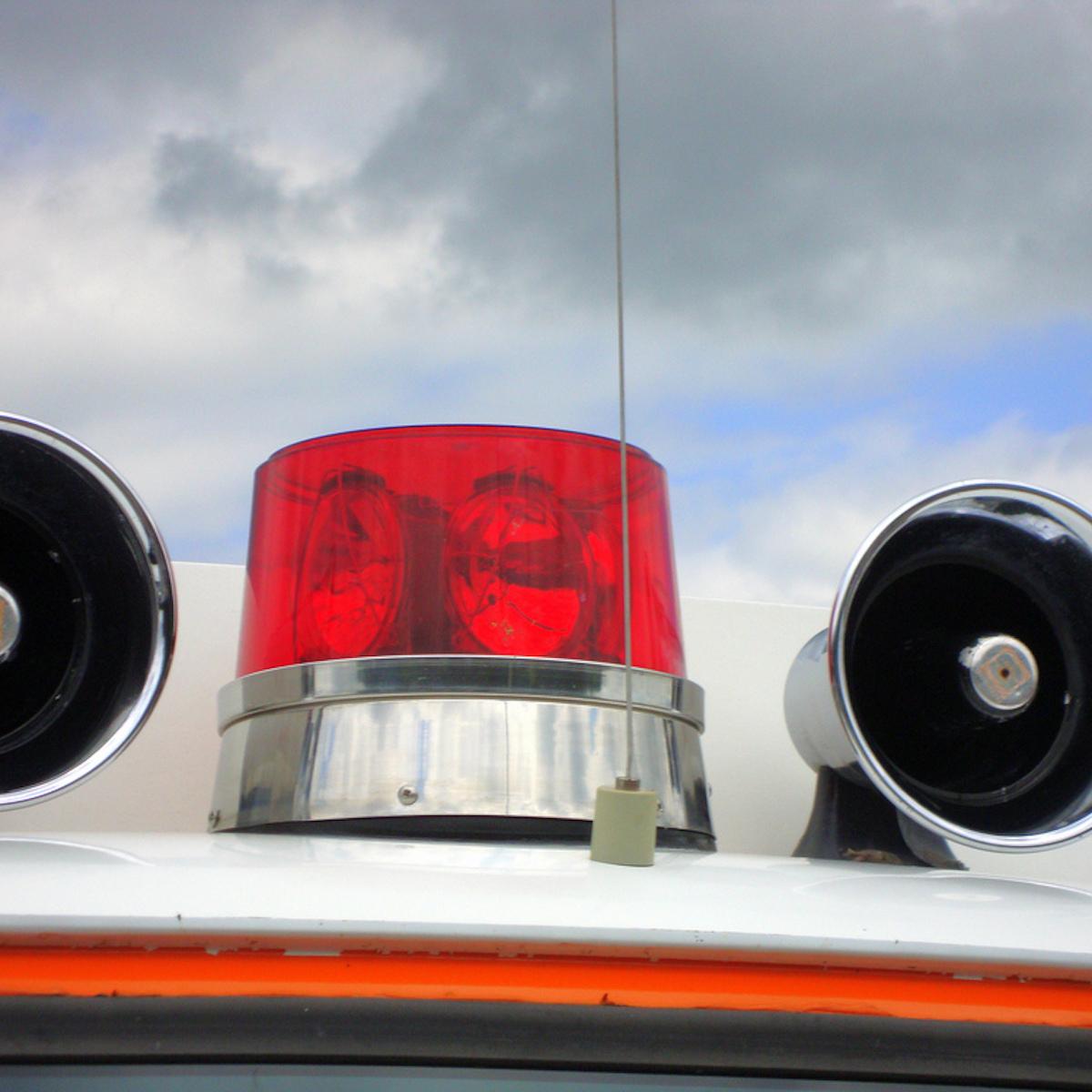 They call us the ghetto medics, 911 rig riders responding to emergencies in the 313. Bullets over our heads, gang fights by our trucks, drug seekers faking pain, and drivers trying to beat our lights and sirens; like they got something better to do. I didn’t even mention the patients yet, shoot I didn’t even start on the drama which is fubar; fucked up beyond all repair, and I would say this patient right now is just that.

“Manny, what is you doin’?” my partner Paul scoffed at me as I run over to the first patient.

“I’m trying to save this guy, what do you think?”

The Way the Waves Crash 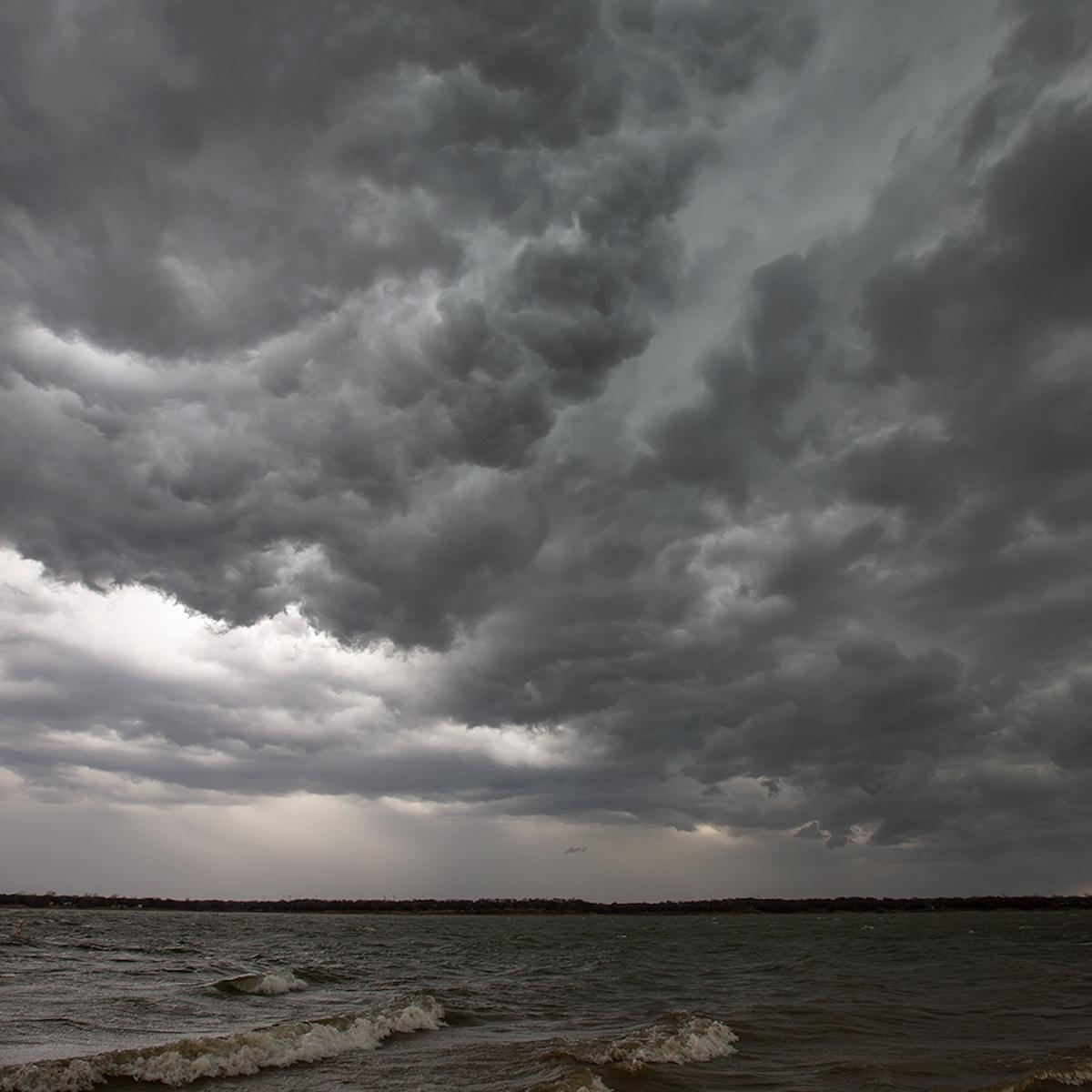 The bathtub sits empty, full of cold water, and cold hearts and cold memories. The sun seeps in through the window, and refracts against the water, casting rainbows on the white tile floor. Taho knows it is supposed to be beautiful, but it is the ugliest thing he has ever seen. He cannot bear the sight of the tub, cold and lifeless. He blames the bathtub. He blames his hands. He blames the grains of sand. But mostly, he blames himself. 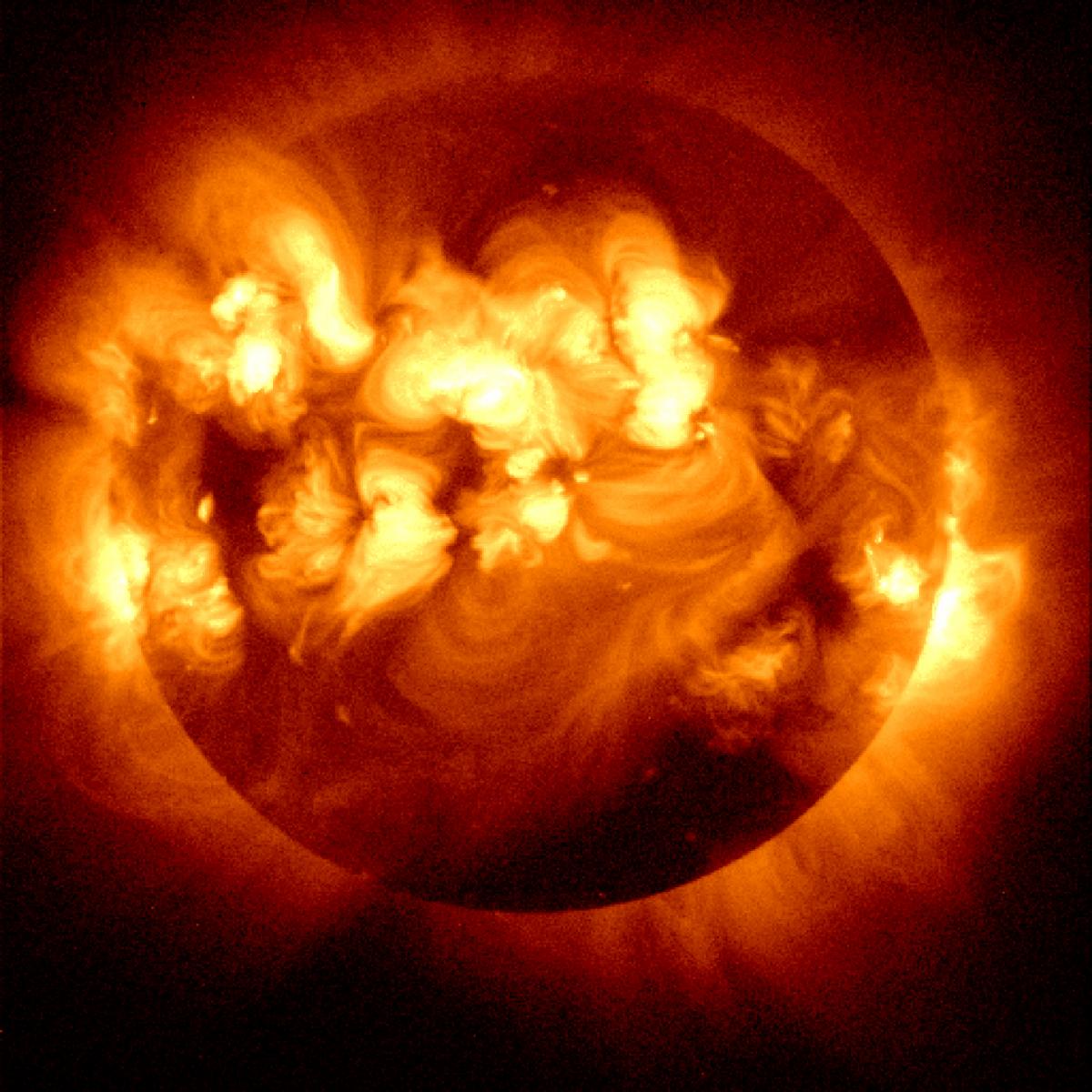 I was falling. I mean I had fallen before; from a bed to a plush carpet, a bus to the muddy ground, from the 13th stair all the way to the 1st. Yes, I had fallen before; always getting a scrape or a bruise or lesson, but I would get up. I would survive; they were never really a great distance. But at seventeen that fall from that bus felt like it broke bones, tore ligaments, ripped flesh a gape, but at 20, I know it was just a bruised ego, and at 14, when I missed that stair and my life seemed to flash before my eyes and I thought I’d die.

Love Through a Prism 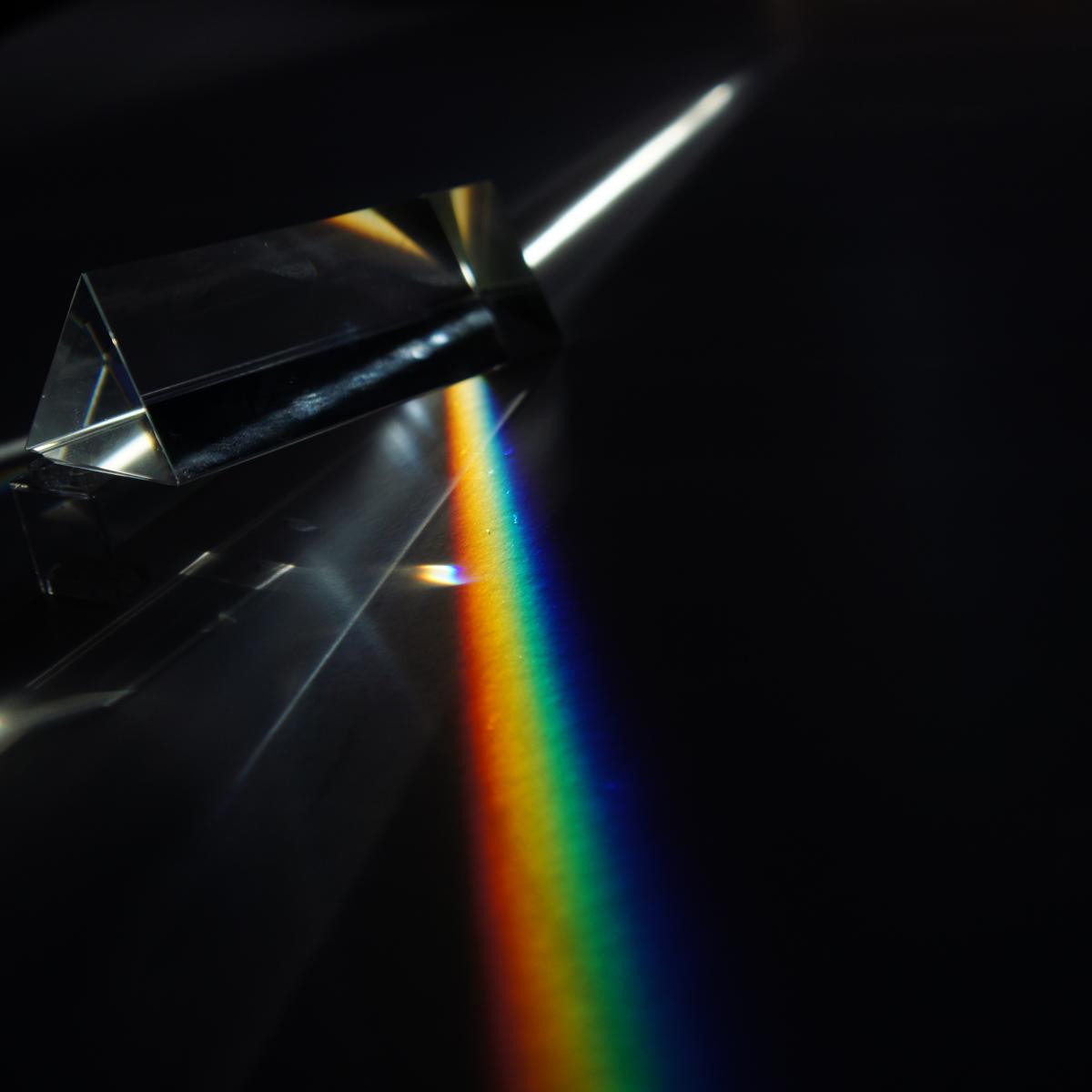 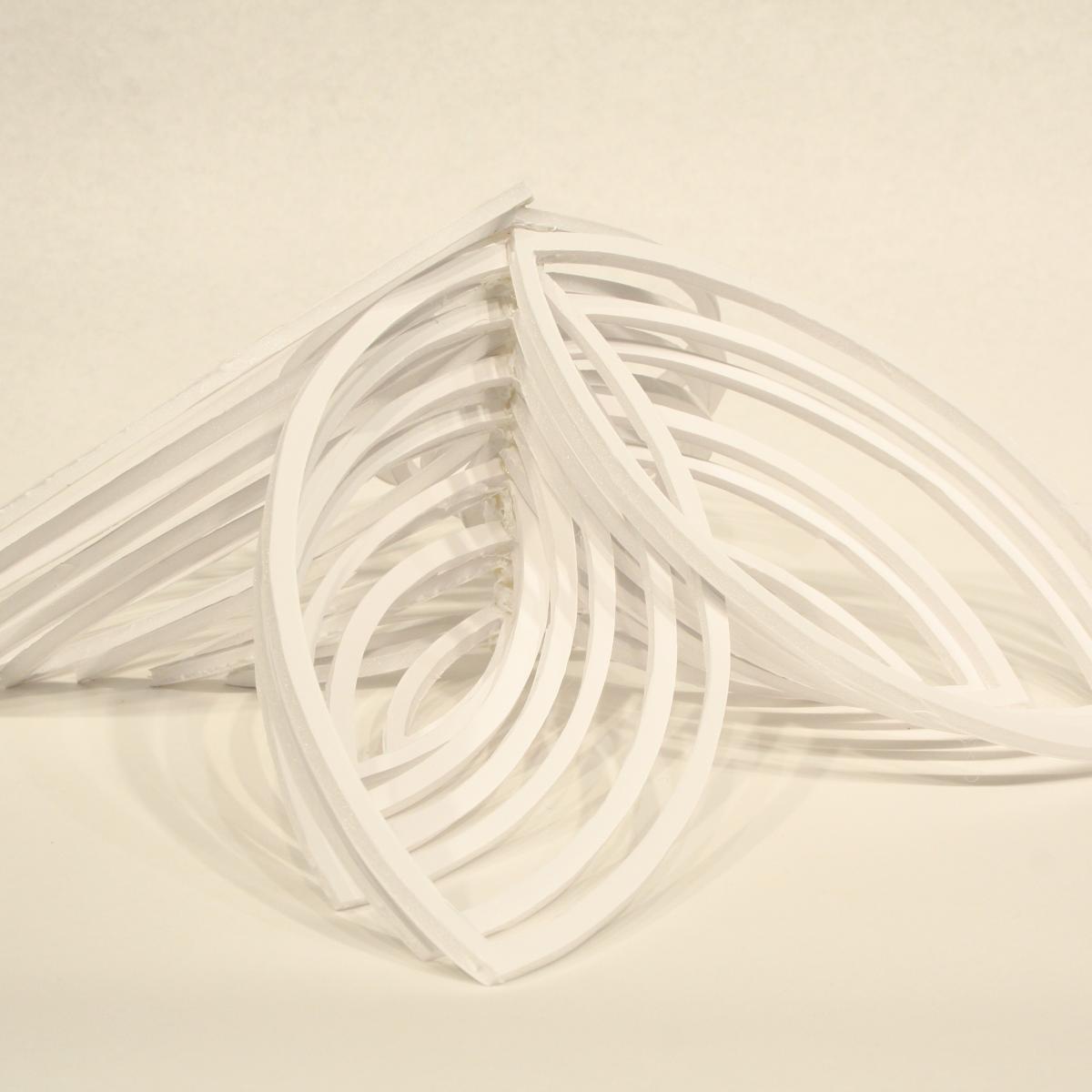 “I can’t do this anymore, I’m so sorry,” I whisper, kissing my sleeping daughter on the forehead. She stirs but she doesn’t wake. I head to the front door. My mother is asleep on the sofa, face set in the disappointed scowl that I’ve grown so accustomed to seeing. She always said I would never be a good mother, that I was too selfish and lazy to be able to take care of another person. She would get the last word again. I shut the door soundlessly, and then begin the short walk to the highway. 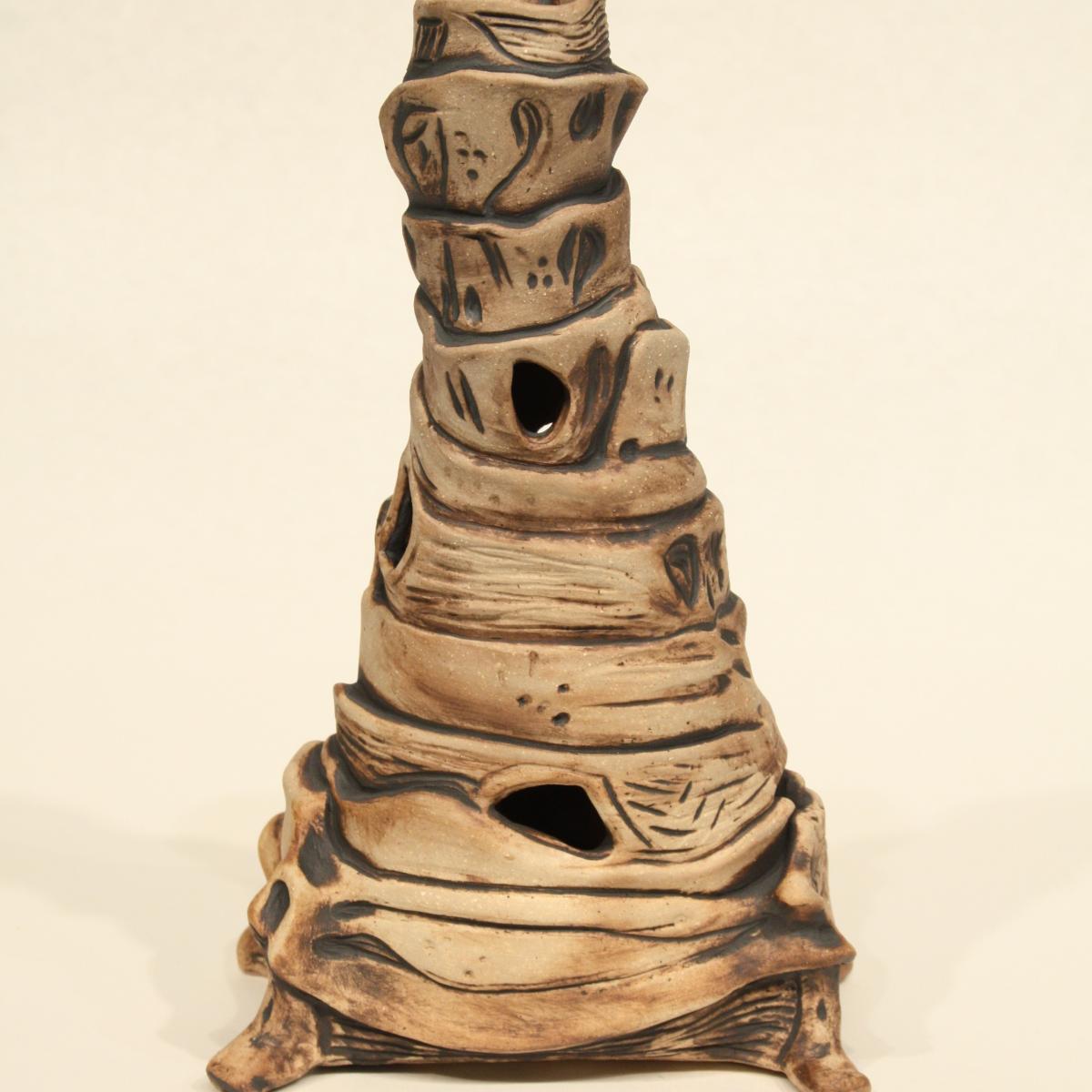 I didn’t look back as I untangled myself from my father’s grasp, and bolted for the front door, losing my vintage Zeppelin T-shirt for the effort. I blew through the threshold, unintentionally, but satisfactorily taking the screen off its hinges along the way. I tripped from the impact sending a cloud of red dust billowing into the air, as I smacked the dirt loose. I placed both hands flush on the ground pushing up with all my might. The fall had hurt my hip, not my head I knew why I was running and I knew why I couldn’t stop. Her history course was never that interesting. Dry reviews of the local natives and how much it sucked to be them. But today the professor had promised something different - a field trip. She gazed out the window of the small bus and watched the countryside roll by. The other students talked and laughed, white noise fading behind her. Her eyes followed the moving vegetation and power lines. She was skating along it somehow, so fluid and fast. Gray and brown, dust and dirt, until a sea of green emerged. 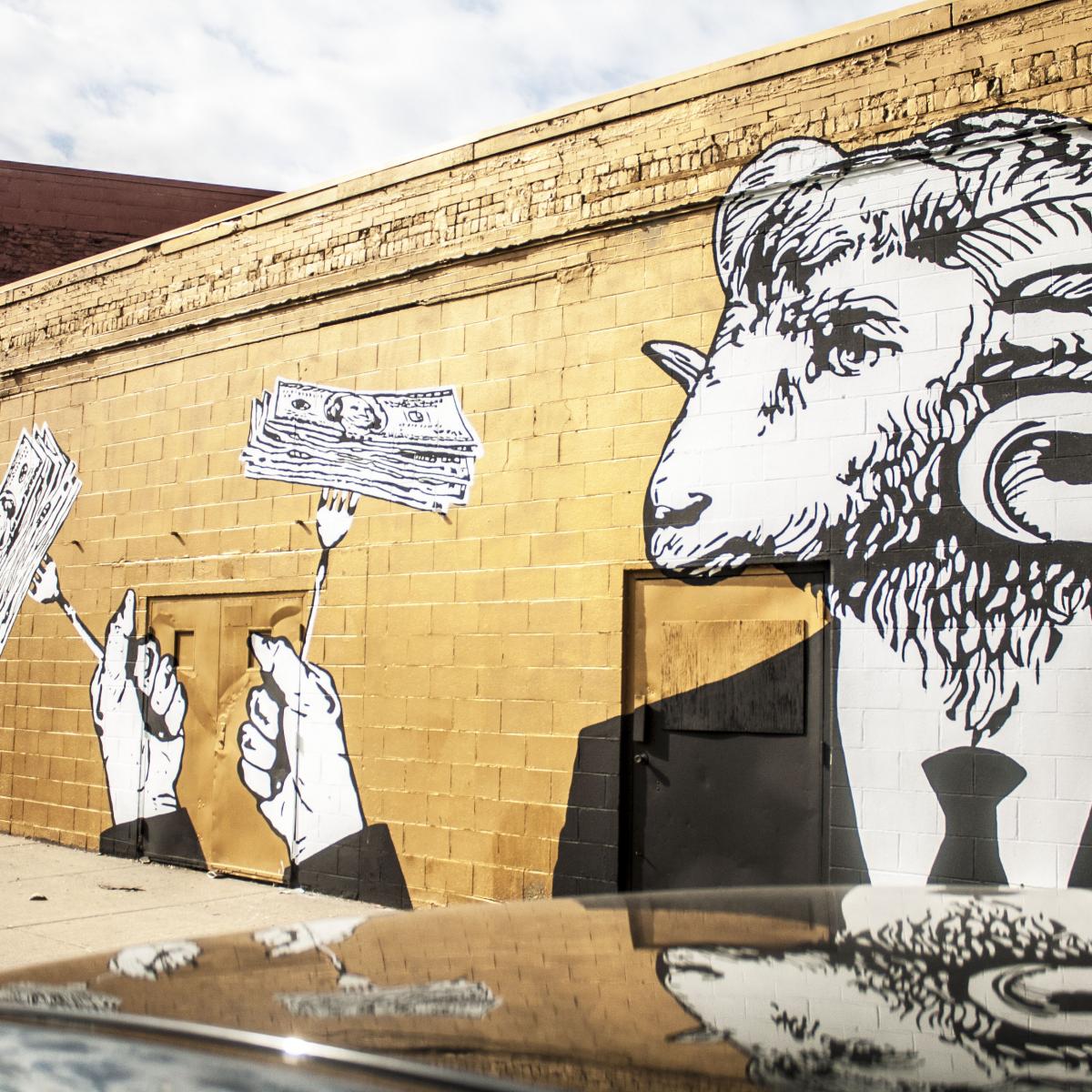 Let me tell you a story about Jimmy, I watched over the years his evolution and I acted in a few scenes of his play. I watched people scurry away, as if they were running from the funk of a skunk, leaving only me there to say, “Hey Jimmy, how the hell you been?”
I could not participate in the mass exodus, Jimmy was my neighbor possibly my friend. 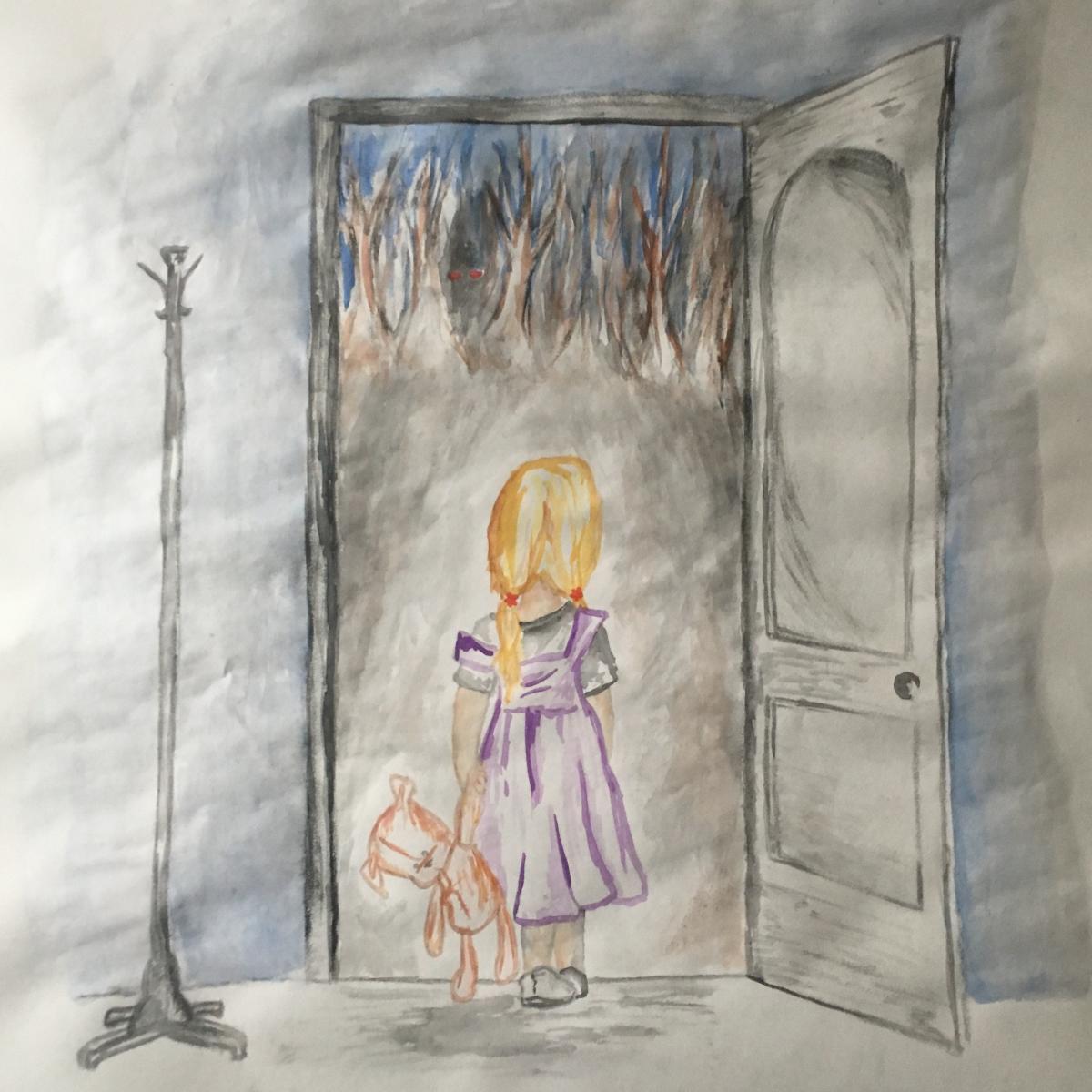 My grandfather is shattered. If I could see the damage, I imagine it would look like shards of a broken mirror, the glass all mixed up and scattered throughout the front yard. He digs, slamming the metal spoon into the wet dirt. Clumps of grass are discarded, left to dry out in the heat of the day. Their roots reach out like thin, white arms, each limb fighting to free itself from the black and green masses. They lay, upturned, wilting and left to die out in the sun.

"Grandpa?" I whisper, but he ignores me. 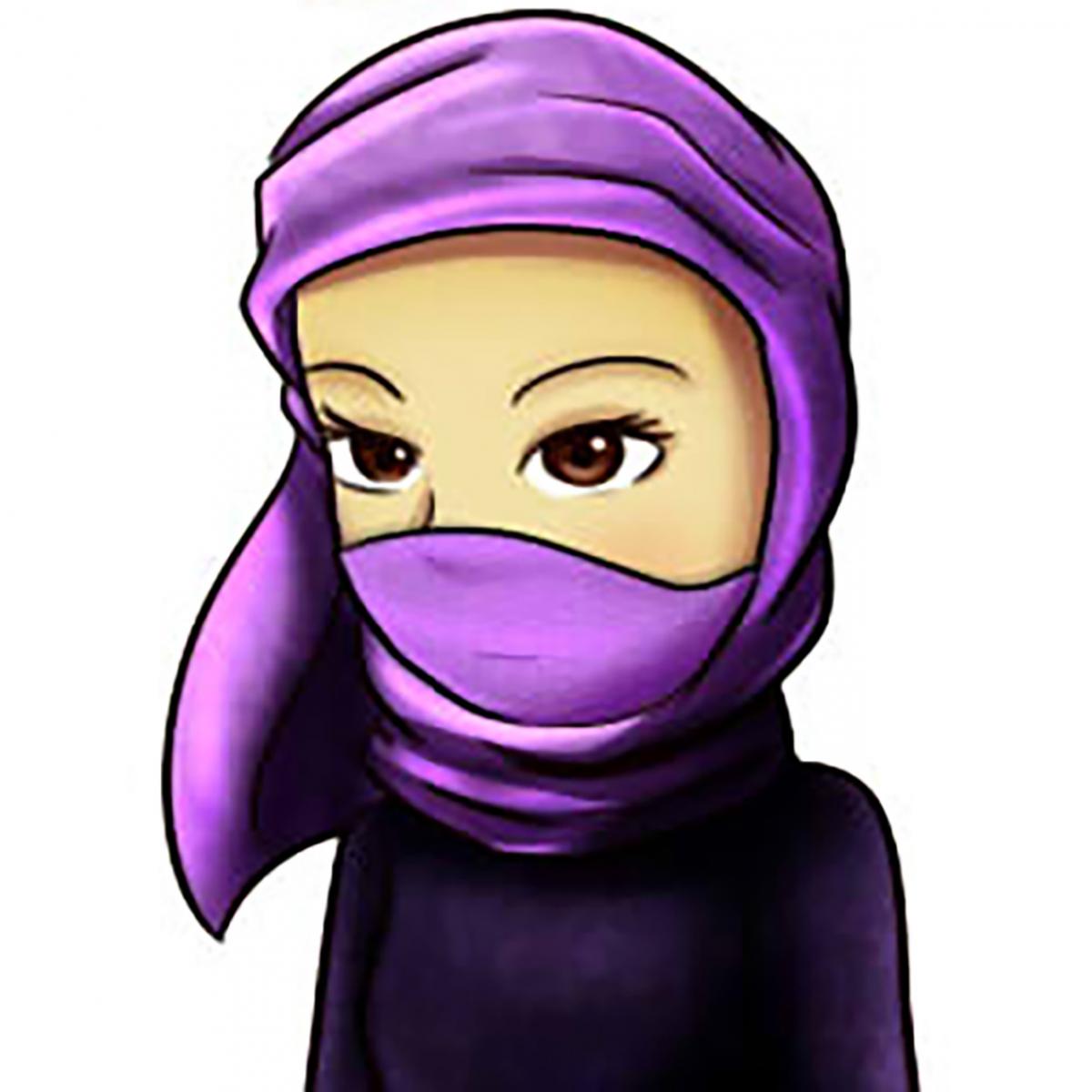 I realize that there are a pair of well-worn men’s brown loafers in front of the door next to the shoe cabinet that were not there before. What’s going on? The plates are clattering in the kitchen and I remember that I haven’t said anything yet so I quietly shout-out, “Assalam wa alaikum.” 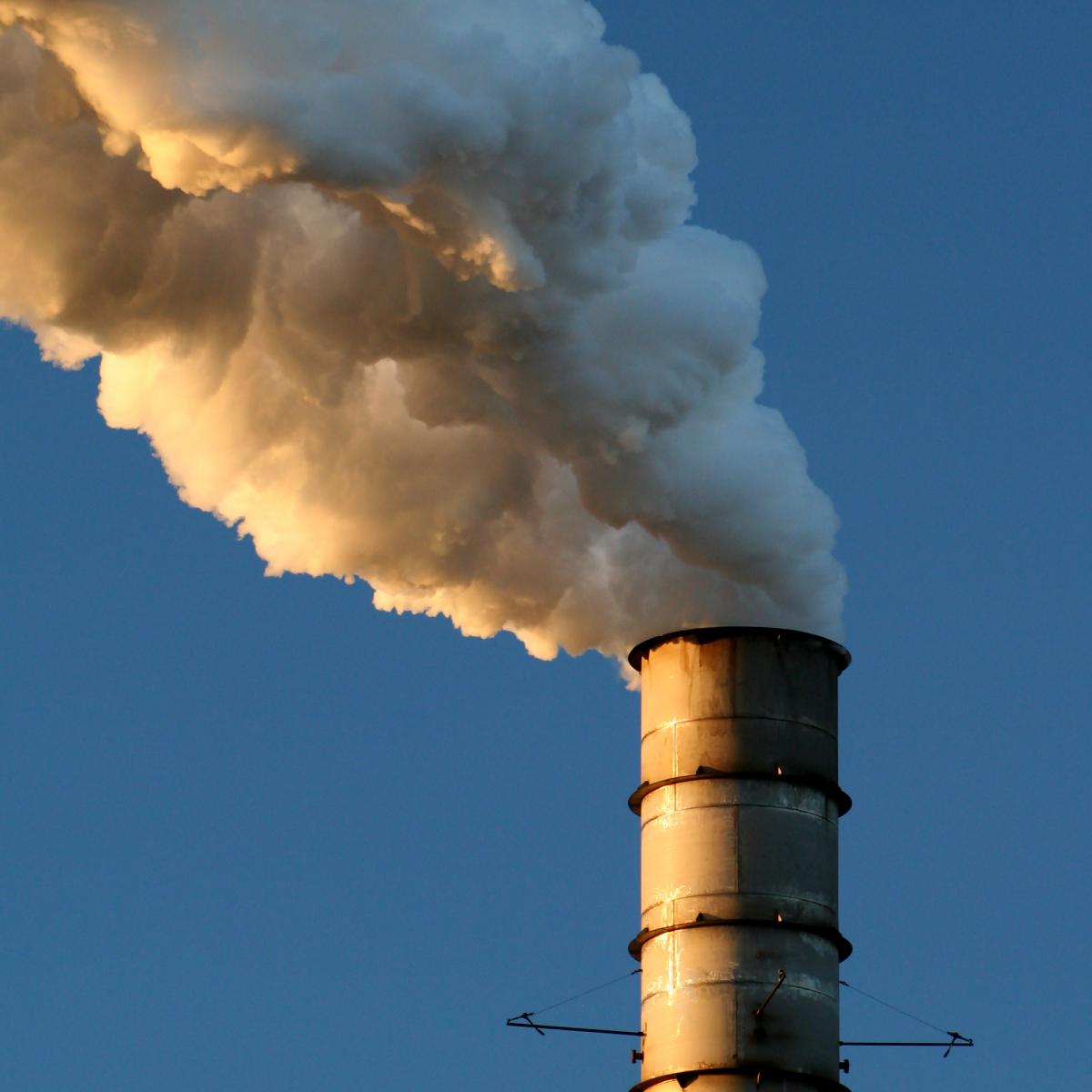 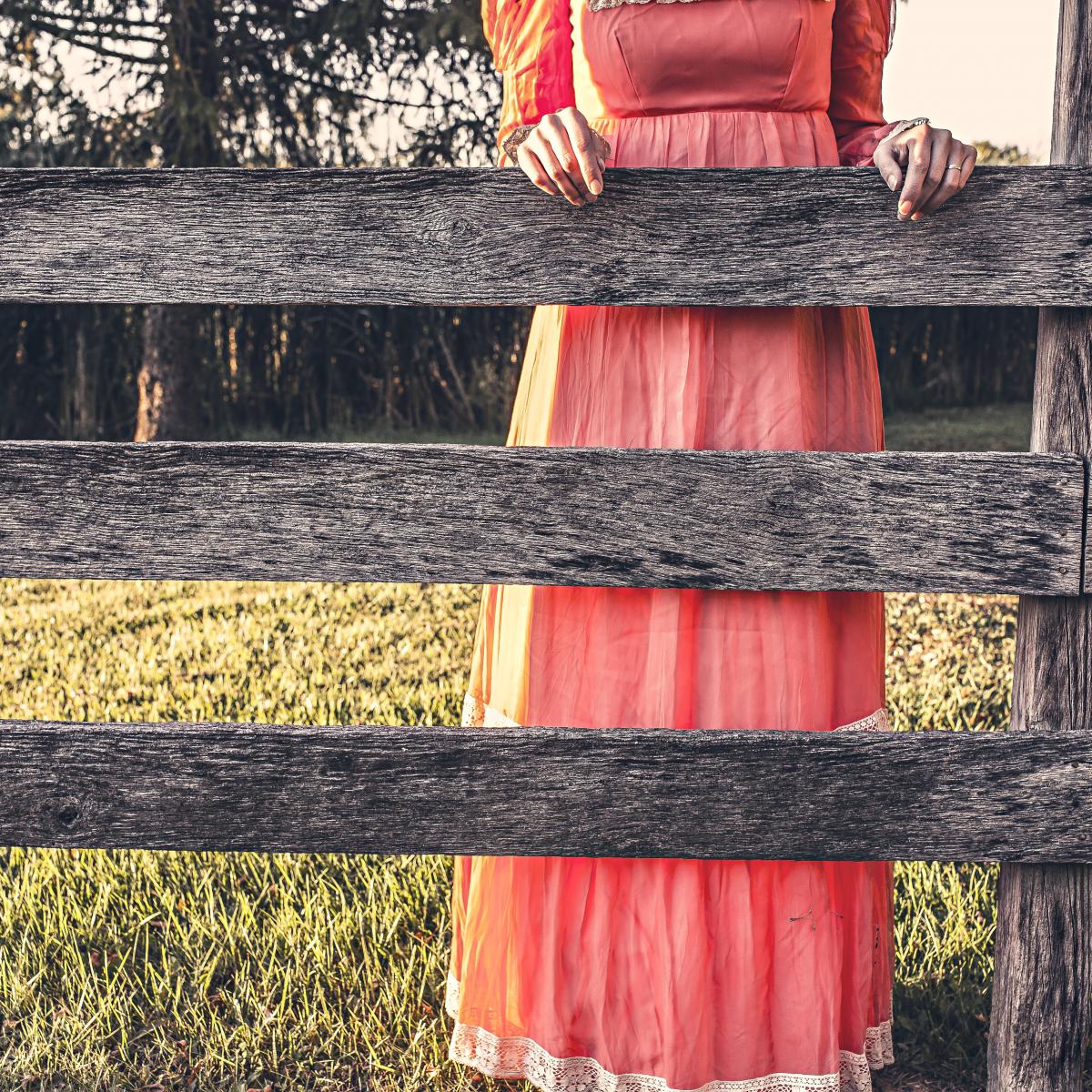 Translated Title: Exodus of the conflagration
Translated from Portuguese to English My life could be summarized as a series of beeps. More specifically, the beep that emanates from the grocery scanner that I find myself standing behind most days of the week. You pass an item with a barcode over its smooth, glassy surface and “beep”. A customer walks up to me and I recite the standard greeting. “Hello, how are you? Did you find everything you were looking for today?” Beep. “Your total comes to $39.67” Beep. “Have a great day, sir or ma’am.” Beep. Sometimes I make small talk with the customers. Even that comes out as a beep though. 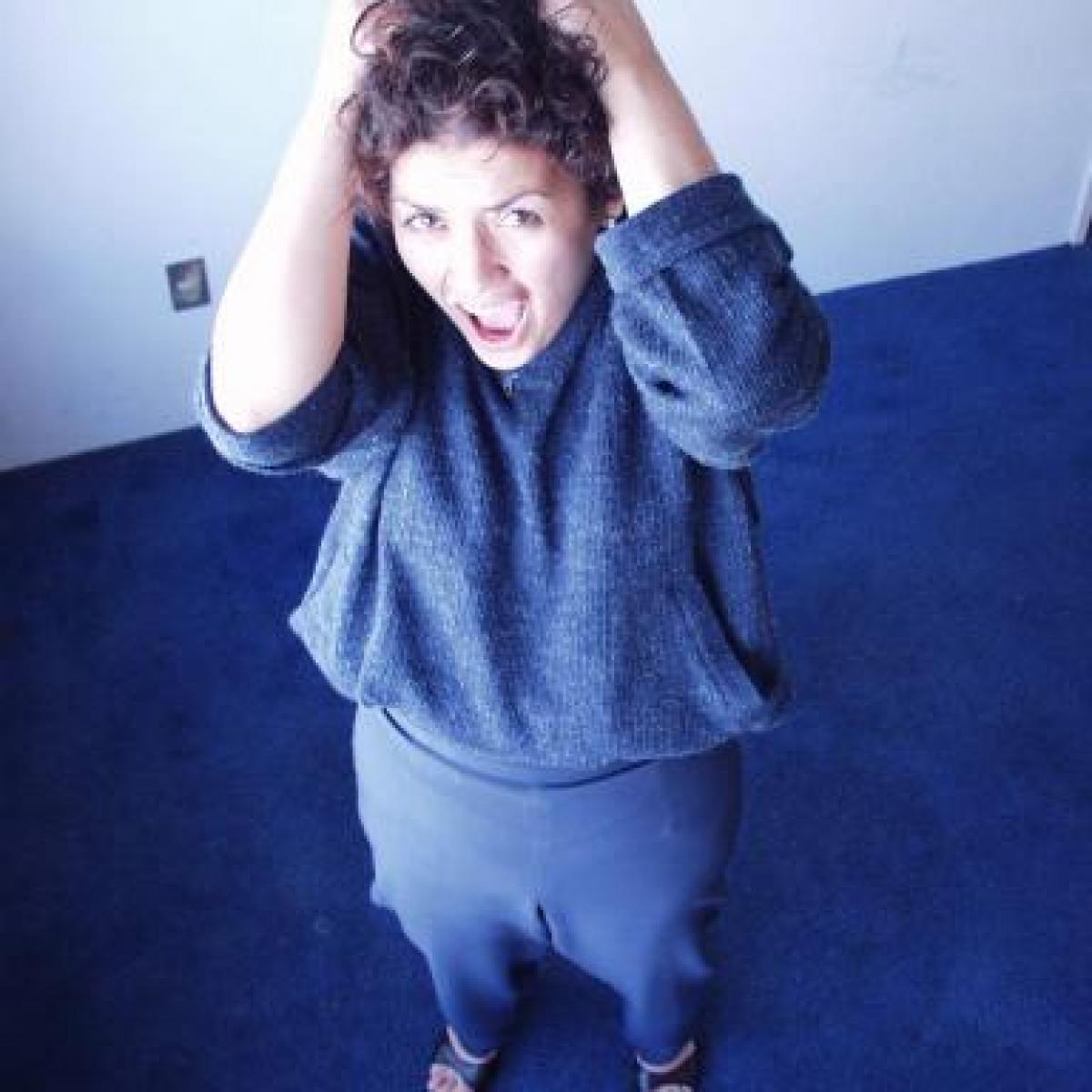 Henry Ford Community College’s newest instructor, Bonnie Santana, who worked as an aide at two different junior colleges before taking her current position, claims she is pretty sure she’s never worked with as immature a group of people as the students in her history class.

“It goes beyond ridiculous,” said a frustrated Santana. “I mean, someone can say the simplest, most innocent thing, and nine times out of ten, one of these hyenas will run off with it—usually in the direction of some double-entendre or childish tangent.” 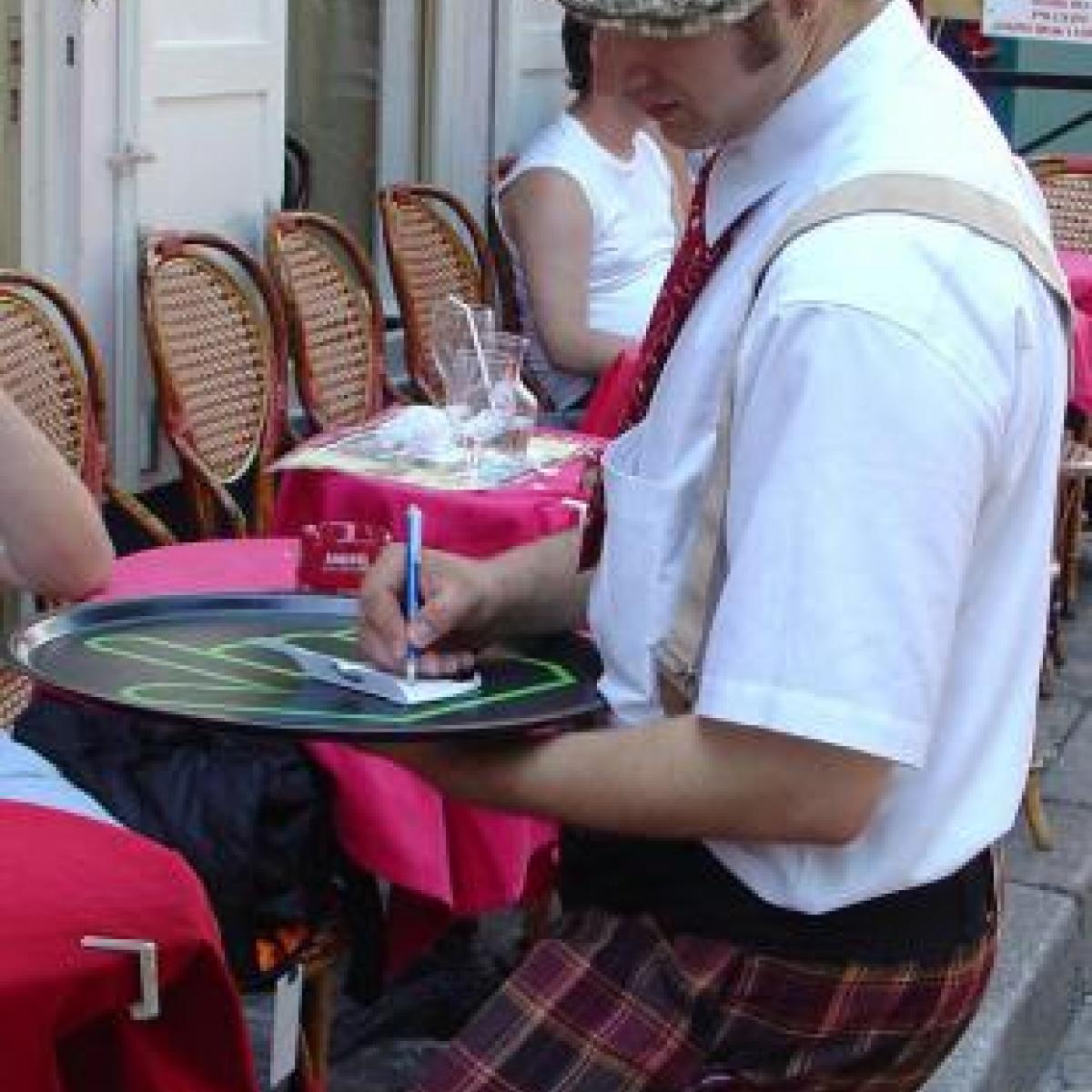 Nearly broke and on the verge of eviction, Foods ‘R Us waiter Stuart Tottle decided last week to cash in his substantial savings of service-related compliments and guest appreciation.

Tottle was able to cover his bills—rescuing all from “past due” or “shut off” status—and bring all but three completely up-to-date. Once a year, a small but brave group of U of M students makes a daring 5,280 foot sprint across their Ann Arbor campus…minus their clothing. Now, in the spirit of camaraderie and sisterhood, the University of Michigan – Dearborn has decided to join in on the long-standing tradition of exhibitionism that is the “Naked Mile.” 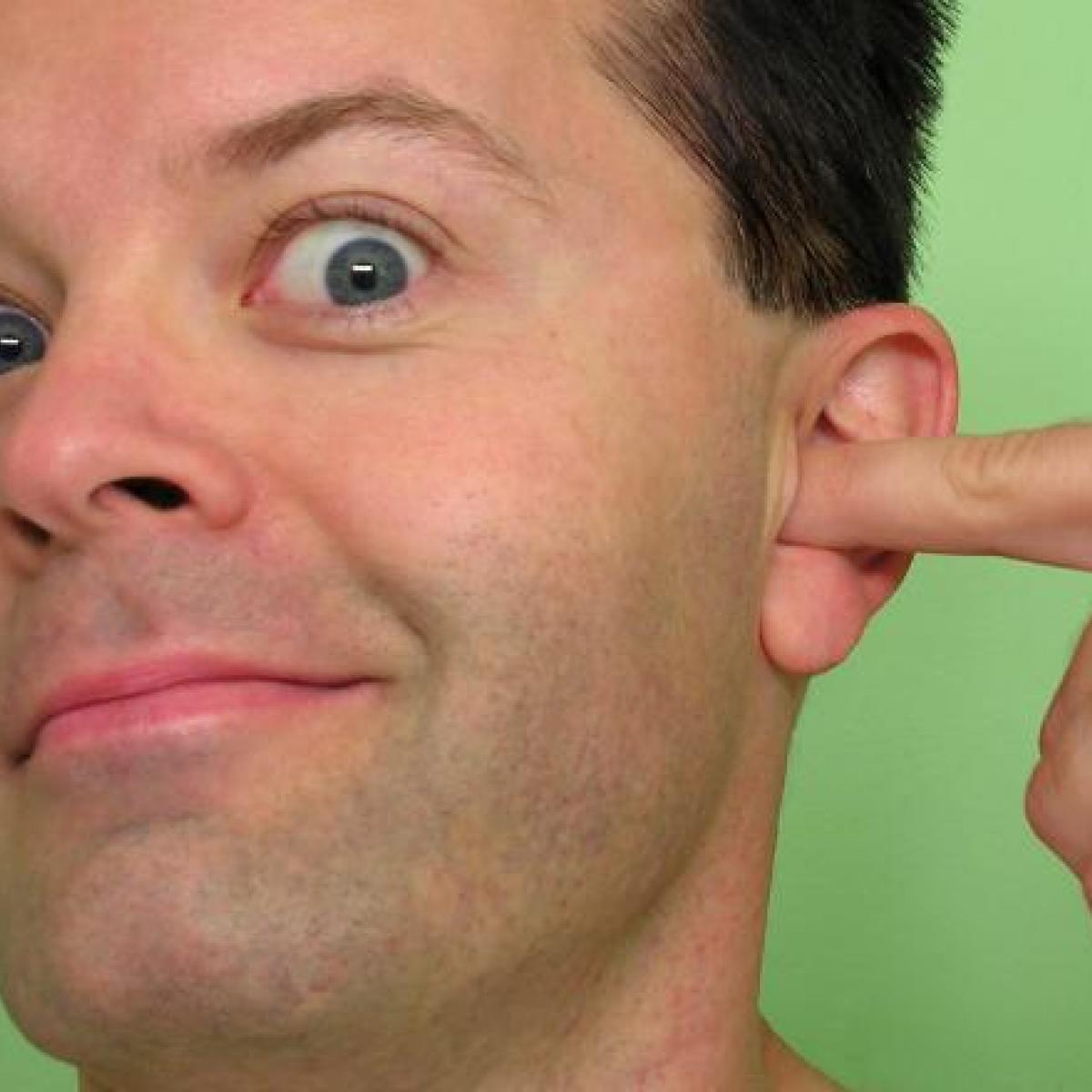 An employee at the Taco Hut on Telegraph Road in Dearborn Heights gave what many would consider sub-par
service, and then told on himself before the customers could complain to management.

The cashier, Demetrius Lake, who has been with the company for almost six months, said that while he would agree the service he delivered was not his best, “it wasn’t bad enough for them to ask to see a manager.” 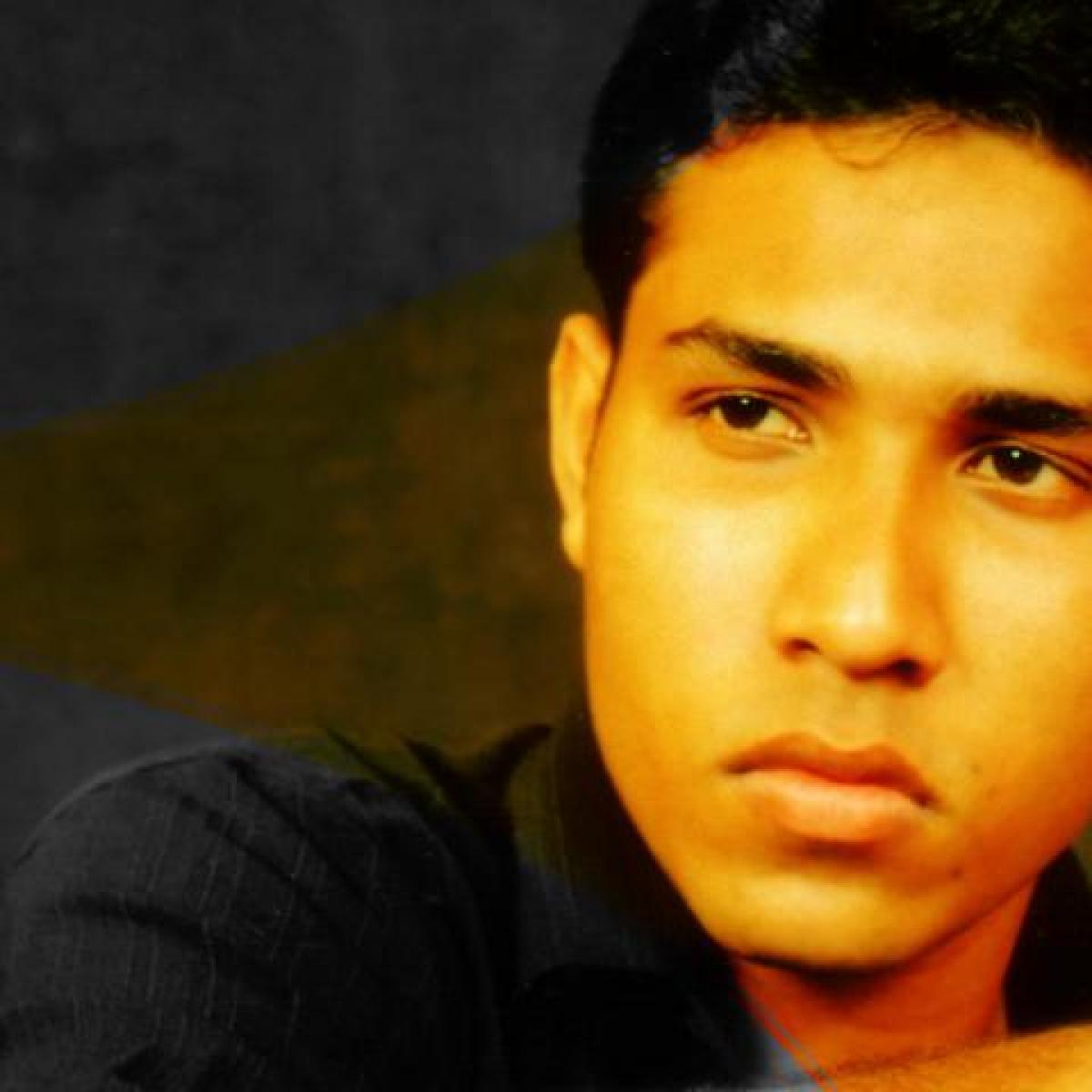 Steve Sutton, a former student at Henry Ford Community College, said he was “deeply disappointed” by the reception he received when he visited his old campus for the first time since leaving in favor of full-time employment.

”When I left HFCC after the spring semester, the people I’d gone to school with—teachers, classmates, and even the food service workers—seemed genuinely upset that I was leaving,” said Sutton, who attended HFCC for three years. “I mean, sure, there are some new faces there now, but I guess I kinda thought the old crew would be happier to see me. 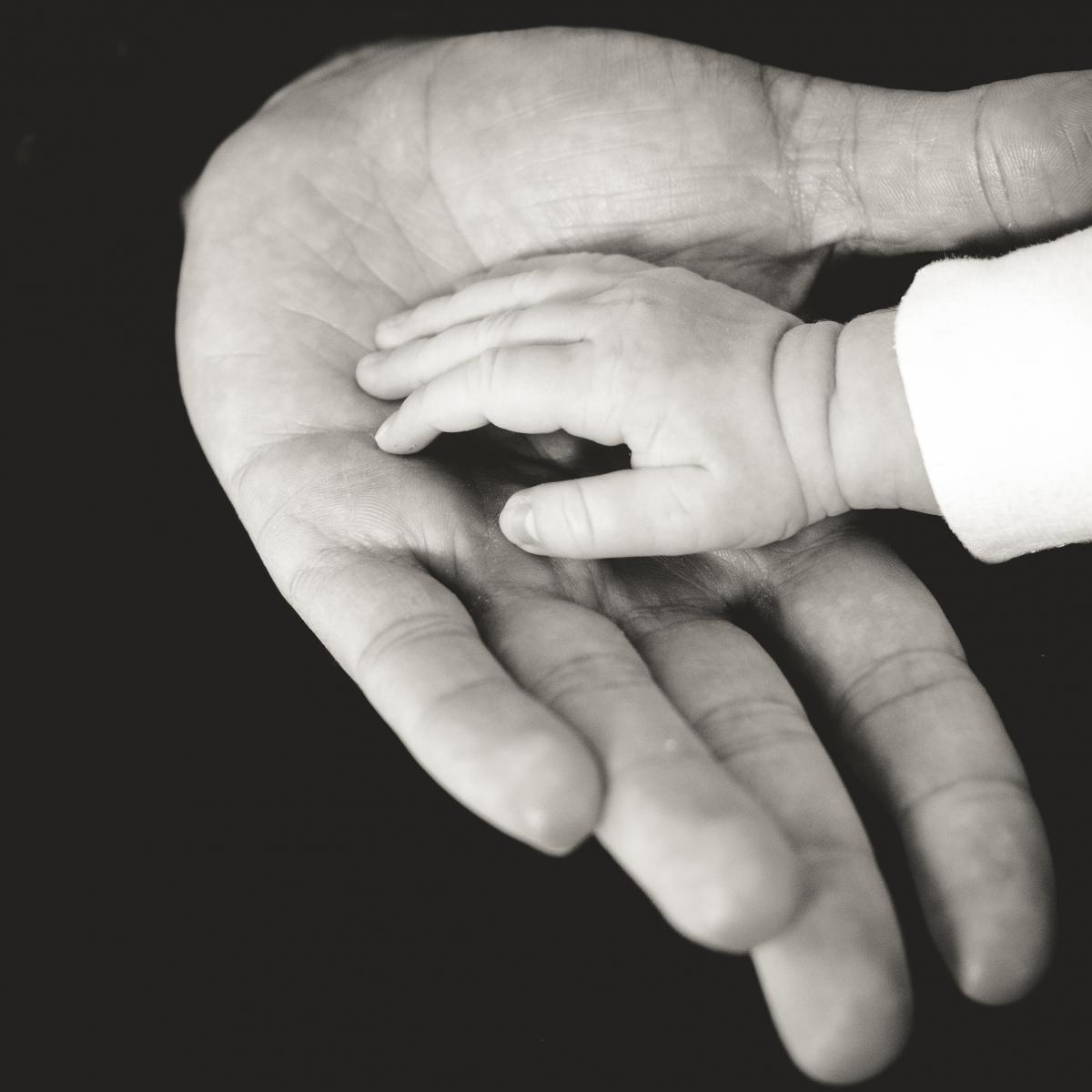 Brian Burke, a new geology professor at Henry Ford Community College who recently became a father for the first time, may need to catch up on his sleep. Since his wife came home from the hospital with the couple’s healthy newborn last week, Burke routinely forgets when he is supposed to teach, continually gives assignments and grades to the wrong students, and has developed a habit of losing things. Yesterday Burke misplaced an entire stack of take-home tests. 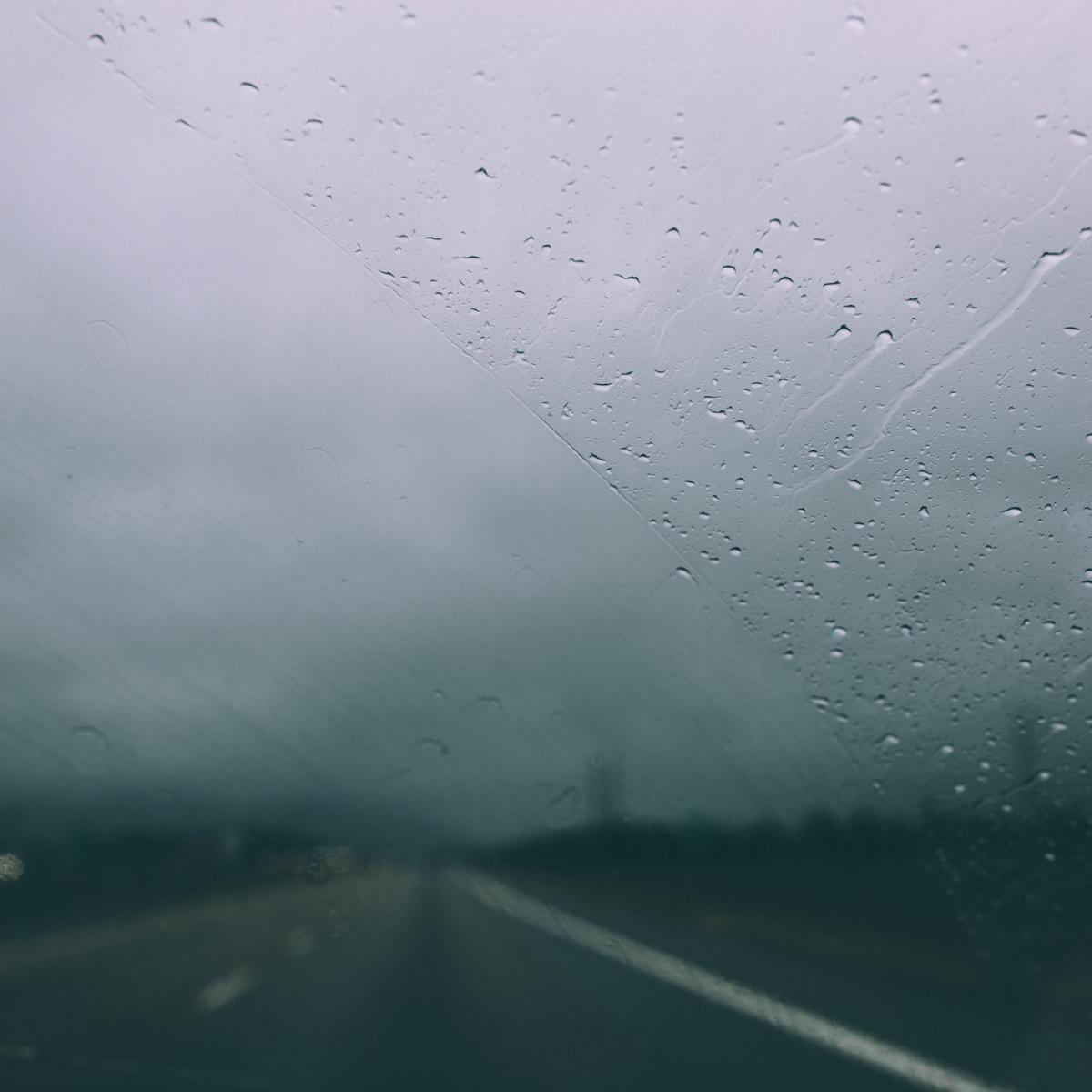 A new restaurant, designed to treat diners to the effect of eating while in the midst of a natural disaster, opened on the campus of Henry Ford Community College last week to mixed reviews. The biggest knock against the concept, it seems, is the downtime for cleanup the restaurant requires between each seating.

General Manager Marley Biggs, a Dearborn resident and HFCC graduate, estimates the staff spends approximately four hours cleaning up the various dining rooms, in contrast to the roughly 45 minutes it takes for diners to consume their meals. 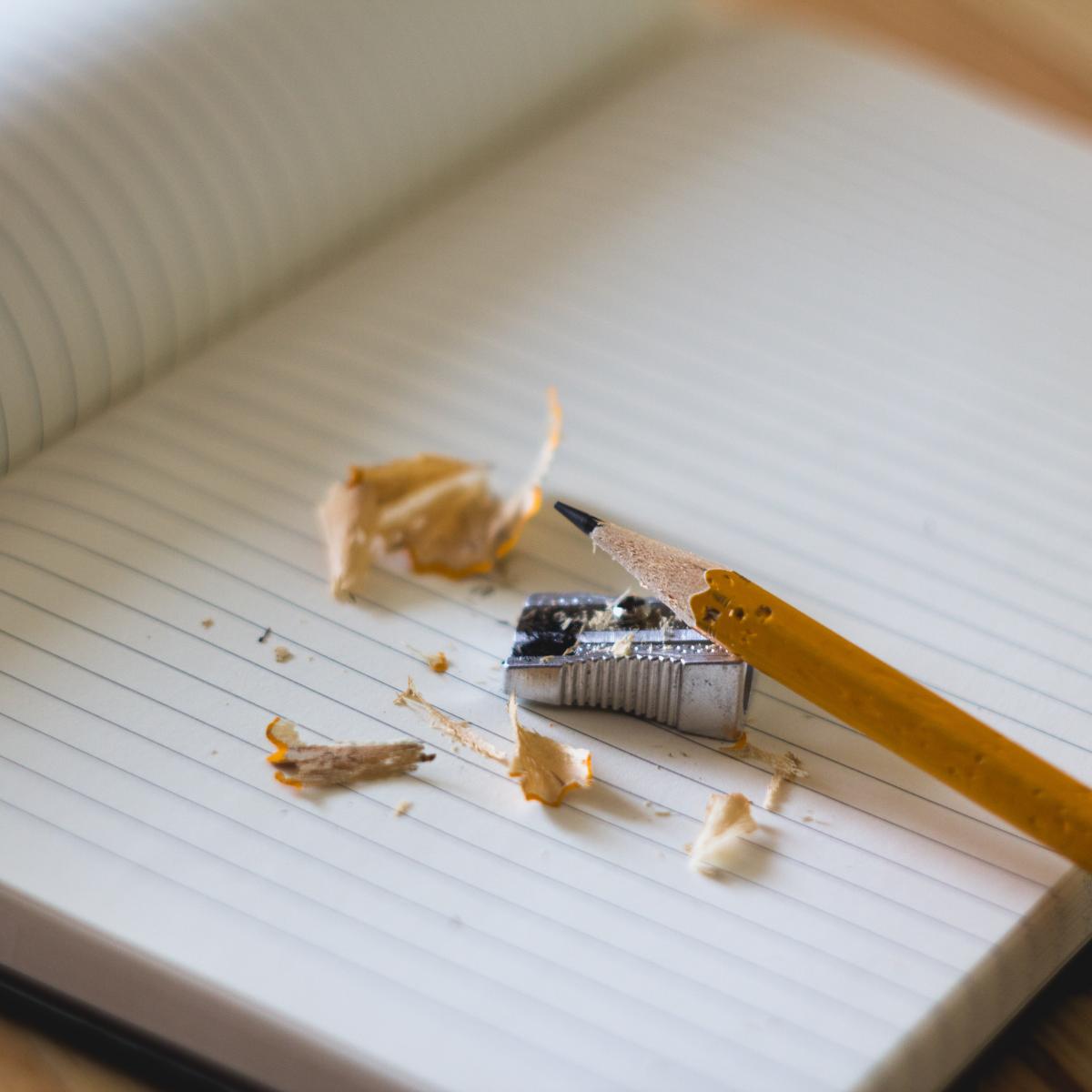 After initially getting angry, she wisely turned to voodoo instead.

Terri Lawson had heard the saying “don’t get mad, get even” many times, but when several of her students complained about the difficulty of her tests, the Basic Packaging & Shipping instructor saw it as an opportunity to put the axiom into practice. 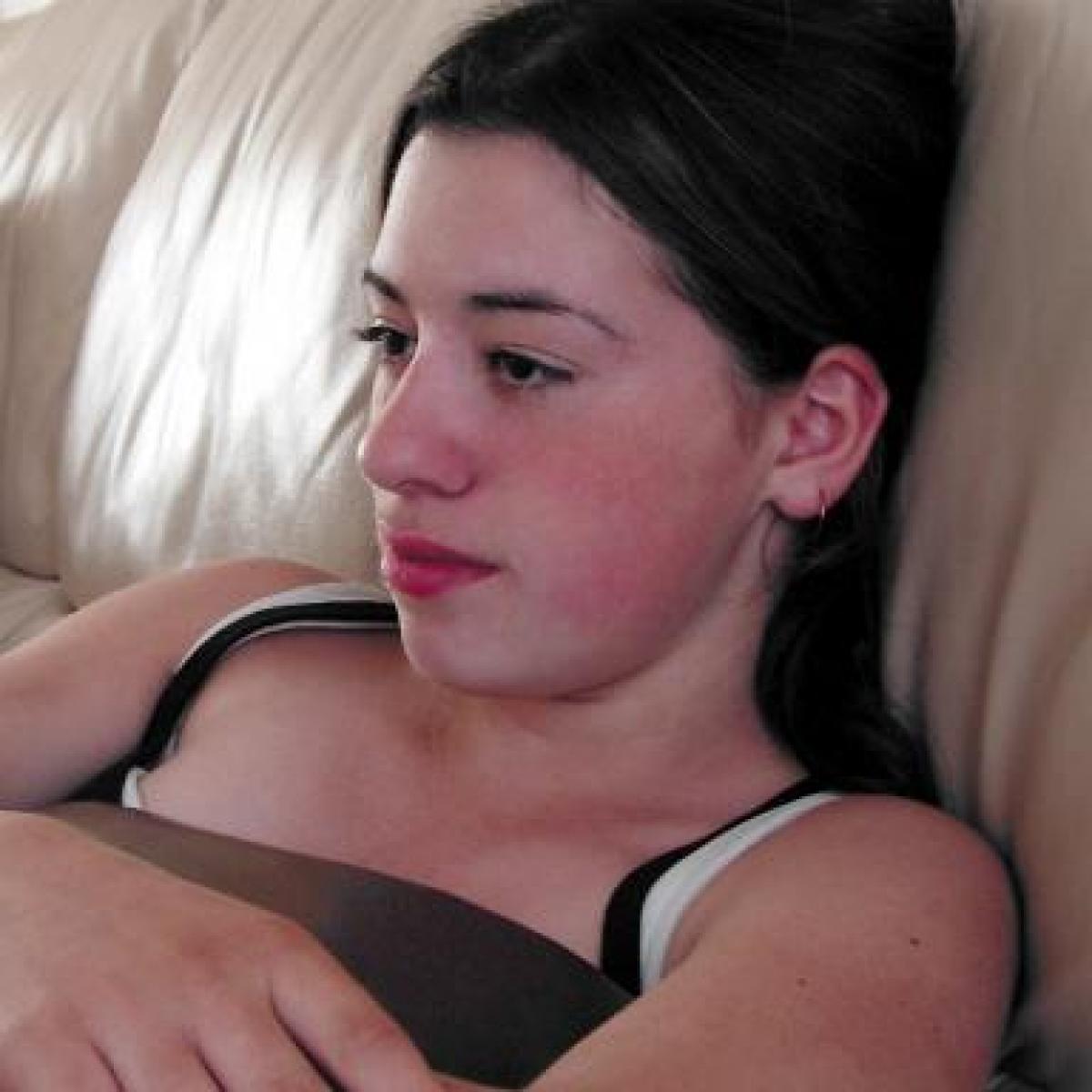 Surprising her friends, family, and even herself, Henry Ford Community College Aircraft Maintenance student Sarah Tansen, who has been out of work for almost three weeks due to a nagging ankle injury, said staying home and collecting worker’s compensation is not nearly as fun as she thought it would be. In fact, Tansen was overheard telling friends that her new schedule is “actually kinda boring.”