The Story of Her When we were younger, we’d lean against the flowered sofa, our eyes fixated on the movements of Siti’s frail hands. Mesmerized, we’d watch as she massaged one month old Ali, as the olive oil would seep into the deep creases of her hands, like the rings of a tree, an indication of bittersweet age. Her youngest grandson, whom we called Aloushi, lay on the patterned rug, squirming beneath her touch. She’d continue to massage him in the olive oil, then wrap his tiny torso with the white cloth of fuschia and turquoise stripes that babies are given upon hospital birth.

Where the Pigeon Lands I am nobody, which allows me to be anybody.

It can be liberating that people don’t know where I belong. Outside Dearborn, people see me as a Muslim Arab-American, but in Dearborn, my tan skin fits in with any culture, especially in the summer. I’m not too light to be mistaken for a Yemeni, not too dark to be mistaken for a Syrian, just in the middle. When I open my mouth, it perplexes people more.

“What dialect do you speak?” 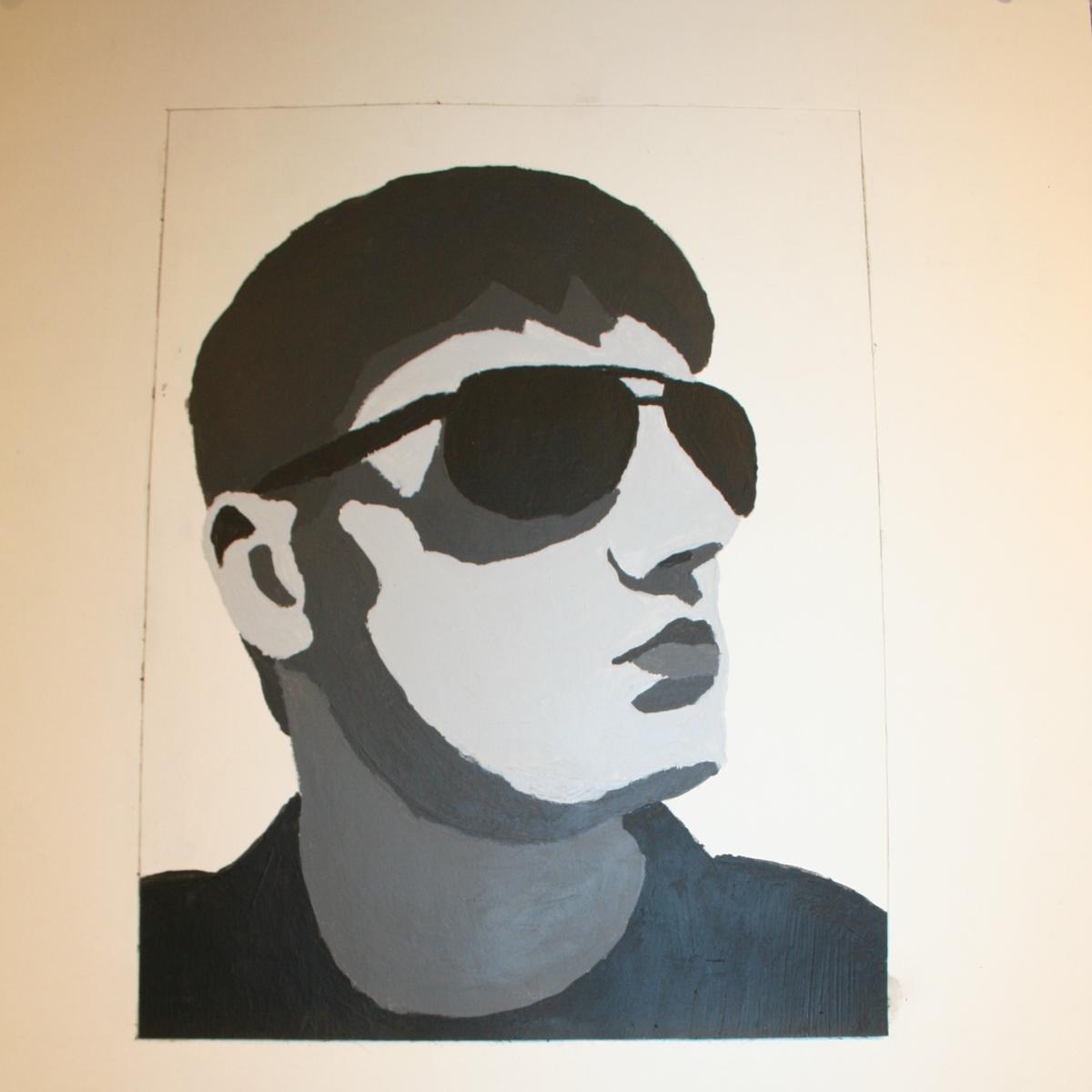 “You cheating bastard”, I heard my mother yell as I made my way up the sidewalk to our trailer, some single wide mobile home that managed to make it out of the 80’s. It was beginning to crumble around us as our makeshift family did the same. I pause outside of the front door not knowing what conflict I would be walking into. 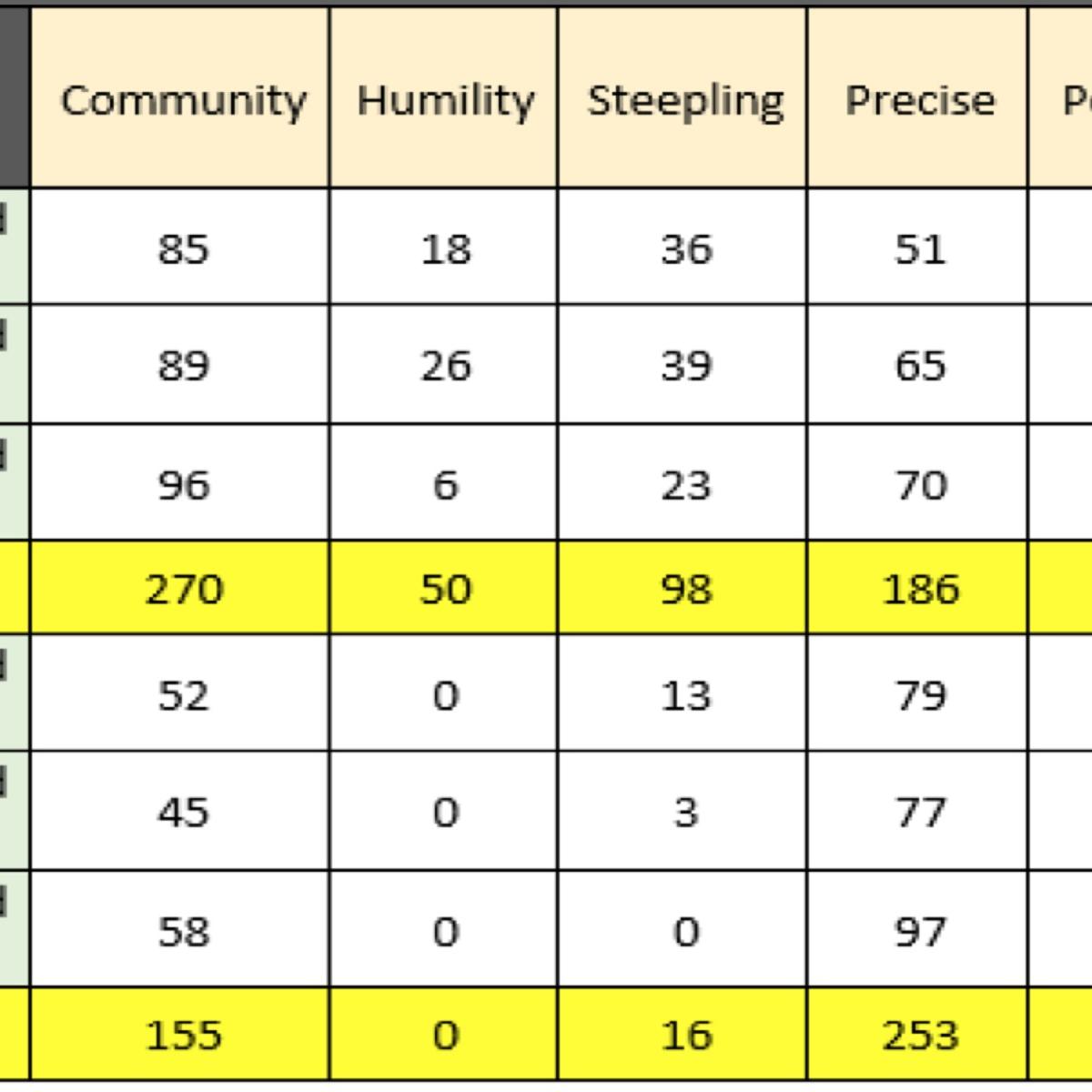 Abstract - Nonverbal communication is displaying of emotions, feelings, and messages through actions and expressions rather than words. Research indicates that 93 percent of human communication is done using body language (kinesics). The objective of this paper is to understand how positive hand gestures have a greater effect on the audience and less to no hand gestures will have less effect on the audience. The paper uses different types of hand gestures during the 2016 presidential debates between Hillary Clinton and Donald Trump. 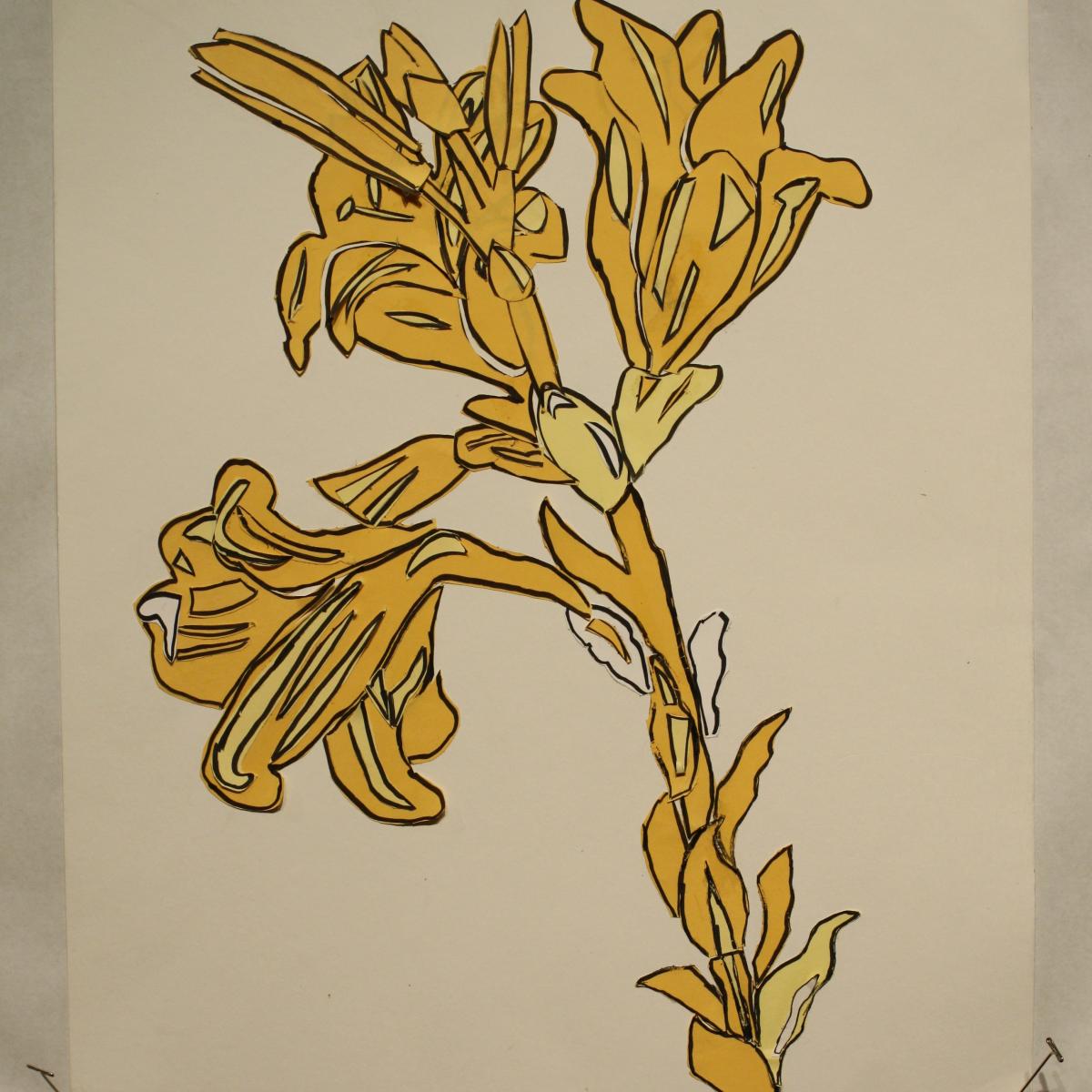 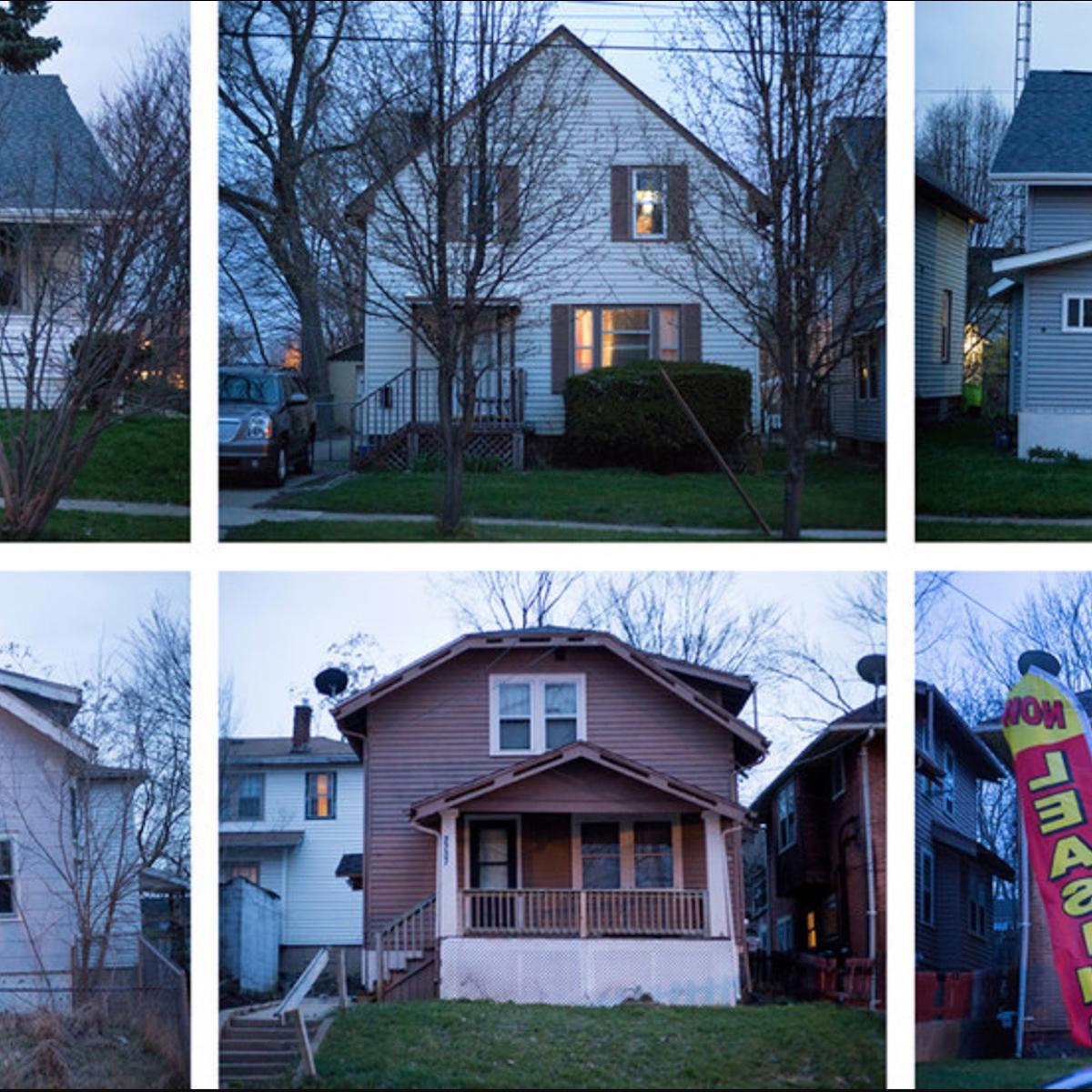 The house across from me is vacant. My neighbors and I take turns mowing the lawn, but we can do nothing about the hole in the roof. Through the windows, we can see that the water is destroying the inside of the house. I find it ironic that we are all drinking bottled water now because the city water is bad, and yet even the rain here is causing irreparable harm. What should be a life-giving symbol, water, is poisoning our bodies and destroying the houses. We have replaced all the plumbing in our house, the water heater, the boiler, the faucets, because the corrosion ate it all away. 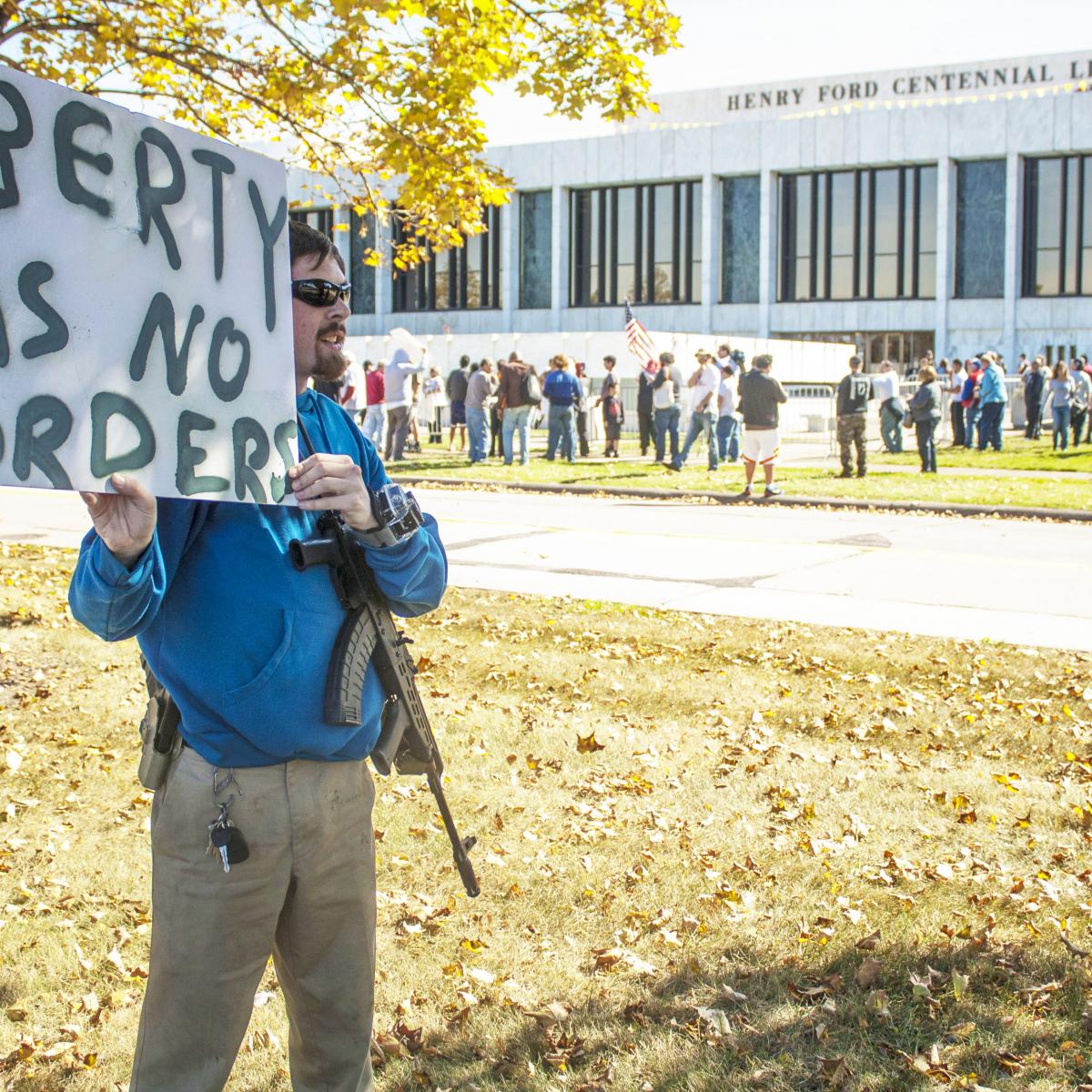 The car parked in front of me looked like something out of a movie. An old, powder blue pick-up with three miniature American flags. I knew the person already but I hated myself for assuming so quickly. The car was a little rustic like the man in my head. I walked to see the back of the car and was disappointed that I was so right: Trump/Pence. The only thing that surprised me was that it was the library parking lot. 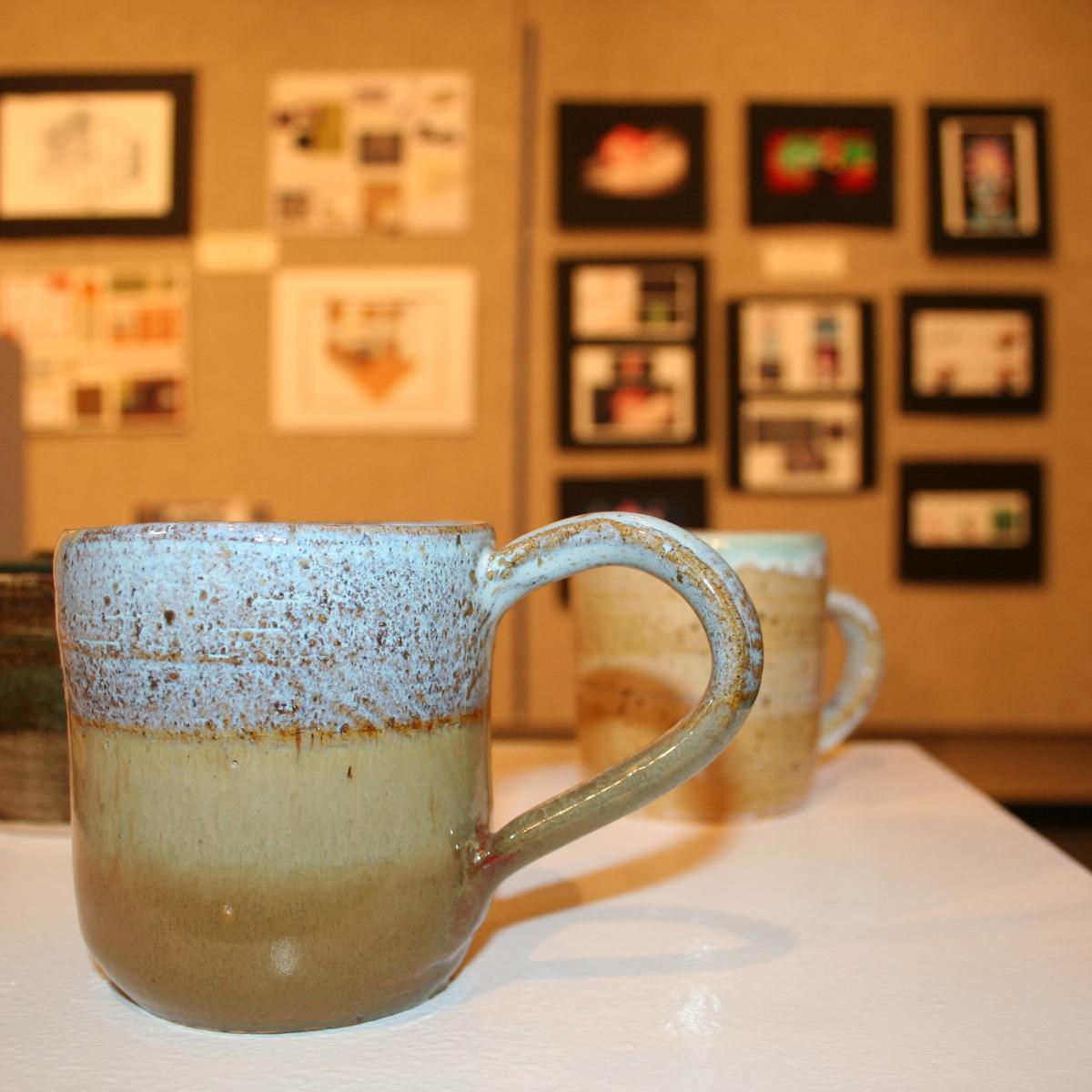 What is this doing here? I thought. I was cleaning out the kitchen before my mom arrived the next day when I found my mug in the cupboard on the highest shelf. I had to climb the counter to reach that shelf. I expected to find expired prescription pills and a bag of flax seeds that needed to be thrown out but not my mug. I was drinking coffee from that mug just a few days ago at 5am while writing a term paper.

Boxes and Other Assorted... 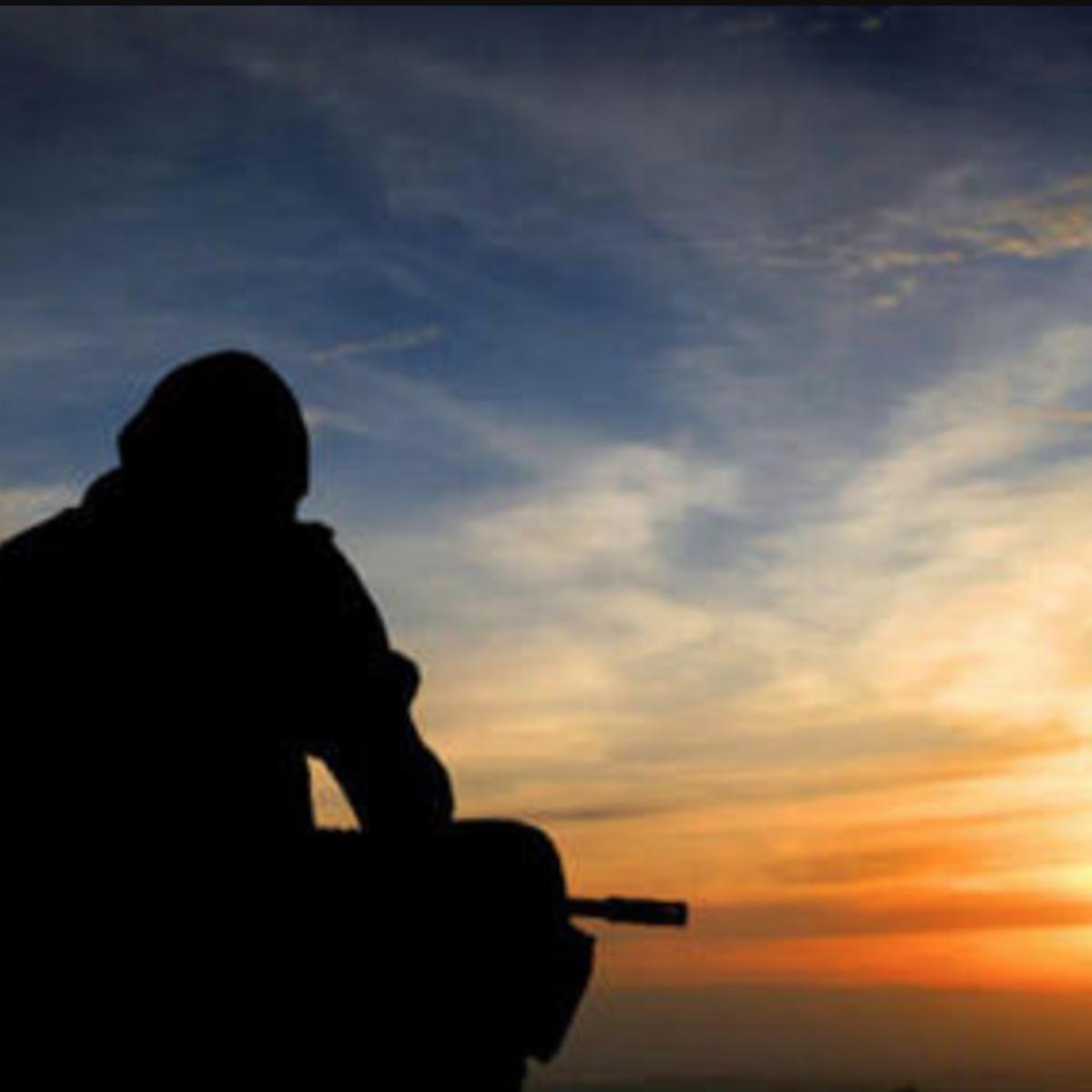 I smell dog shit. Not the day old, baked in midday July sun dog shit either. It is pungent and terrible. My clothes are soaked. It could be from sweat from a humid midsummer night or from the dew in the grass I am laying in. 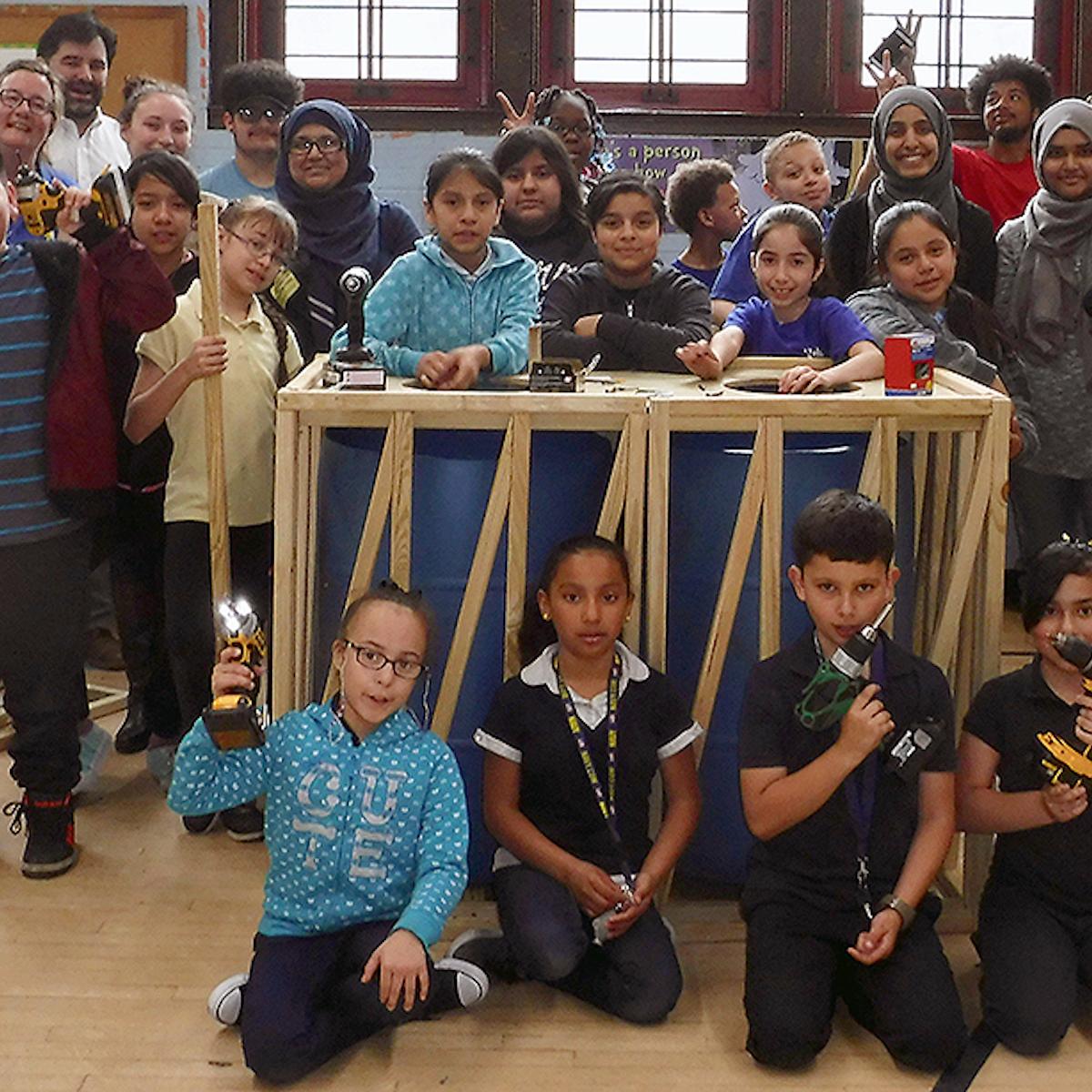 ABSTRACT - Like other immigrants across the globe, Detroit’s Automotive industry was a huge magnet in bringing Arab American immigration to Detroit. Many Arabs who immigrated to the United States faced linguistic, cultural, and social barriers. Beginning as a small store front connecting Arab immigrants with resources in the United States, today the Arab Community Center for Economic and Social Services, has expanded to offer nearly 100 programs with a budget of $23 million. 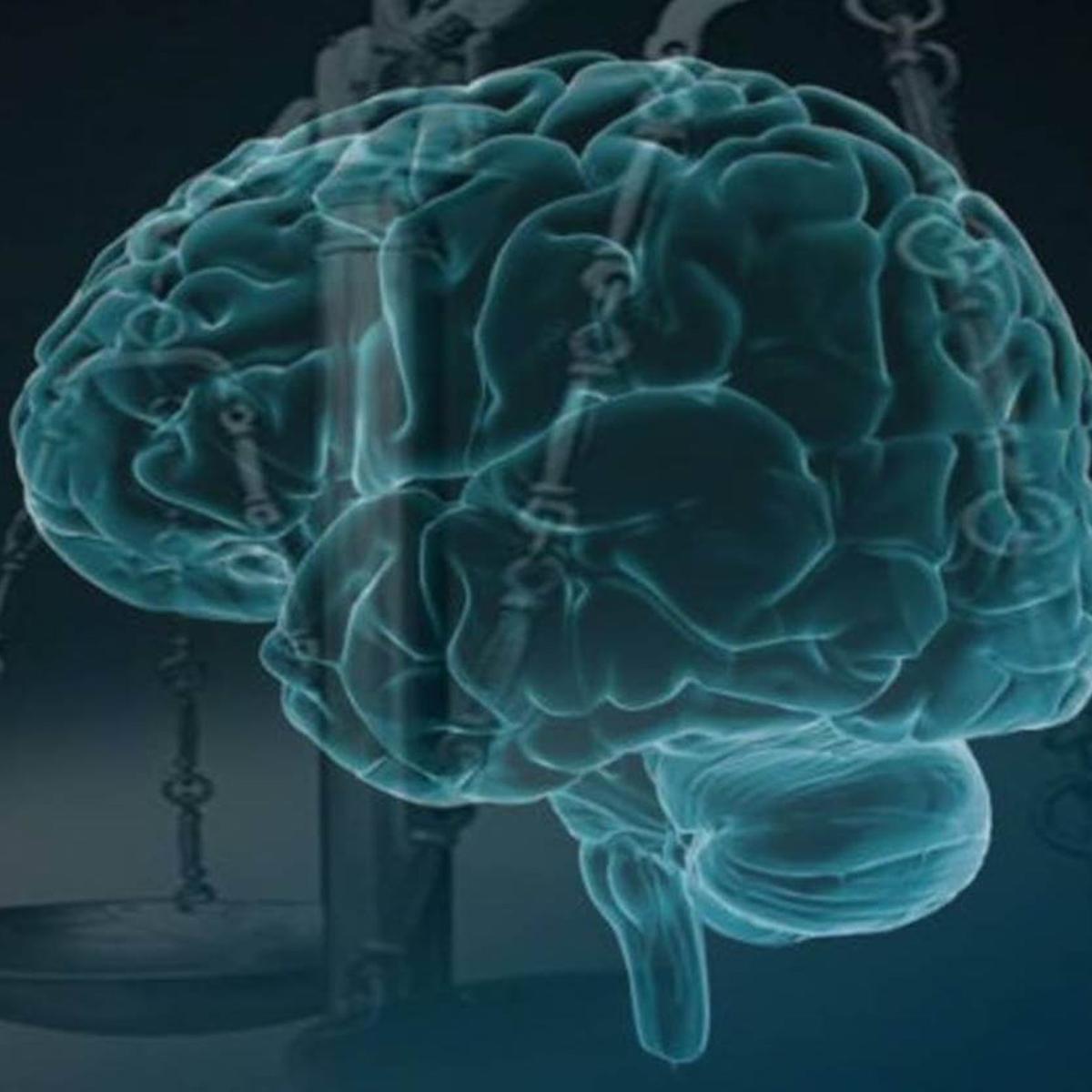 ABSTRACT - Neurocriminology is a subdiscipline of neuroscience and criminology which provides evidence that while violent behavior has a social and environmental element, the other side of the coin is biology. This re-visioning of violent criminals could potentially help direct how we approach crime prevention and rehabilitation. Criminal behavior can be caused by life experience and by genetic inheritance. This paper shines a light on evidence that physical trauma to the brain and genetically inherited abnormalities of the brain can be the cause of violent behavior. 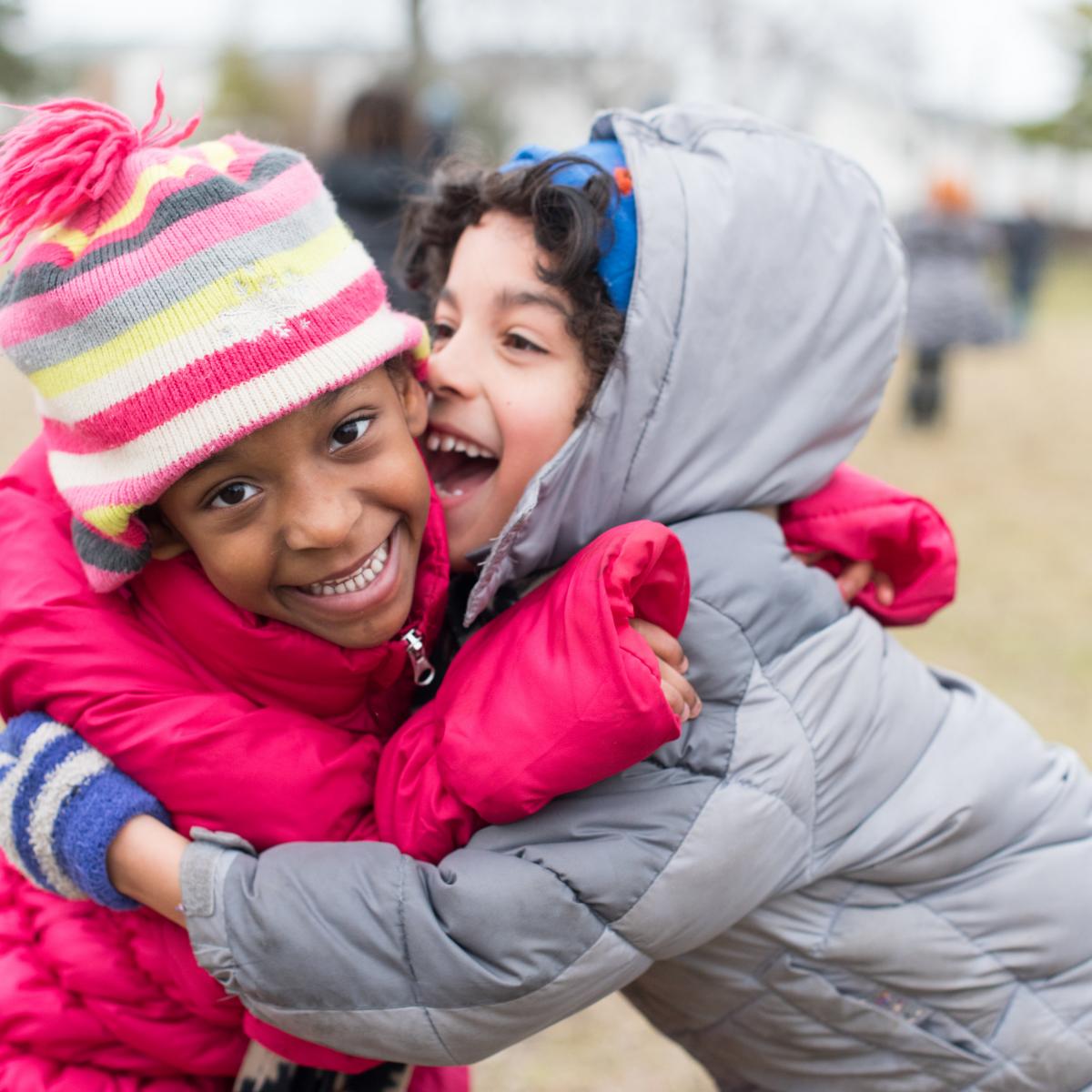 ABSTRACT - This project looks at Charlotte Mason Community School (CMCS), a small K-8 school in Detroit whose students are thriving under a unique educational approach. It will briefly examine the state of public education in the city and how it came to be in crisis. We will look at a philosophy of education used by this Detroit school and founded in England at the turn of the 20th century when education for the masses was primarily utilitarian. ABSTRACT - A bacteriophage, or phage for short, is a virus that infects bacteria. They are organisms that have played and continue to play a key role in bacterial genetics and molecular biology. Being the most prevalent types of viruses, bacteriophages vary a lot in their shape and genetic material. In the process of hijacking a cell, the virus recognizes and binds to a host cell via a receptor molecule on the cell surface then the virus or its genetic material enters the cell. The viral genome is copied and its genes are expressed to make viral proteins. 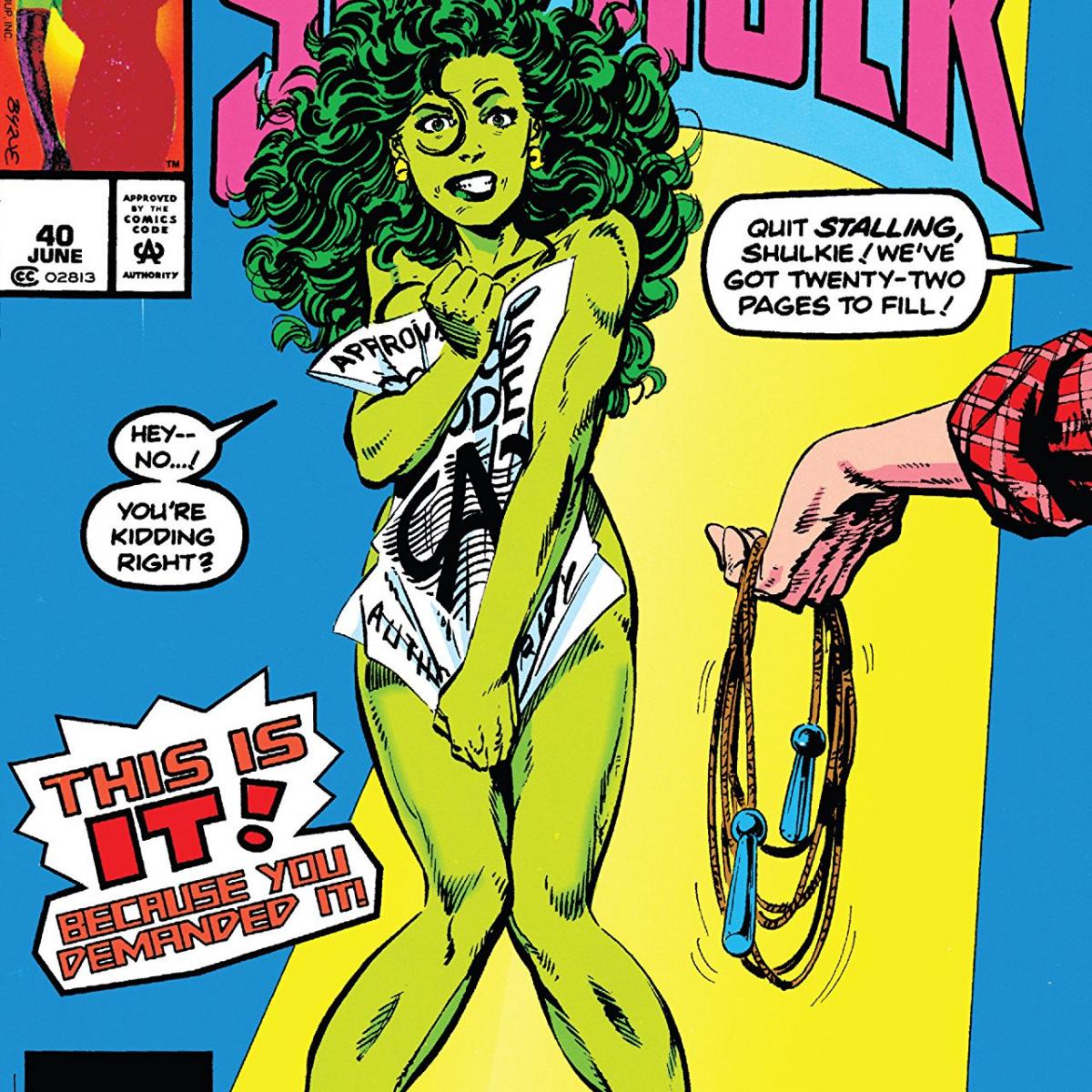 In 2015 one of the world’s most popular movie series had a sequel coming out, Avengers: Age of Ultron. But this release had an issue before the movie could even premier. In an interview with the Digital Spy, an online British entertainment website, co-stars Chris Evans, Captain America, and Jeremy Renner, Hawkeye, responded to a question about Scarlett Johansson’s character, Black Widow, being in a film with so many male co-stars. 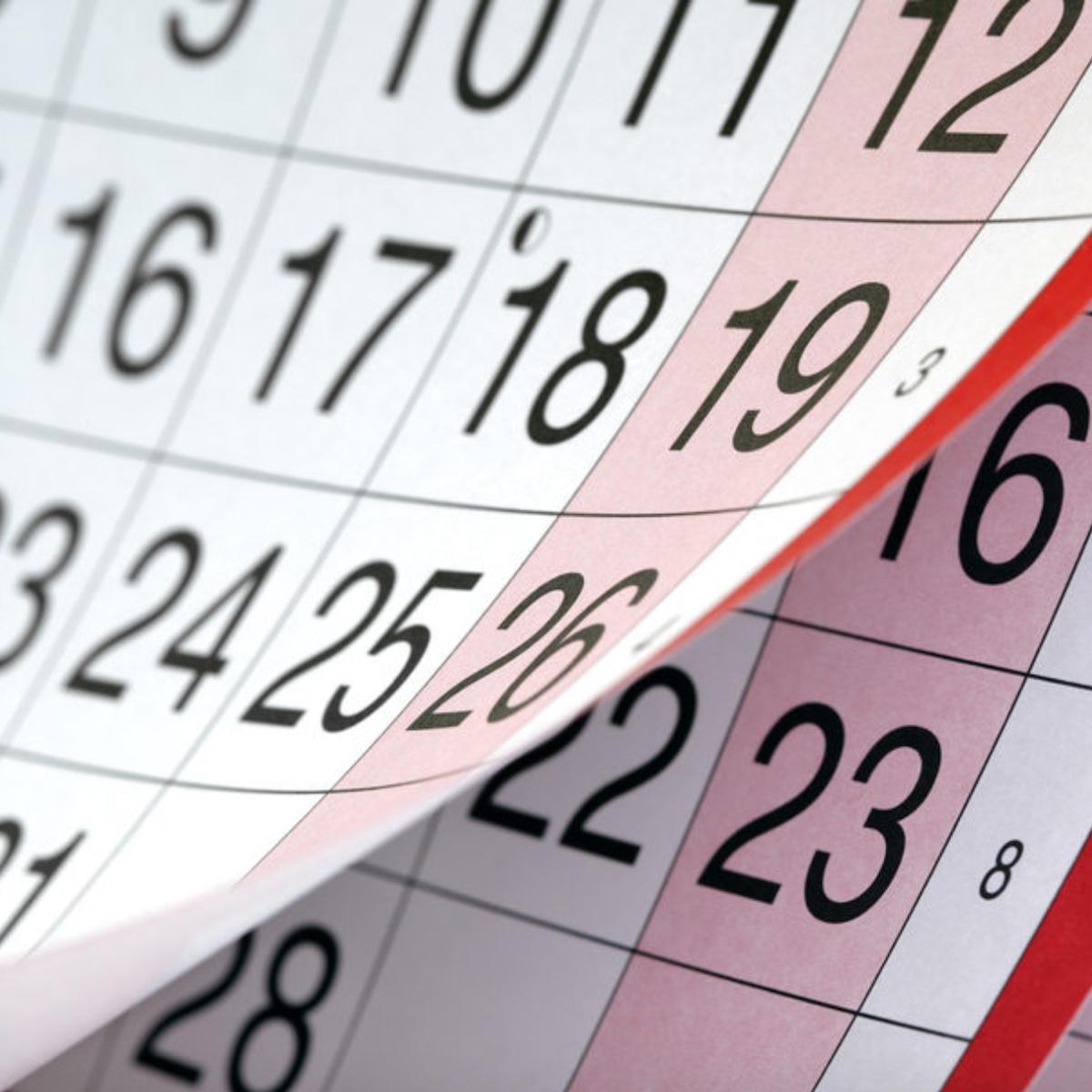 I am the bullet. My body is smooth and shiny. Bronze and sleek. My body curves to my pointed tip, rounded for flight, speed, and accuracy. I am flying with a deadly purpose. Alone in my mission I rip through the air with so much force my rounded head is alternating colors of red and orange. From my perspective, I am so fast the rest of the world seems to be in slow motion. Dust particles and debris float by me as I pass, and I see my destination. A canvas of caramel colored flesh stretched between the eyebrows and a dark brown hairline. 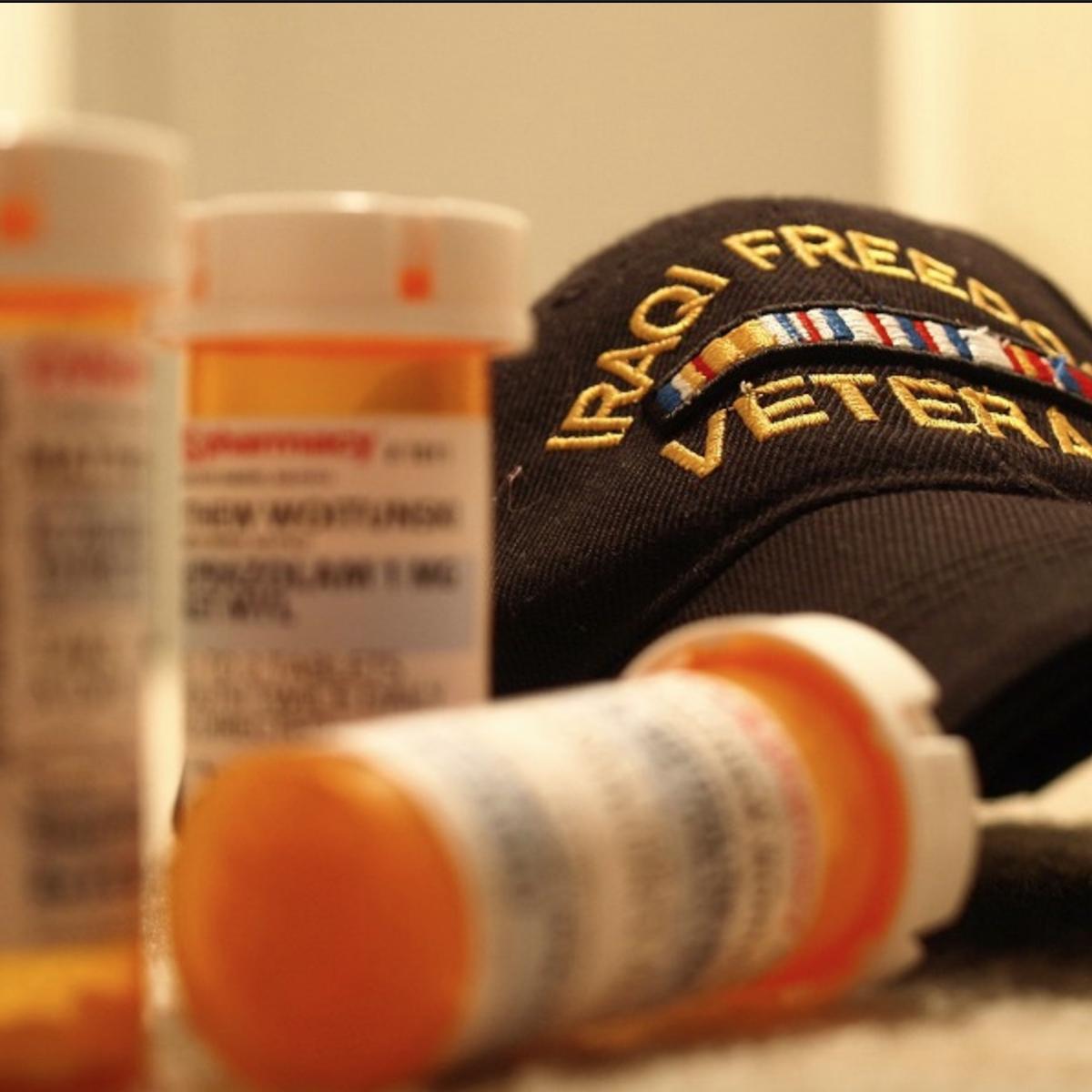 It was dusty, and visibility was shoddy. It was hot, hotter than I have ever been. I gets so hot in midday that I am convinced my feet are literally cooking inside my boots. Thank goodness, we didn’t deploy with our traditional black boots. It would have been worse. We were in route delivering propane to the people of Mosul like we have been everyday for the last couple weeks with very little incident. All good things end, sometimes those good things end in carnage and bloodshed. 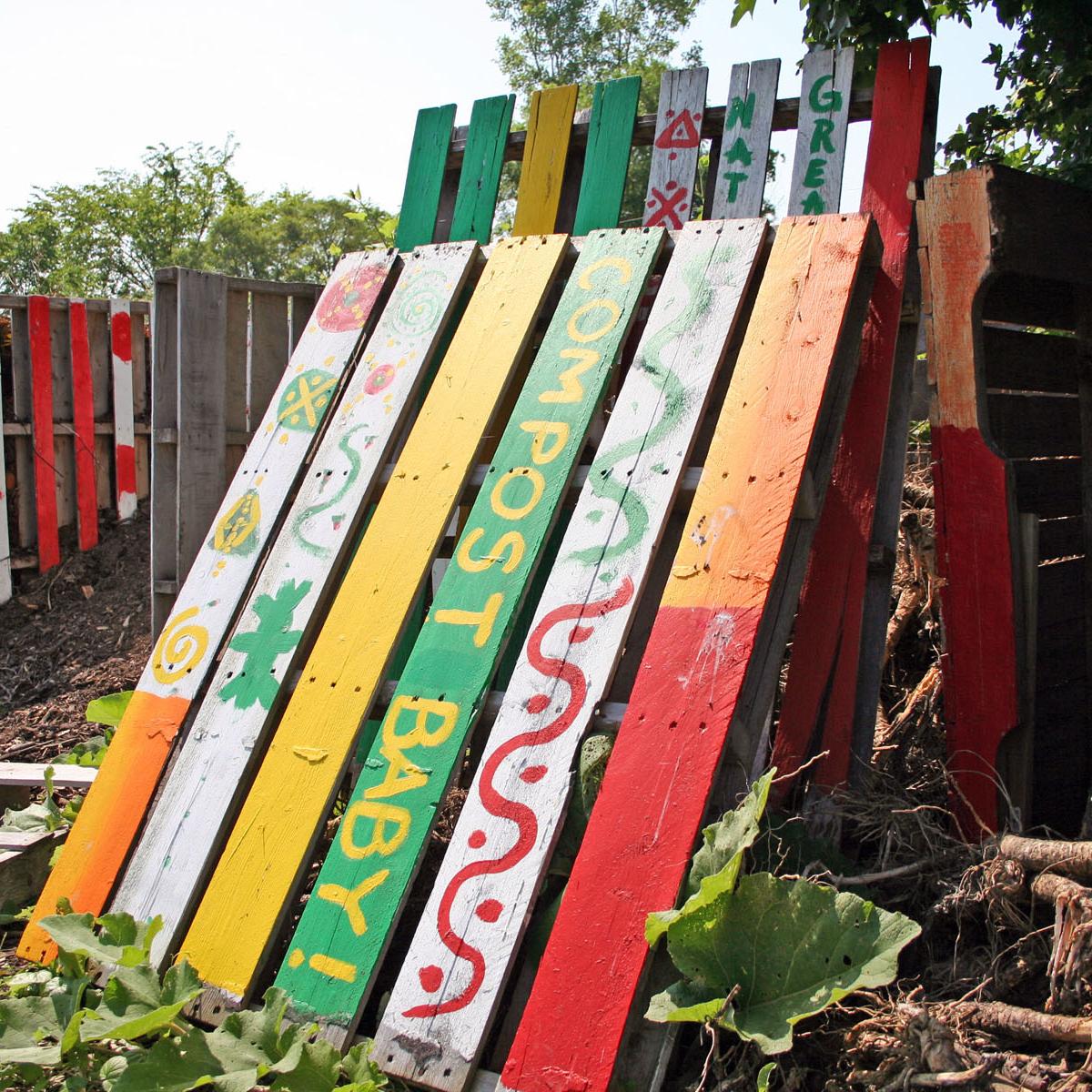 Abstract - My goal in writing and presenting about Urban Farming in Detroit is to show how diverse the urban farming initiative is within the city. I would like my audience to understand the farming history of Detroit, and see that Detroit has turned to gardens throughout the city’s history to sustain itself in the greatest times of need. I was able to visit different initiatives, and communicate over emails to urban farmers in the area. The internet and Facebook also played a role in searching out businesses and urban farmers in Detroit.

The Stains on the Surface 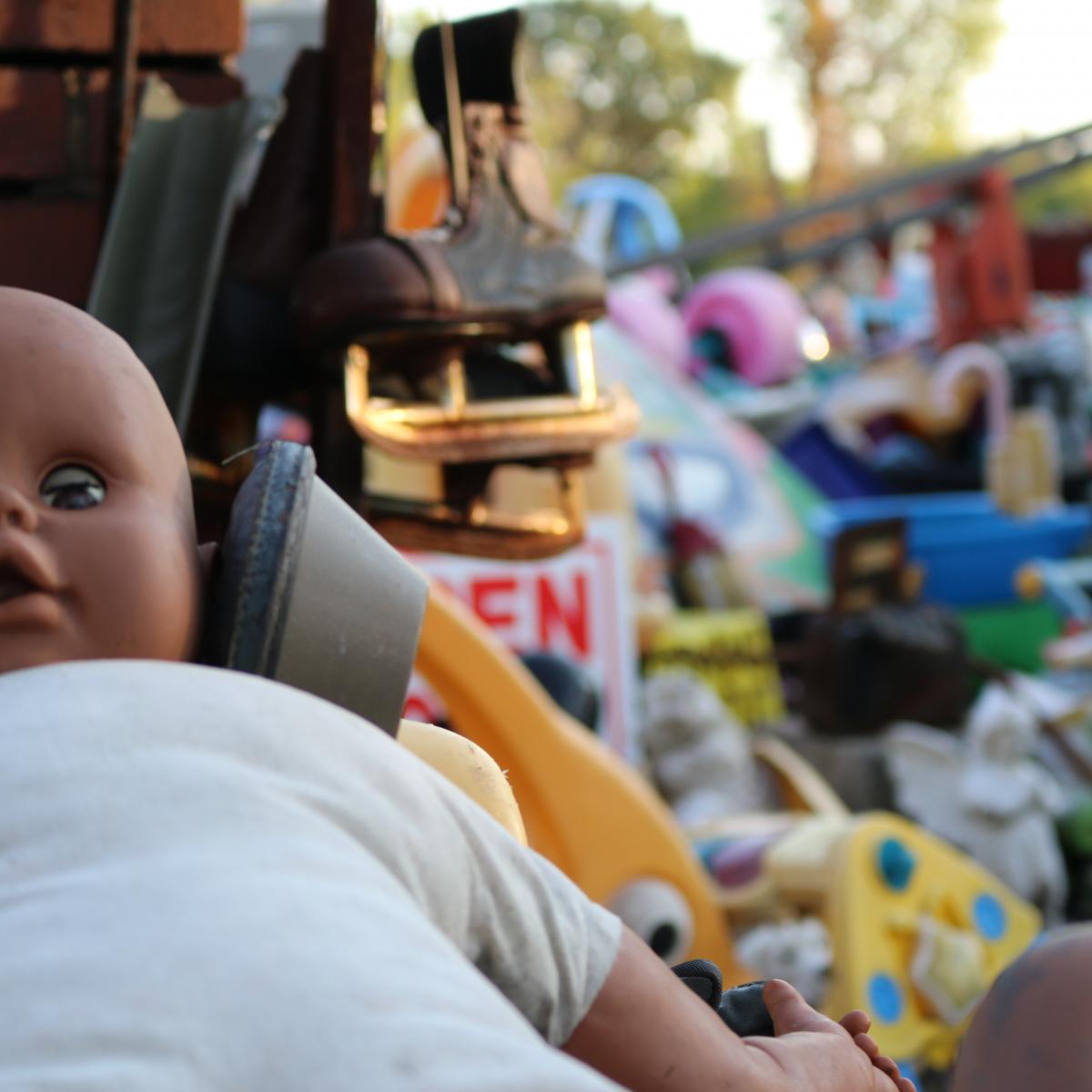 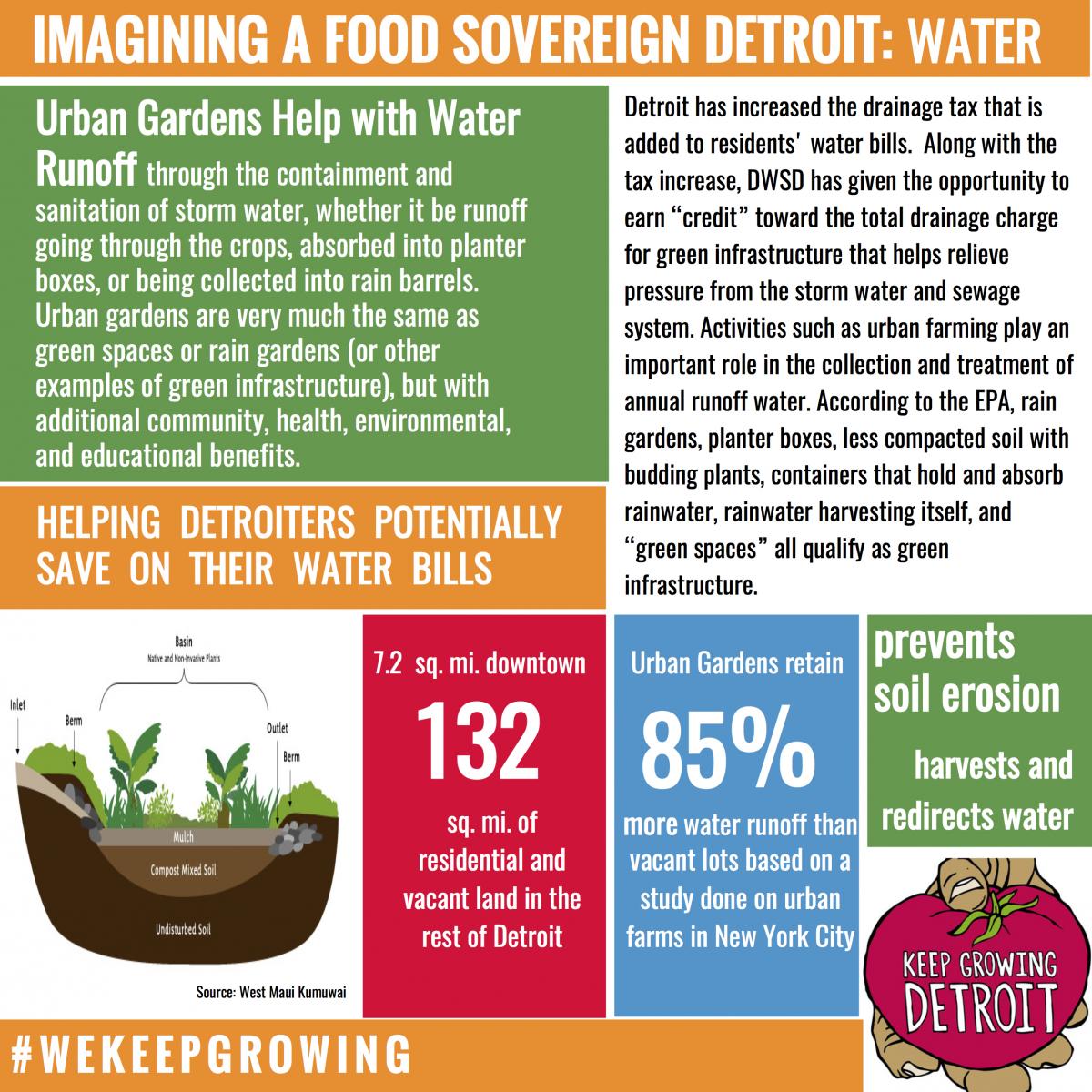 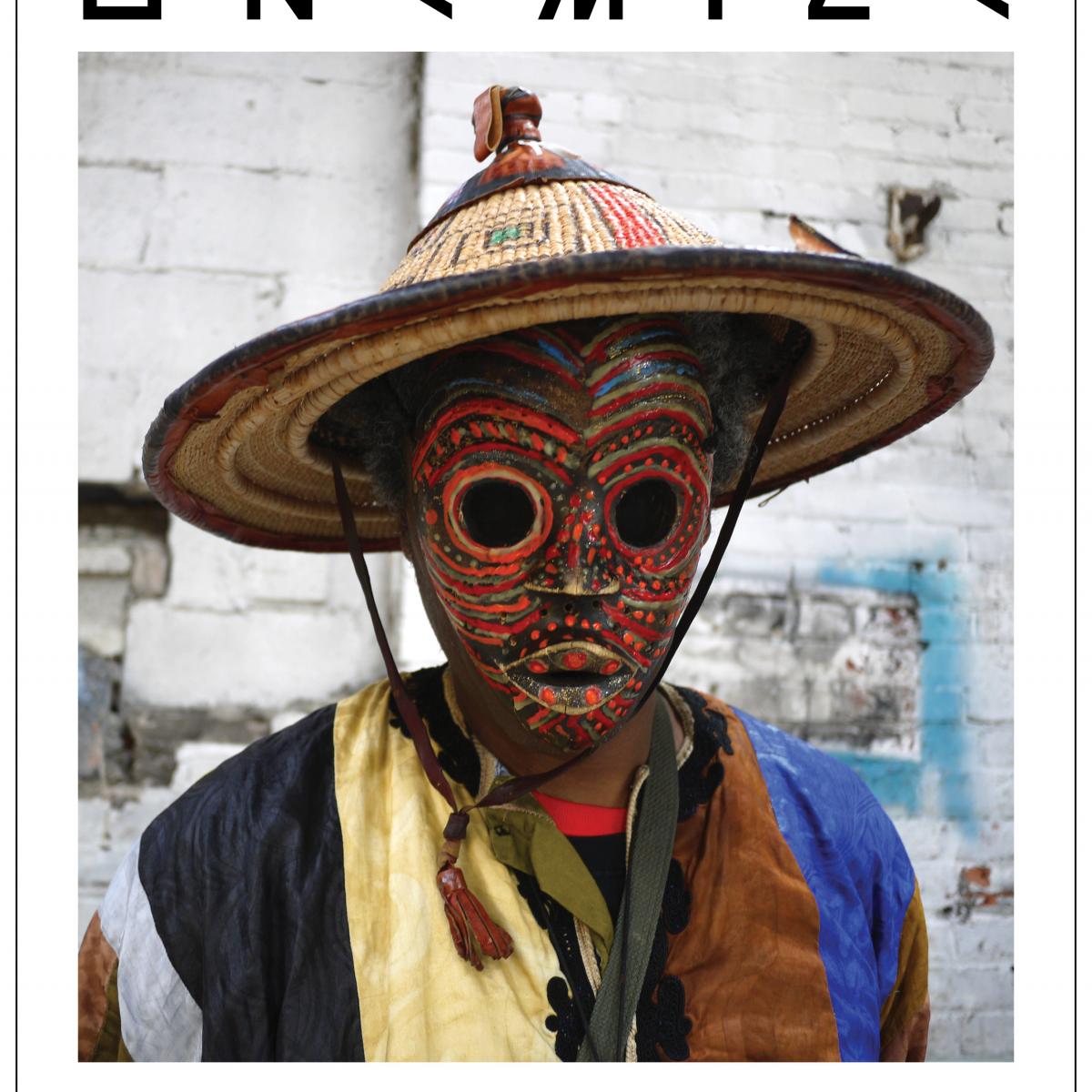 ABSTRACT - Architecture is a tool that changes the way people live and physically interact with their environment, but sometimes it foregrounds formal aesthetic experimentation, forgetting to take into account the context and idiosyncrasies of a given place. Recently in Detroit, architecture has been criticized for this. ONE Mile is a project that combines architecture, urban design, and other creative disciplines to explore ways to positively impact challenging socio-economic scenarios.

The Influence of Viking... 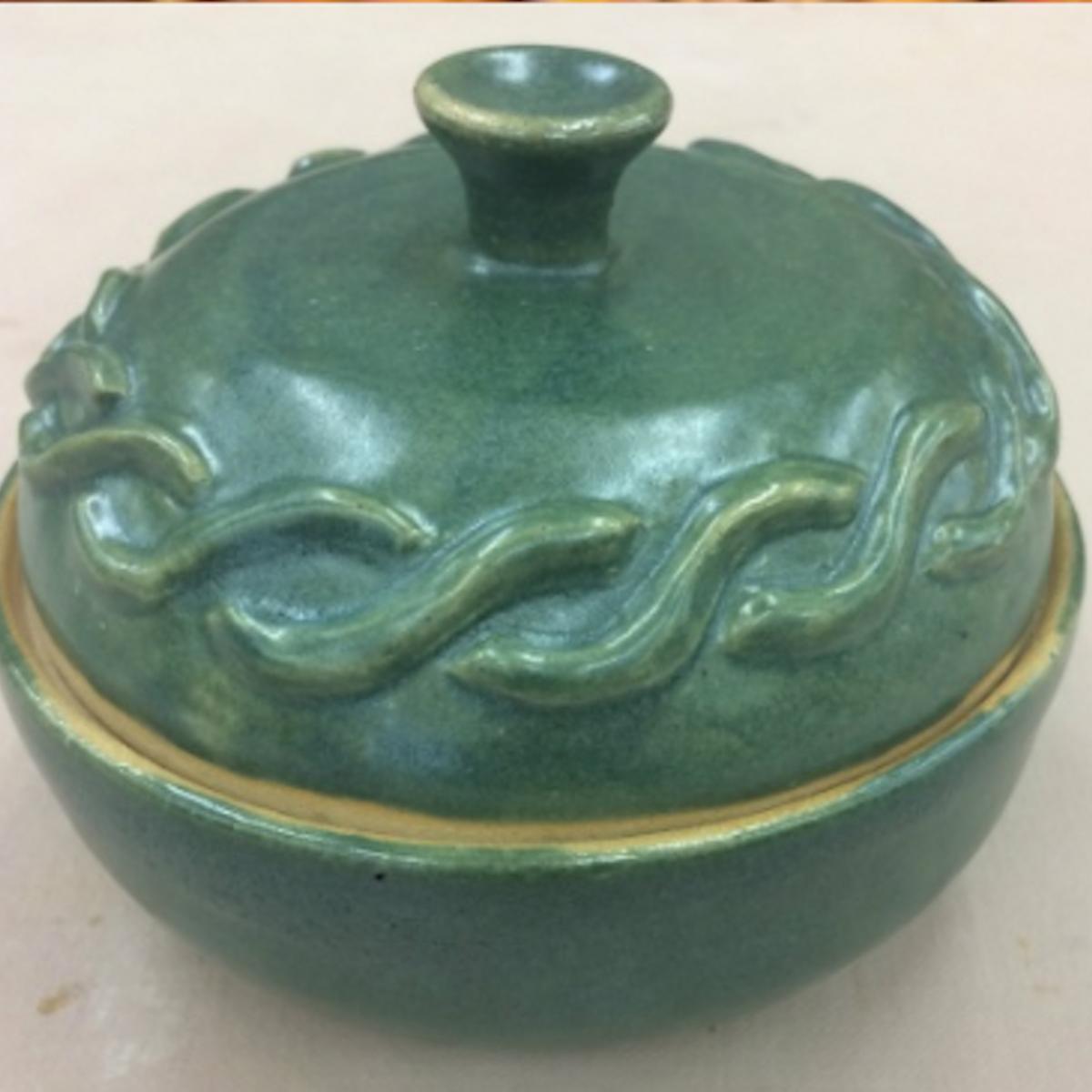 ABSTRACT - The Book of Kells is an 8th century illuminated manuscript attributed to the monasteries at Iona, an island off the coast of Scotland, and Kells, at County Meath. The book was produced by Columban monks in the scriptorium of the monasteries, and probably used only for special occasions, due to the size, ornamentation, and coded nature of the text. The Book of Kells contains the four gospels based on the Latin Vulgate translation and was written in insular majuscule, a bolder and rounder form of calligraphy. 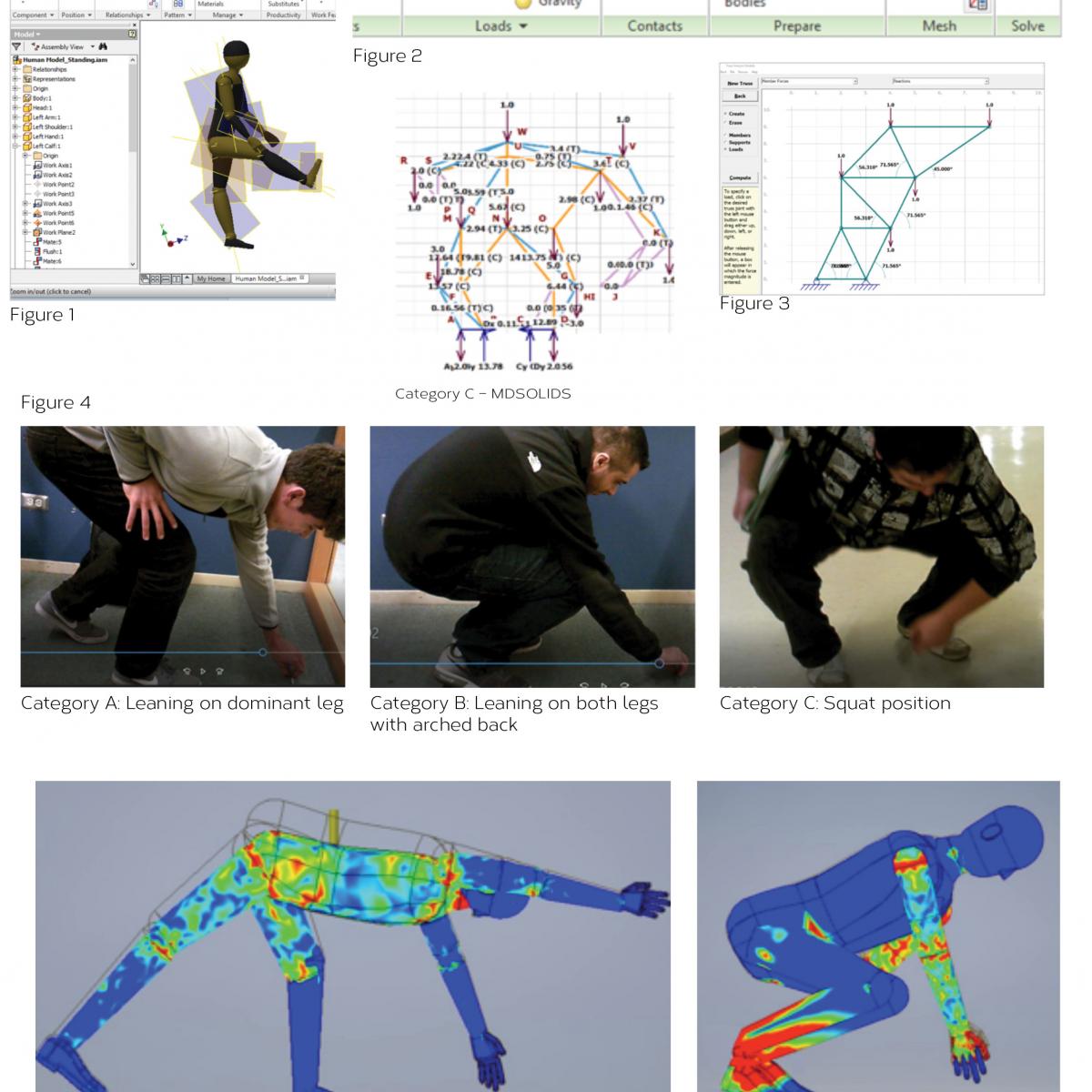 ABSTRACT - The objective of this study was to identify the effects of mobility habits on developing joint and muscle stress and to bring awareness to proper daily routines for mobility. A sample of 10 college individuals was filmed while picking up a pen from the ground. We used the Autodesk Inventor to simulate body stress on each individual at the final position when reaching the pen. Results showed that, generally, people practice one of the following three positions: 1) lean forward with one leg, 2) bend forward, or 3) squat.

The Lost Generation and... 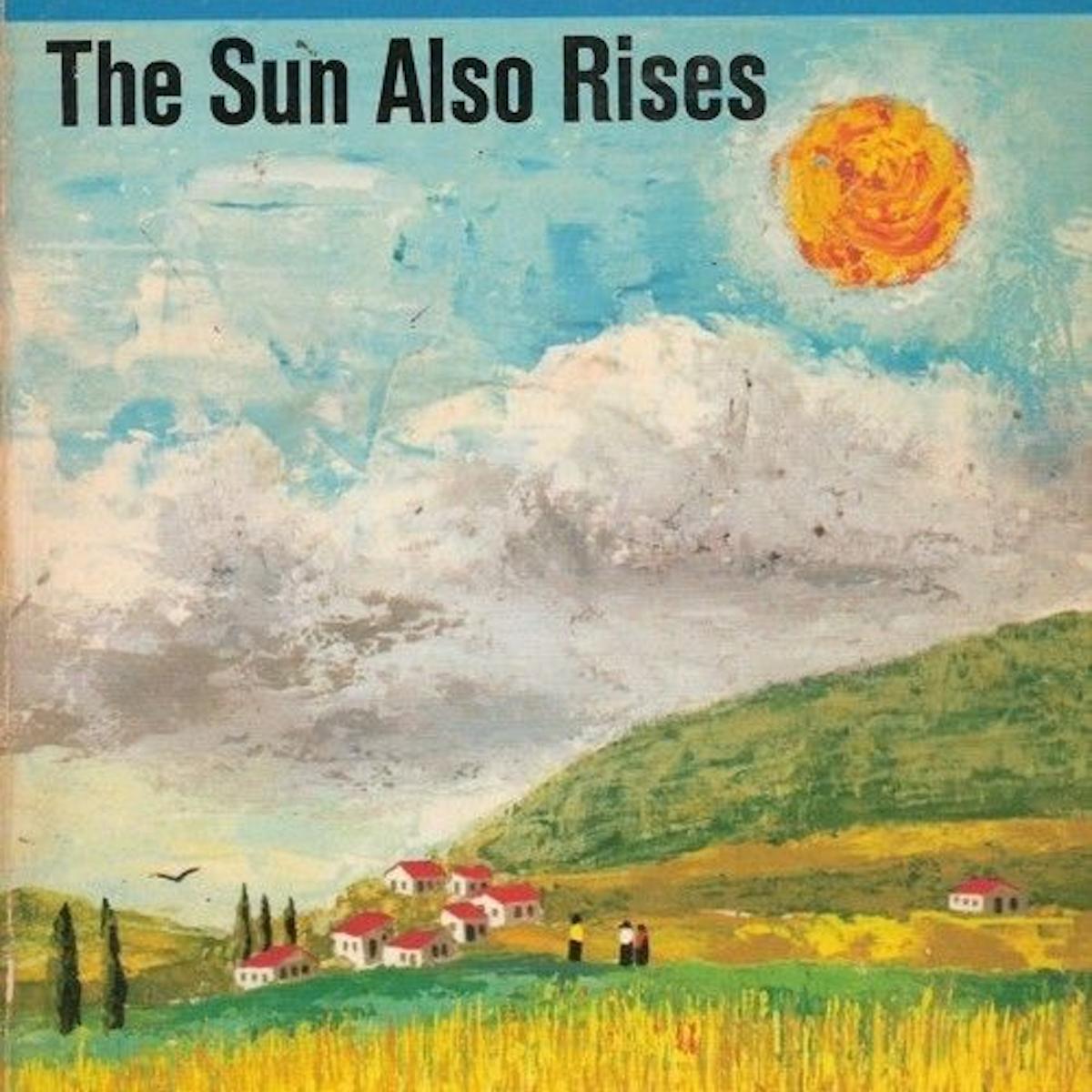 ABSTRACT - There is much to be learned about today’s society by studying the works of the past. This paper will compare the situations and issues of “the lost generation” of the 1920s to the “millennials” of the early 2000s, showing that despite the large difference in time, the two generations are facing common problems.

Invasive Plants on the... 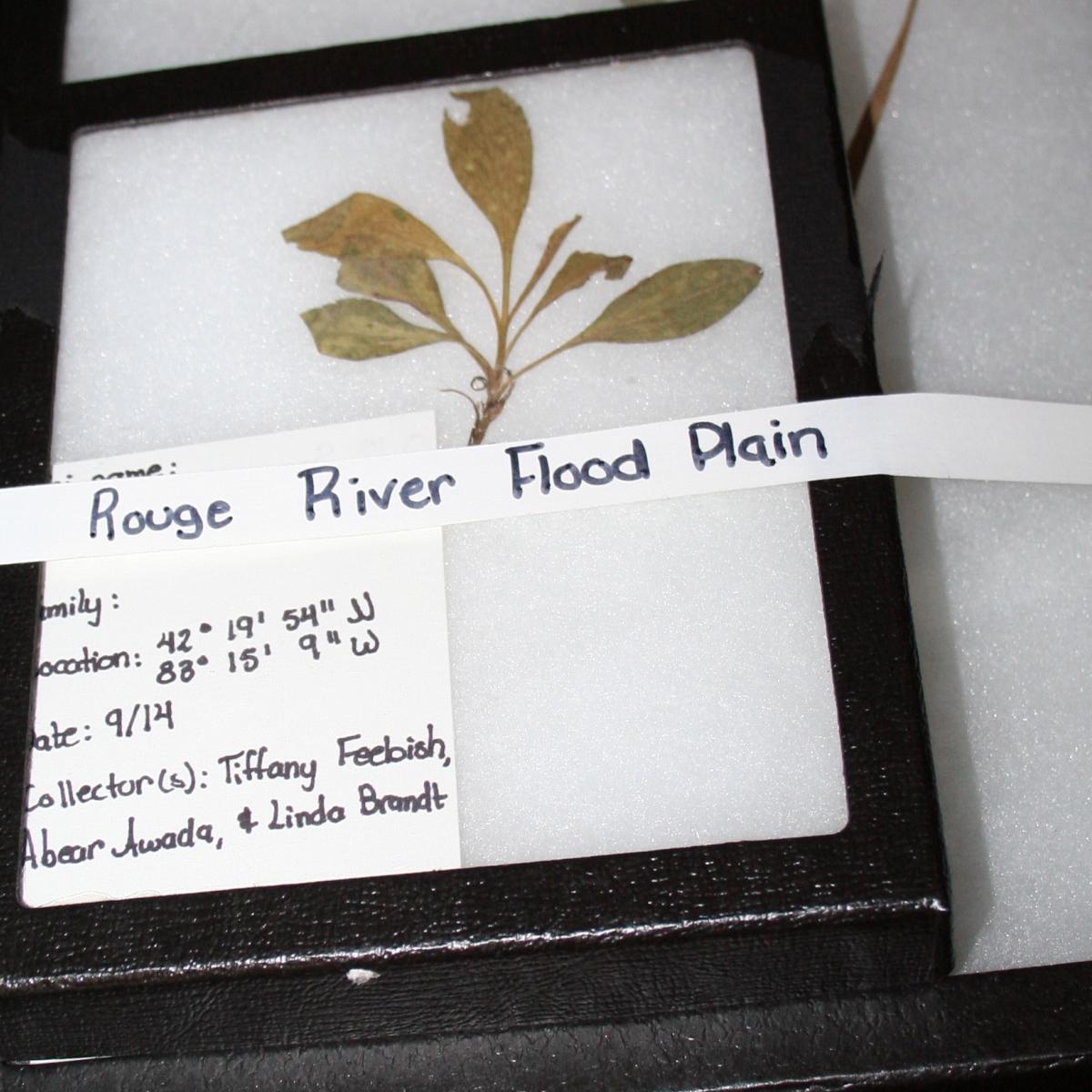 Using invasive plant impact research written by Jacob N Barney, Daniel R Tekiela, Eugene SJ Dollete, and Bradley J Tomasek we sought out the impact of the potential threat of invasive plants in our local community. We collected local plant specimens surrounding our community, plant pressed them, and placed them into Riker Mounts to preserve them for purposes of identification to genus and species, and to establish a herbarium collection of local plants for Henry Ford College. 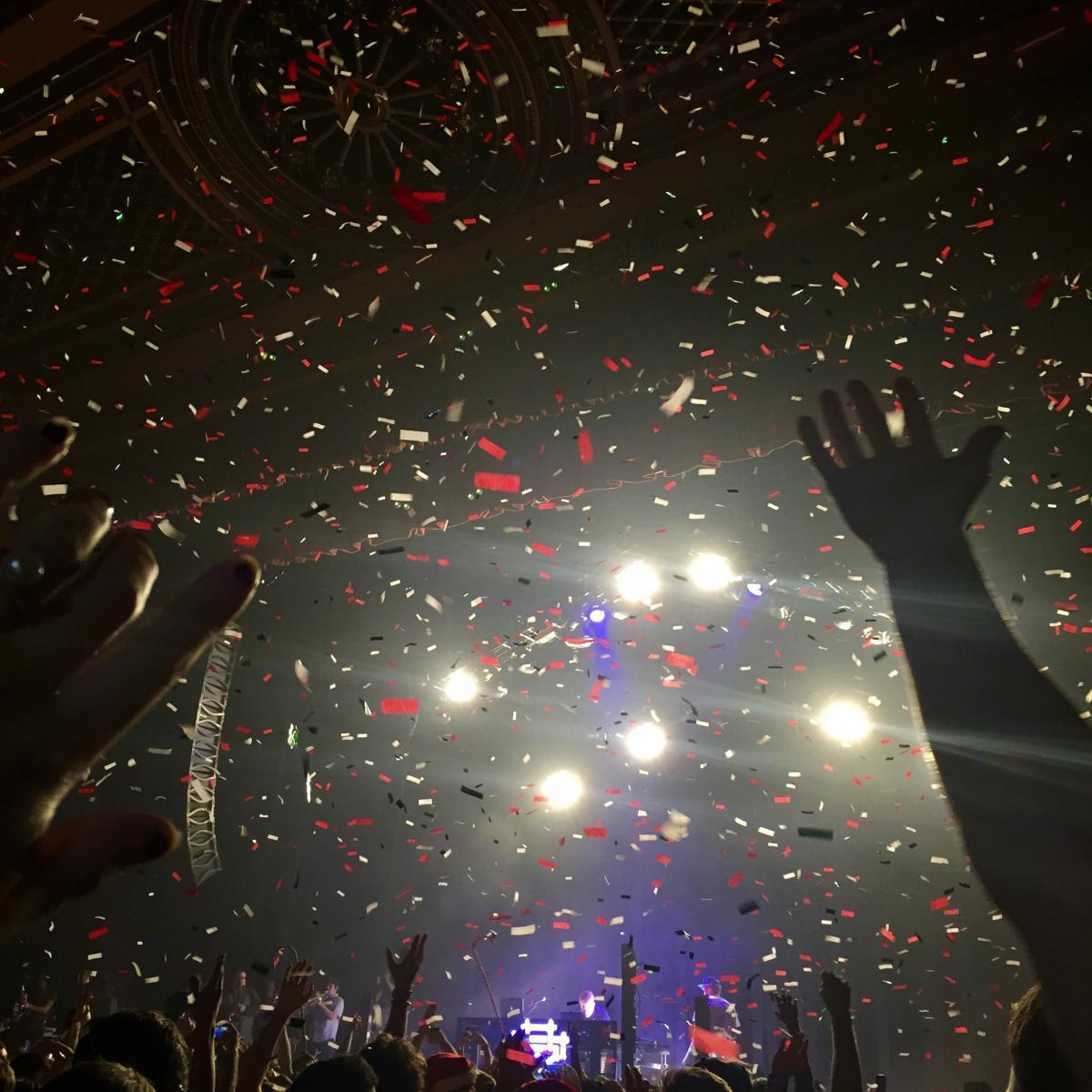 As the Electronic Dance Music (EDM) scene continues to rise, it is important to recognize the roots of the genre not only to get an understanding of how and why the music was and is created, but to be able to comprehend and appreciate the aesthetic of the musical style as well. The concept of techno music dates back to the early to mid 1900s, when futurists such as Luigi Russolo and Alvin Toffler predicted the effects the Industrial Revolution would have on the creative minds of people. Russolo believed that prior to the urban industrial world, there was no true sound.