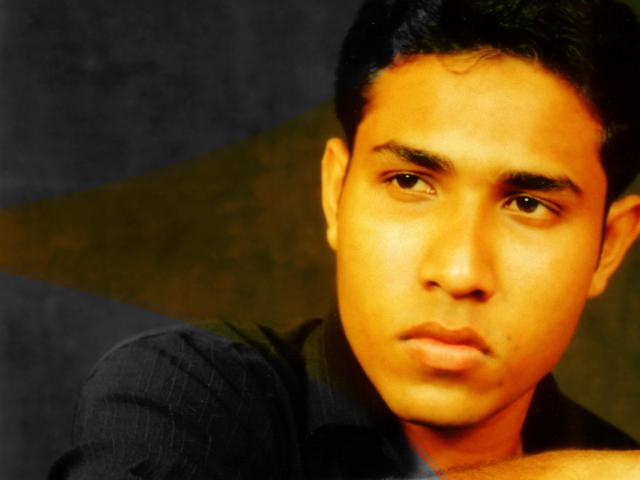 Steve Sutton, a former student at Henry Ford Community College, said he was “deeply disappointed” by the reception he received when he visited his old campus for the first time since leaving in favor of full-time employment.

”When I left HFCC after the spring semester, the people I’d gone to school with—teachers, classmates, and even the food service workers—seemed genuinely upset that I was leaving,” said Sutton, who attended HFCC for three years. “I mean, sure, there are some new faces there now, but I guess I kinda thought the old crew would be happier to see me.

”I thought maybe we could have a little reunion party—the party we talked about, but never got around to having.”

Although HFCC officials tend to frown on visitors simply walking in and roaming the school, they do have a procedure in place for visitors to check in at the Registration office, and Sutton made sure to call ahead to get his name on the list prior to his visit. He was sure word would get around to his former classmates and teachers, thus allowing everyone to be better prepared for his potentially emotional return.

“I guess more S. Suttons visit HFCC than I thought,” he said softly.

Sutton brought a friend to the school with him, but said he initially had him wait outside the door because he didn’t want him to feel out of place during the inevitable back-slapping-hug-fest. He was surprised—and more than a little disappointed—when he didn’t recognize the receptionist in the office.

“I walked in,” said Sutton, standing up to demonstrate exactly how the scene played out, “and this lady I didn’t know asked, ‘Can I help you?’ I looked past her…like this, and I was like, ‘Where’s Mrs. Monaghan? She’s always here.’ The new lady just shrugged with a blank look, and goes, ‘Can I help you?’”

The only person he saw right away that he did know was Samantha, a former classmate from Sutton’s biology labs, who was sitting in the office waiting to see her counselor.

“Um…Sam and I…well, we never really got along,” he said. Apparently, soon after he started at the college, Sutton refused to switch seats with her, unaware that Samantha wanted his seat because she has poor hearing and vision, and Sutton’s seat was in an ideal location. “I did her a favor,” said Sutton. “That teacher—I can’t remember his name ‘cause it was, like, years ago—smelled bad and liked to spit on me.”

Sutton sat just outside the office with his friend for a while, pretending he didn’t have a care in the world but scanning the hallways and walkways the entire time in search of a familiar face.

“After we left the office and started walking around the campus,” said Sutton, “I saw Thomas, an guy I had a couple of classes with last year, running in—late as usual, ha. I called over to him before he darted into the Liberal Arts building, ‘Hey, Thomas. Late again? Ha, ha.’ He looked over, but I don’t think he recognized me.

“Though, I did just get my hair cut.”

Sutton explained the inside joke to his friend, and told him he better be prepared because with the students getting ready to change classes, it was only a matter of time before the swarm began.

“I was pretty sure it would dawn on Thomas who it was he’d just seen, and then I figured he’d run off to find everyone. I could just picture him popping his head into some of the classrooms, yelling, ‘Guess who just came back to visit us, and is on campus right now!’”

After the students changed classes without incident and Sutton’s neck began to ache from craning it around, he decided to head to the place in the building he’d spent the majority of his time: the cafeteria. He said he thought maybe some of his friends had congregated there for one of their famous unofficial meetings.