U of M-D Nude Kilometer a Modest Success 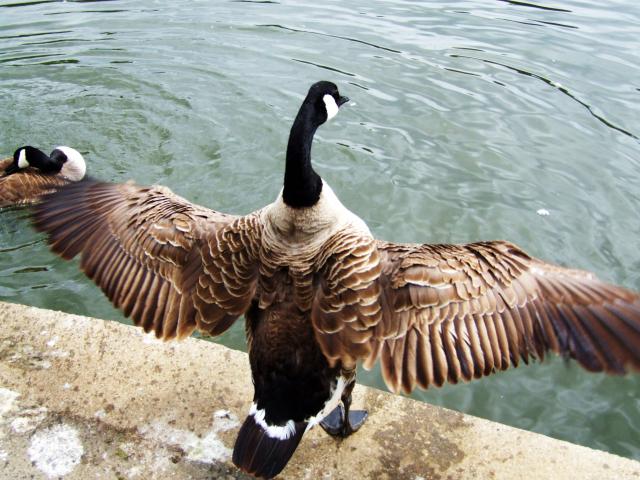 Once a year, a small but brave group of U of M students makes a daring 5,280 foot sprint across their Ann Arbor campus…minus their clothing. Now, in the spirit of camaraderie and sisterhood, the University of Michigan – Dearborn has decided to join in on the long-standing tradition of exhibitionism that is the “Naked Mile.”

“For me, it was all about the kids,” said health and safety instructor Paul Lapp, who coordinated the event. “I know from personal experience how liberating it is to just let everything hang out, to run with only the wind on your body. I wanted the students to experience that, too. And Dean Daniels was totally supportive of the idea.”

“I was drunk,” said School of Management Associate Dean Jack Daniels. “Paul showed up at my house at ten o’clock one night with a bottle of Peach Schnapps and two shot glasses. I woke up eighteen hours later with a splitting headache and a pile of forms I had no memory of signing.”

With the green light from the administration, Lapp quickly arranged the event, promoting the run with sign-up sheets around campus. The campaign immediately attracted the attention of the student body, three of whom ended up participating in the nude sprint.

“I was told this was a charity event,” said Chess Club member Randall Bishop. “I didn’t find out until afterwards that it wasn’t.”

Adding to Bishop’s already unpleasant experience of public nudity was an incident that occurred near the end of the sprint, on the sidewalk between the science building and the Mardigian Library. One of the campus’s many Canadian geese suddenly charged the running student and attacked him with its bill.

“The pain…the pain is indescribable to anyone who has not experienced it,” said Bishop, who refused to disclose the exact location or nature of the injury.

“It wasn’t just a bite—it was a violation. Those birds should be permanently banned from campus.”

“Yeah, poor Randy got pecked by a goose,” Lapp said, with a straight face. “He was a trooper, though. He handled it really well. We tried just treating the bite with an ice pack, but finally had to call an ambulance for him.”

Emergency Medical Technician Laura Cross said, “We’re not really sure why they called us. There was nothing wrong with that boy—at least not physically.”

At Bishop’s insistence, an attempt was made to capture the offending bird to determine whether it might be carrying rabies. Campus security officers surrounded the entire flock of geese near the Engineering Lab. However, efforts to isolate the attacker from his comrades failed.

According to Nature Center Activities Coordinator Donald Mallard, there was never any need to catch or quarantine the creature in the first place.

Fortunately, not all of the Nude Km’s participants shared Bishop’s negative experience. Sophomore Carrie Freeman, the only female runner, was enthusiastic about the event.

Braving the rainy weather, onlookers gathered all around campus to cheer on the sprinters. “We had a good crowd. More than we were expecting, so it was great,” said Lapp.

“About twenty people showed up…mostly out of morbid curiosity, I imagine,” said psychology major Sharon Pavlov, expressing obvious distaste for the event. “It was sad and so pathetic, what some people will do just to get on camera.

“Those people are truly damaged.”

Senior runner Tom Peep, however, showed no regret regarding his own participation. “Who cares?” he said. “I’m graduating in, like, less than a year. After that, it’s not like I ever have to see these people again.

“Though,” he continued, “I definitely would not mind seeing all of Carrie Freeman again. Because of her, I went home happy. End of story.”