Art in the Hart Sisters 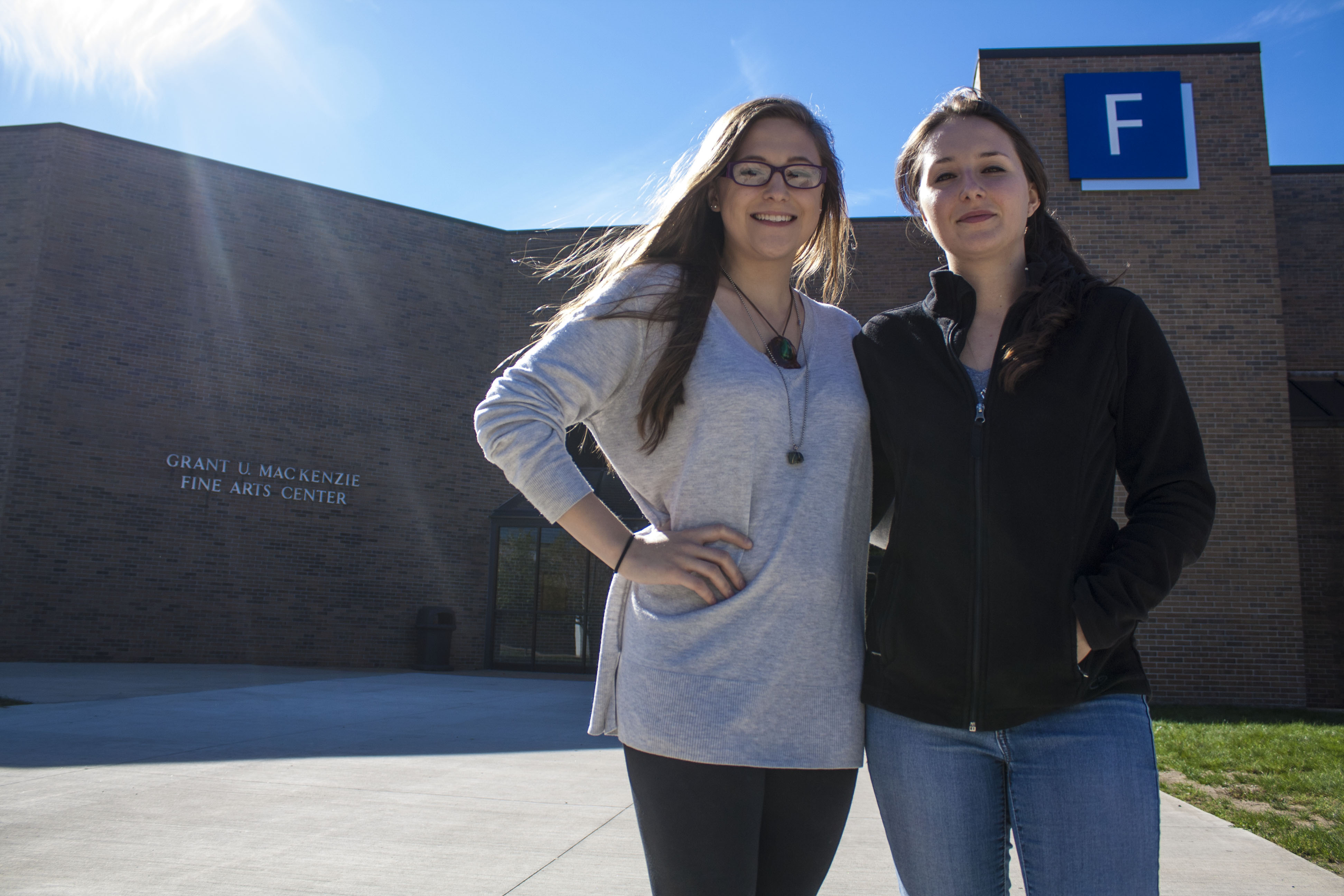 Victoria and Sophia Hart are sisters and also Art Foundation majors at HFC. Victoria is twenty-two and Sophia is nineteen. I sat down with both for an interview.

Mirror News: What’s family life like?
Victoria Hart.: Well, both of our parents are artists. They’re not artist artists as a profession.
Sophia Hart: From the time we were little kids our parents had us doing arts and crafts and stuff. Making pinch pots or, like, doing paintings and stuff. And we did, you know, paintings in middle school like everybody else did except ours were always better.
(Both laugh)
M.N: Did you always know that you would be going into something art related?
V.H.: When I actually first got to Henry Ford, I wanted to go into psychology. I mean, because everyone tells you when you wanna go into art, they’re like, “Oh you’re not gonna make it as an artist,” you know, “you really, really, really have to work at it.” So I thought, “Oh I’ll do psychology,” and I took one class in psychology and was like, “nope.” I ended up sticking with art. It’s always been there in the back of my mind.
S.H.: And for me in high school, I was always in art and that and also did acting and I did drama. So whenever it came time for me to choose my major it was either between acting or it was gonna be arts. So I was always deciding between the two. And I just came to the decision that art was what I wanted. I was always going to be in the art field. And it’s funny because we actually have another sister in the middle of us and she’s a business major.
V.H.: Logical. Analytical.
M.N.: Have you seen any of her drawings?
V.H.: Eh, stick figures. (laughs) Yeah, it kinda skipped over her.
S.H.: She’s pretty good at business law so, um that’s what she wants to do.
V.H.: Numbers. Headaches.
M.N.: What do you think makes an artist?
V.H.: Being an artist is all in the way you perceive the world. I think a little bit of it could be genetics, but it takes a lot of determination to stick with it.
S.H.: Perseverance.
V.H.: Yeah, you have to persevere through it because it’s not easy. I mean, a lot of people see someone who’s very talented and they’re like, “Oh, that’s so easy for you,” but they don’t realize the hard work, the time, all the hours...late nights put into a piece. It’s a lot of determination.
M.N.: Have you two ever collaborated on a project?
V.H.: Um, I don’t think so. No, we kinda go back and forth.
S.H.: I’m sure there was when we were little but there’s definitely been a lot of times where we’ve helped each other. I’ll go to her whenever I have questions. Or she’ll come to me if she has questions. So it’s kind of like bouncing ideas off of each other.
M.N.: You critique each other?
V.H.: Yes!
S.H.: Yes and a lot when I was in high school and she was already graduated. I would go to her and ask her questions about, like, what to do for this painting or how to do this and she would help draw it out and explain it to me and stuff. So it’s been more like we ask each other for help and we’re there for ideas and stuff.
V.H.: Haven’t really collaborated.
S.H.: I want to.
V.H.: We should.
M.N: Is there any competition?
S.H.: Yeah.
V.H.: Um, a little bit. Yeah, I haven’t painted since high school so she’s developed her painting much further than I have.
S.H.: And she’s much better at ceramics than I am.
V.H.: So it all kind of depends on what you focus on. She’s just learning on the wheel so she’s kinda wobbling all over the place and I’m like, “you gotta sit still!”
S.H.: And I’m just naturally competitive.
V.H.: It’s a good way to motivate.
S.H.: When she does something good I’m like, “Oh, man, that’s awesome. Now I gotta do it better!” So it helps us tune in our talents. And there’s a little bit of living in her shadow, a bit because, you know, she’s the oldest and – I mean just a tiny bit. Not like a lot.
V.H.: It’s not even a negative.
S.H.: Yeah, it’s not negative. It’s a positive competitiveness because it helps us develop our talents better.

A version of this interview was printed in The Mirror News Volume 41 Issue 3.