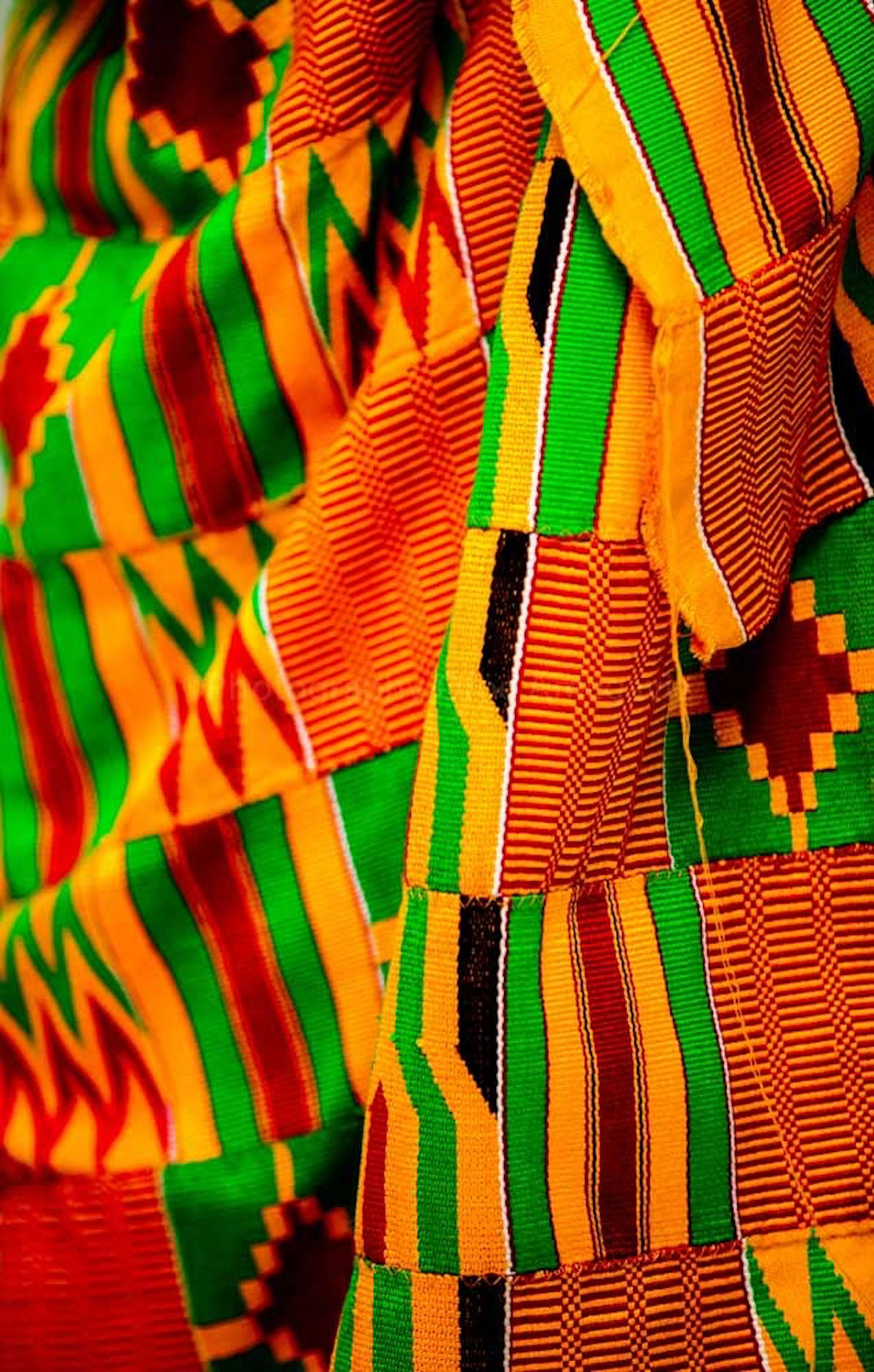 We never believed in Santa Claus.
As the holidays approached, Mother stayed
up late into the night sewing while my father smoked
weed.
In the mornings my brother and me were shuffled out
the door to school. Christmas programs were
planned as we grew increasingly
restless. One evening when Mother was
in the kitchen cooking, I ventured
into a closet and found a large black doll,
hand-sewn. She had a beautiful dark
brown face, long arms and legs, rosy cheeks,
big almond-shaped eyes with eyelashes,
pierced ears with gold earrings, and long black
African braids. She wore a Kente
cloth dress with matching shoes and headband.
I took the wonderfully sculpted
creation to my mother and asked,
“Is it mine? She said, “Oh, honey, I’m so sorry.
There’s a little girl down the street, your age.
Her parents are poor and can’t buy her anything
for Christmas, so I made a doll for her.
I want to make her feel special.”
Although disappointed, I felt sorry
for the child. “She’s going to love it.
Could you make me one too?”
“Maybe after Christmas, if I have time.”
On the street where we lived, I barely
knew the other girls my age. There were
only two. One girl wore pretty laced
and ribboned dresses, the other did not.
I wondered who would get the doll.
Christmas finally came and at midnight
we were awakened to open our presents.
We each had one carefully wrapped gift.
My sister, then a baby, had a small,
brown-faced doll, dressed in red with a head
that rattled when she shook it. My brother
had a quilted truck so large he could sit
in it with headlights, bumpers, and wheels,
all carefully sewn on. My present
was the best of all. It was the doll
I had dreamed of owning; the one I had
found carefully hidden and sewn with braids,
brown face, and earrings. To my delight,
it had three interchangeable outfits.
Mother said, “It was yours all along.
I never imagined that you’d find it.
You are that very special little girl.”
In the years that followed, many Christmases
have come and gone, but none surpass that one.