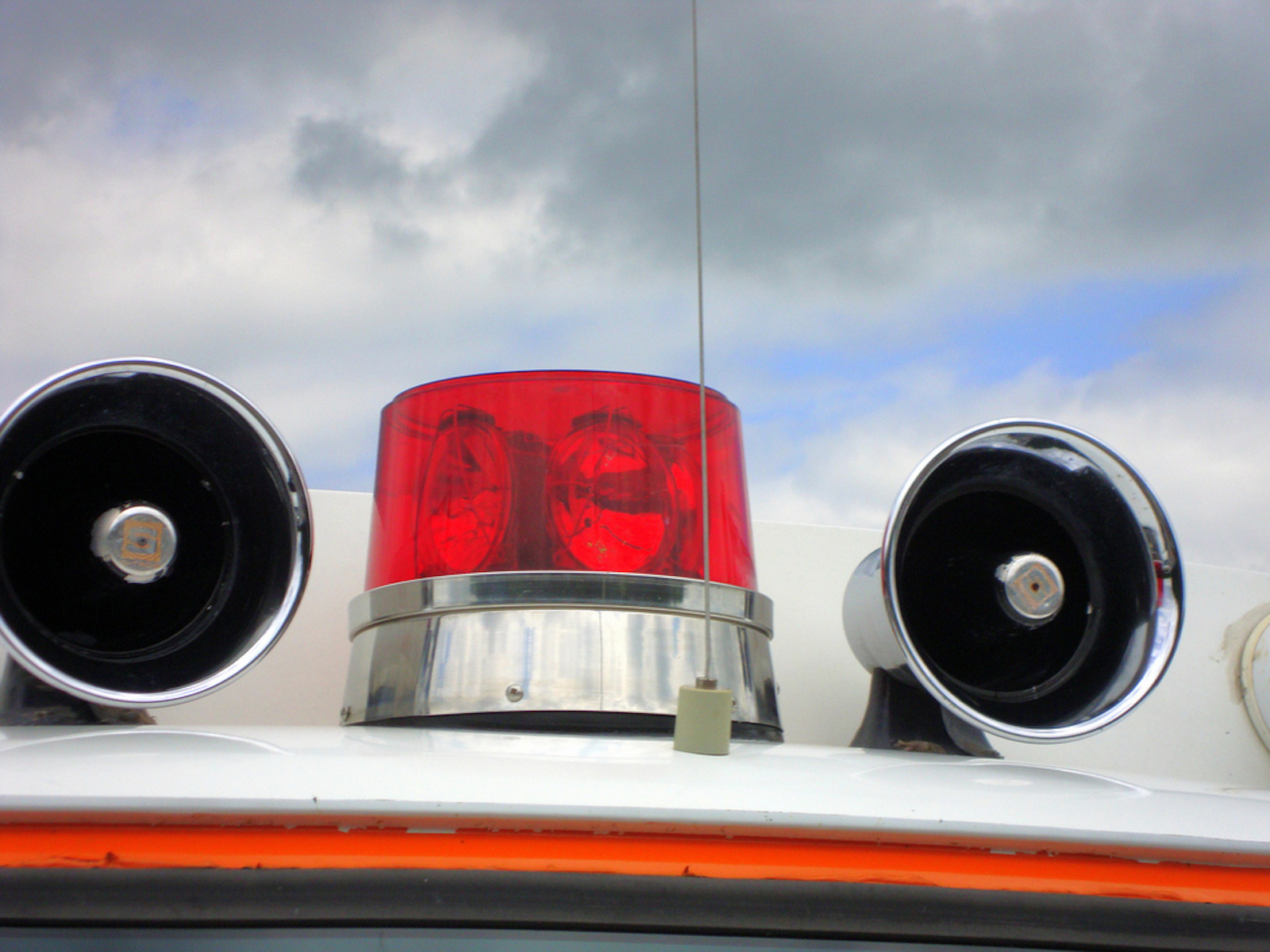 They call us the ghetto medics, 911 rig riders responding to emergencies in the 313. Bullets over our heads, gang fights by our trucks, drug seekers faking pain, and drivers trying to beat our lights and sirens; like they got something better to do. I didn’t even mention the patients yet, shoot I didn’t even start on the drama which is fubar; fucked up beyond all repair, and I would say this patient right now is just that.

“Manny, what is you doin’?” my partner Paul scoffed at me as I run over to the first patient.

“I’m trying to save this guy, what do you think?”

“Manny,” he shook his head. “that guy has brain matter coming out of his mouth and ears. Don’t even try.”

“This one is still breathing,” I say as I walk over to the other kid. Barely breathing.

I mean the things I see, I can still eat a sandwich after the call but don’t give me oatmeal or soup or anything that resembles bodily fluids. It’s the freaking fluids that get me.

“Oh shit,” Paul sighs as we reexamine the patient. “Kid’s got an open femur break an’ some major abdominal trauma, internal bleeding for sure…”

Basically shock. Rapid transport or he’s going to be set to die before our eyes.

“Manny, I know you think just ‘cause you’s a girl that we gonna go easy on you,” Paul begins, “But we keeps it a hundred ‘round here so don’t be a pansy.”

“Spit it out homeboy, I got places to be,” I check my phone to see if Joey replied to my flirty, mean text. And he did, score.

“Man, last night was a nightmare,” Bennie rubs the night shift from his eyes. “We responded to a 600 pound woman that was living on her couch, like her body was eating the couch an’ I’m not bein’ a dick about it or nothin’ but damn, like where do you draw the line you know? So we called back up and four firefighters, two cops and us EMTs tried to get this woman out.”

Bruh, I text back. I wear a dress one time an u lose ur frikin mind lol.

“Manny,” Paul nods his head at me. “Whatchu got on your mind?”

I clear my throat, welcome to critical incident debriefing. Seen a problem? Talk out the cure. “Well I was transporting this old guy who had a problem with his penis.”

“This guy,” I shake my head. “His dick was completely filled with maggots, like there was maggot slime seeping through his pants. I could not breathe that day I got so sick an’ we had to pour oil on his penis to choke them out.”

“Oh I see,” Paul sits back. “You picked up another shift.”

“You right,” I say picking up my bags to leave. “I’m out though. Need anything?”

“Naw girl, just get yourself home,” Paul waves me off.

A lot of people think it’s weird that I became an emergency medical technician, working in a field of mostly men, figuring that the open road was better than a nine to five job. I was a lot smaller before I started, weaker physically and mentally when beginning on the rough streets of Detroit. My first night I was given a decapitated head, and my second night was chill because they all thought I wouldn’t come back after the first time.

“Mom,” I reach to her and sit on the kitchen floor. “Please tell me you made me something to eat?”

“Food stamps don’t fill up this week,” she shrugs her shoulders. “Sorry, but we have cereal and some milk left.”

“Did you send the house payment yet?” she asks.

“Dang, are you? What about the water bill?”

“That will have to be on Amy ‘cause I work days mom and I can’t make it to city hall.”

She sighs. “Amy only got 20 hours this week so she’s short too.”

“I’m hungry,” he slumps his shoulders.

“I don’t want cereal, I want food,” he mutters. Aj has juvenile diabetes, which is worse than adult diabetes and is a monster to control. It’s so easy to slip up, for liver damage, kidney damage and his blood tests usually read just that. My dad used to tell him that he will die by the time he turns twenty. Aj is thirteen.

I give a long, unrelaxed exhale as I open my phone. “You’re killin’ me here bro,” I shake my head as I dial Michael’s number.

“Don’t tell me you’re calling Michael,” Mom covers her head with her hands.

“Yeah I’m callin’ Michael, I’m tellin’ that douche bag to get some pizza if he ain’t high or dead yet.”

I walk back upstairs while the phone rings, the living room is strewn in a mess, dusty and old. My two younger sisters and three little brothers are sitting on the beaten, unmatched couch watching T.V. My grandparents are in the other room resting on the only mattress in the house. This is the life-beaten family that should go out to buy a chocolate bar and win a golden ticket. Maybe one day when there’s money to buy a chocolate bar.

The kids look up at me as sunken and gray as the couch. I’m sure they’re all as hungry as I think they are. Emergency medical techs don’t make much, shocker.

“Hi Manny,” Deda smiles at me before turning back to the T.V.

My brother Michael is that one crackhead brother in the family. But when I need something I know he’d do it because he’s the one that got me to go into ambulance work in the first place. The call goes to his voicemail so I hang up and text him for food before I walk over to our room where Amy was drawing.

“Did you pay the water bill?” Amy looks up.

“I’m good how about you?” I take off my reflector jacket and throw it at her.

“Nope,” I let my hair down and shake it out. “And I had an extra bloody night too. Two drunk guys drove themselves to death just like dad.”

“Well you should’ve showered at work. I don’t know if the water is still on.”

“Excellent,” I take my top off. “There goes date night!”

“With Joey? I thought you guys had beef or somethin’?”

“Yeah ‘cause he thought I wore my long dress to impress his friends, but honestly it was the last cleanest outfit I had. And I didn’t know they were coming.”

“Yes you did,” she rolls her eyes.

“Yes I did,” we both laugh. My work uniform isn’t flattering, so I believe in the look-but-don’t-touch ideology. Besides, Joey is a Detroit cop and I know he’d shoot any fool that tried to use anything besides eyesight.

“Think I should go?” I look at Amy. Little, timid Amy who’s aged faster these past few years than the rest of us. Amy is a peacemaker not a fighter, even when it comes to arguing for shifts or hours.

“Yeah why not?” she shrugs her shoulders. “Free meal right? Shoot.”

I look in my closet, unsure if I could selfishly leave my family in hunger while I eat meat and servings of grains. My phone buzzes.

Text from Michael: Ya I gotcha ya’ll u owe me tho.

I don’t owe you nothing Mikey. Don’t even get me started.

“Look all I’m saying is that I want you too keep it for me,” Joey leans me against my car. We are in the Olive Garden parking lot. His muscular arms wrap around me, his dark brown skin glows under the light sprinkle of rain and he brings his face next to mine. “You’re mine, an’ I don’t want no one else gettin’ for it.”

I giggle. My older, fine boy Joey is sensitive and I like it that way even if they say I have daddy issues.

I’ve told him nothing about my life. I won’t make the same mistake again of telling people my horror story. He rubs my thigh and his other hand slides down my back along the curve of my upper bottom.

I don’t even know if he would judge me, even though he’s told me all the messed up things in his life.

Joey gazes into my eyes as he brings his hand over my face. He starts with my forehead and kisses to my cheek. It has been a while with Joey, I mean I could safely say the ‘L’ word about him. My phone buzzes and I try to grab it.

“It could be my family,” I turn away from him and pick up my phone from my seat.

Amy: WHERE ARE YOU

“Oh my God,” my heart feels like it lost its sense of life. “Oh my God, oh my God,” I unlock my phone and sit inside my car.

My breathing escalates, the first thing on my mind is a diabetic attack and that never goes well.

“Amy?!” I yell when she picks up, her voice tearful.

“They shot Aj,” Amy sobs. “Michael came with some food after you left and these guys followed him and shot our house!”

I choke and gulp the anxiety I always get when I work. “Is…is he breathing?”

“Aj! Aj!” I get down to my knees and begin protocol. Before I knew it, Joey prys me off Aj, his blood all across my face as he lay motionless on the living room floor.

There’s a high suicide rate in this line of work that people don’t know about, Michael chose the dirty route of heroin after he quit EMS and is now beyond repair.

Who do I call?