The Way the Waves Crash 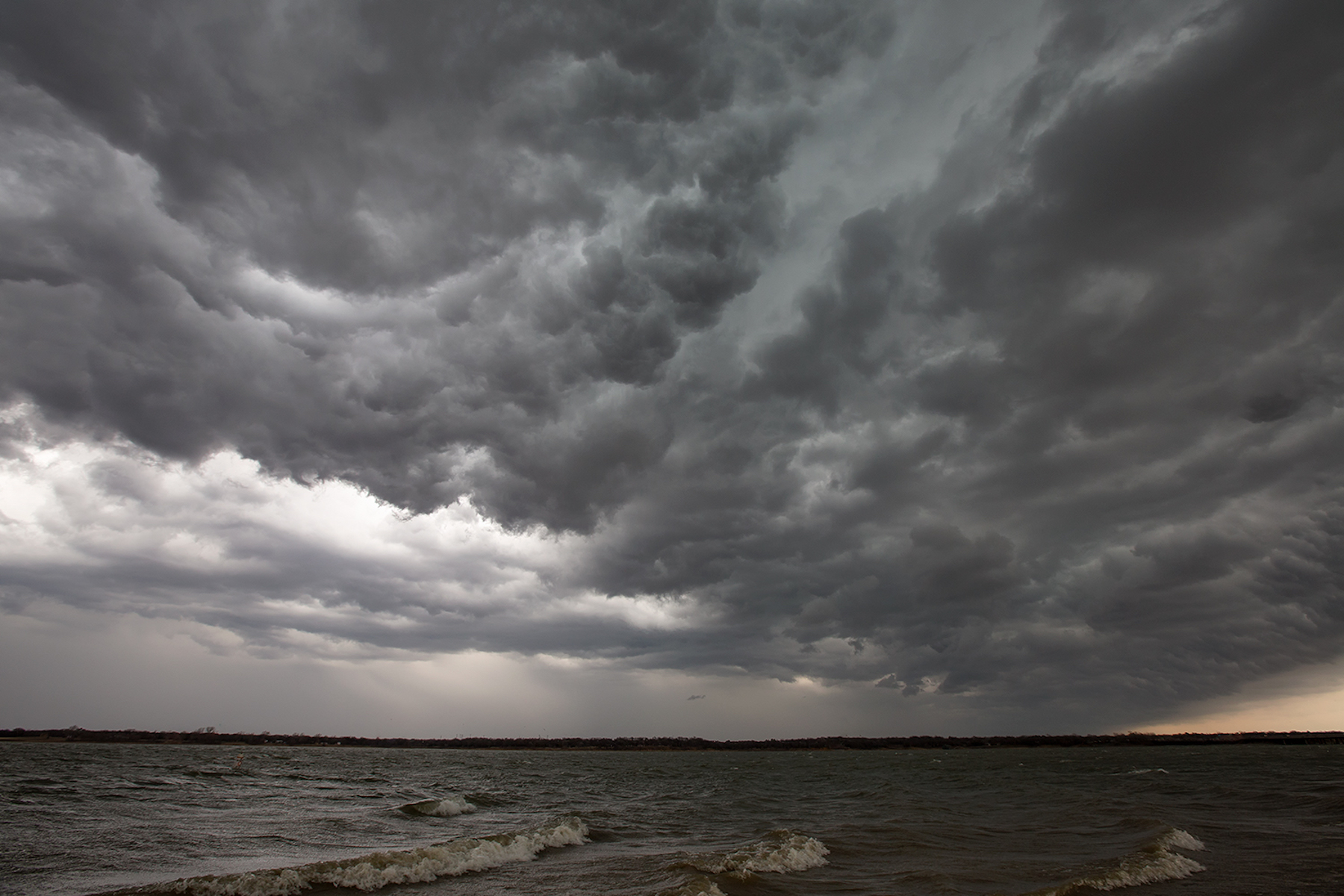 The bathtub sits empty, full of cold water, and cold hearts and cold memories. The sun seeps in through the window, and refracts against the water, casting rainbows on the white tile floor. Taho knows it is supposed to be beautiful, but it is the ugliest thing he has ever seen. He cannot bear the sight of the tub, cold and lifeless. He blames the bathtub. He blames his hands. He blames the grains of sand. But mostly, he blames himself.

When Taho walks outside that day, the sun isn’t out, casting the island with an uncommon shade. He shivers a little in the thin material of his shirt. The sand is cold when he sinks his toes into it, and no one is on the beach as he makes his way down to the water. When he finally reaches the shore, the waves lap at his feet, but the cold of the water is violent, unexpected.

Taho sits down at the sand, knees tucked up to his chest, and watches the push and pull of the ocean. The surface of the water is dark today, darker than it has been all of his life. Darker even then on the day they sent their best hunter down into the ocean for his Final Hunt. Everyone on the island had mourned the next day when the Hunter never came back, but Taho never really understood the significance.

As far as he was concerned, it simply meant that they wouldn’t be eating soup as frequently as they once did. There were other things to eat. The island was full of banana trees and water chestnuts and coconut trees. Fish were an easy meal too; it was commonplace for fish to wash up on shore, or for groups of people, old and young alike, to go fishing.

Taho never did understand what the obsession with the soup was; it didn’t even taste particularly good. It was just old sport for big game, and when it was put into that context, he could at least grasp it.

He chooses the beach, because all the villagers are gathered at the village center planning for Kailea. Taho knows he should be there helping them, but there is a dread in his bones that he cannot shake. He knows there must be another hunt, because without the soup, there is no festival.

There is a nagging voice in his head, whispering against the folds of his mind, telling him that he might be the one who has to hunt next.

Taho was born on the island, growing up among the palm trees and the waves and the warm sand beneath his feet. As a child, he takes an interest in instruments. His parents, who are fishers, take him to the Himeni’s, the island’s resident musicians. Taho grows up alongside Ari, the Himeni’s only son. Together, he and Ari master the drums, an array of horns, and singing.

Ari is a far better singer than Taho, but Taho does not mind, because the drums have stolen his heart.

By the age of twelve, he and Ari play for most of the village’s ceremonies, save for Kailea. Kailea is sacred, and it is not until they are sixteen that they are given the honor of playing at Kailea.

Ari gives Taho a quick smile before Taho strikes the first note on the drum, strength and pride in every movement, in every vibration reverberating in the air. Ari’s chanting fills the night sky, and Taho joins in, deep voice a complement to Ari’s.

They play and chant all evening, until it is time for the soup to be made. Ari’s chanting breaks off and he stares wide eyed at the pot sitting atop a pyre of flames. With every ripple of the flames, Ari’s eyes grow wider and wider, until he starts screaming. The villagers stare at Ari in shock, horror, shame, and Taho can only sit there and play the drums as Ari breaks off into hysterics.

Taho can only sit there and play the drums while Ari begins pulling at his hair, his screams ripping through the night sky again and again and again.

Taho can only sit there and play the drums while the village elders drag Ari away, and Mrs. Himeni takes Ari’s place.

Taho cannot tell if it is shame or the fire that stains her face red.

Taho cannot tell if it is Ari’s sobs or his manic laughter that etch themselves into his ear drums.

Taho lies down in the sand, back pressed flat against the cold grains. He does not want to hunt. He hopes to God that someone, anyone, will take over the hunt.

The clouds have begun to arrange themselves into violent shapes. They are a shade of grey so dark it makes Taho shiver.

It has never stormed in the summer.

It has never stormed during Kailea.

Storms are a bad omen, and Taho knows he should go back to the village center, lest he be cursed, but he does not have the strength to pick up two hundred and six aching bones. He does have the strength to pick up weary tendons and ligaments and drag them back to his house. He is nineteen years of supple flesh, but he feels ancient, withered, bent.

The storm is coming.

The storm is coming.

The storm is coming, and Taho knows that he will never be okay again.

One of the village children, a little boy named Rei, is sent to fetch Taho.

Rei stands above Taho’s head, burying his feet in the sand near Taho’s arms.

Rei looks like he’s ready to cry, and the aching in Taho’s bones only gets deeper and deeper, until Taho thinks it’s become a part of his very marrow.

Rei wordlessly hovers above Taho’s head, until Taho sits up and gets a good look at the boy. A few tears have rolled down Rei’s cheeks, and Taho feels his heart break at the sight of them.

Rei looks up at him, and sniffs. “But what if Mama Mida hurts you?”

“She won’t,” Taho says, giving Rei a smile he hopes is reassuring. “We’re going to be okay. And if she tries anything, we can throw sand in her eyes and run away.”

Taho watches Rei put a handful of sand in his pocket, and with an approving look, Taho offers him a hand.

Rei stands up, and his legs wobble, but Taho squeezes his hand, and they walk back to Mama Mida’s hut together, hands swinging back and forth between them.

The first time Taho meets Mama Mida, he is seven years old. His parents take him to see her, so she can predict his future.

When he walks in, the edges of her mouth pull into a knowing smile, her face wrinkled with age and wisdom and secrets.

“So this is the Makki boy,” she says, when Taho sits down in front of her, legs crossed.

He gives an almost imperceptible nod, and she smiles even wider.

“No need to be afraid, boy,” she says, reaching out an aging hand to pat Taho’s dark brown hair.

Mama Mida just tips her head back in laughter.

“You are destined for great things, Makki boy,” She says, finally sobering. “Great and tragic things.”

She laughs again and Taho thinks he has never been more afraid in his life.

When Taho walks into Mama Mida’s home, the first thing he notices is Ari, tucked into a corner, face in his palms. His breathing is dragging along to the rhythm of hysteria.

Taho feels boulders lodge up in his throat. His teeth feel like tombstones for all the dead words that he will never say to Ari.

Taho still hates himself for it.

He hates himself for what happened to Ari, because somehow, it all feels like Taho’s fault. If only he could have done better. If only he hadn’t made those hallow excuses, thin as paper and flimsy as twigs.

“Come in Makki boy,” Mama Mida says, smiling. Her smile sends chills dancing along Taho’s spine, pirouettes, and grand-jetes pinpricking all over his back.

He hates her smile most of all.

He hates her smile lines and her crinkled, crescent moon eyes, and the deep wrinkles worn into her face.

Taho sits in front of her, crossed legged, the way he has since his childhood.

“Your friend, the Himeni boy,” she says, gesturing towards Ari with a lazy wave of the hand. “He seems to be getting worse.”

Mama Mida knows that he and Ari have been friends for years, that they could draw out the lines in each other’s palms if prompted, but as long as Taho does not show it, then Ari will be okay.

“What do you want me to do about it?” Taho asks, a bored look carefully masking the terror he is feeling. He does not allow himself to look over at Ari’s shrunken frame, because then his armor will crack, and Taho cannot afford cracks in his armor, not when he needs his armor to slay the dragon and get Ari out safe.

He knows that his hand is one of the ones that choked Ari’s roots so long ago.

“Take care of him,” Her eyes snap up to Taho, hard, cold. “In any way you deem fit.” And then her eyes return to their usual warm, liquid brown.

The smile returns to her features, her eyes becoming crescent moons, her nose crinkling.

She is the kindest woman you have ever seen.

She is the most evil woman you have ever seen.

She is the kind of woman that makes Taho feel as if he has been dipped in acid.