To Be Late Is To Be Forgotten 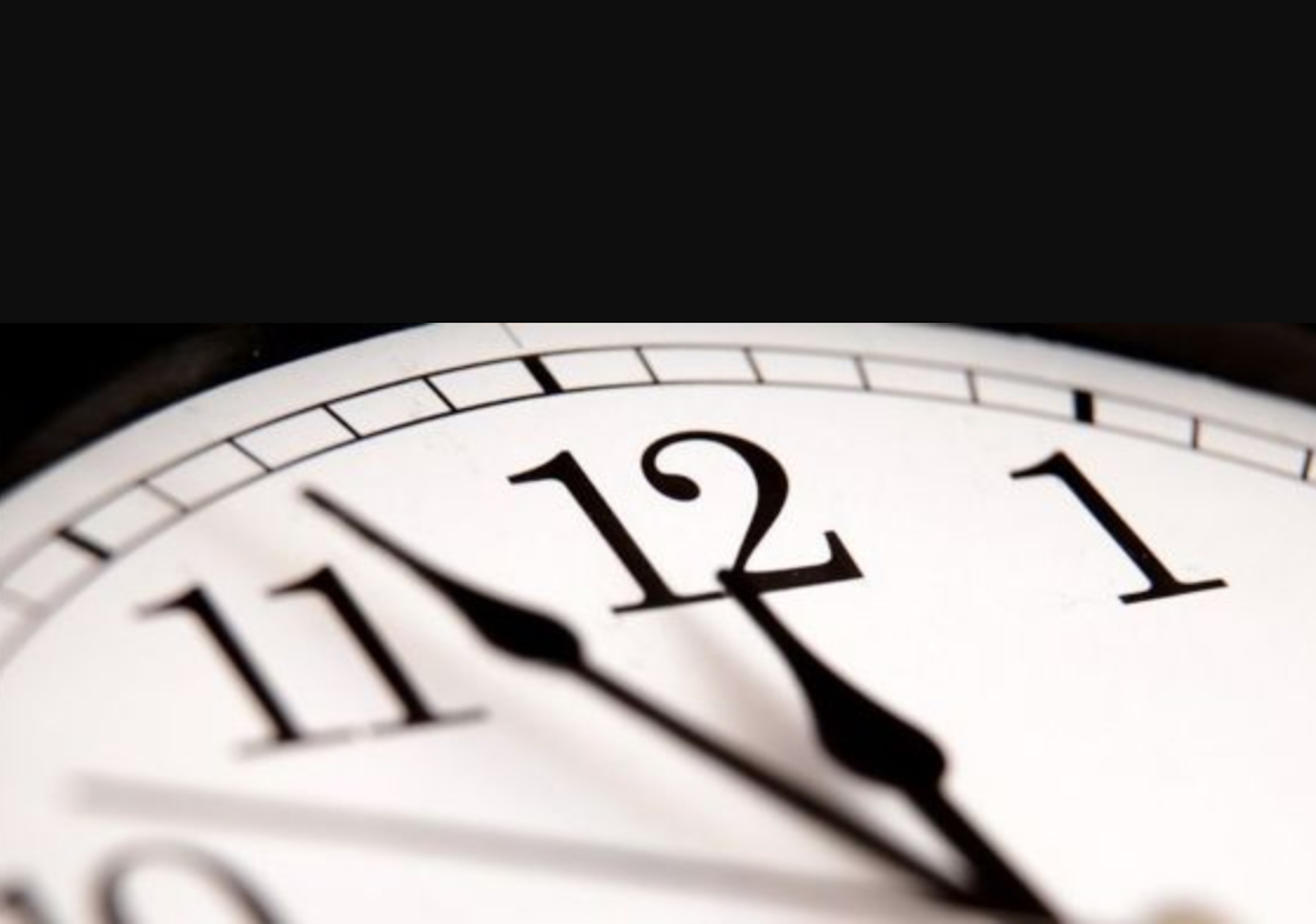 After hours of deliberation and arguments, Don Juan Rashid was sentenced to death by firing squad. It was a fate he knew all too well that was reserved by God for him, and he accepted it without any hesitation, almost praying for it to come, because when that first bullet would penetrate his back, there would be a well-deserved pain, and then an all too merciful sleep. "Finally," he breathed when he was sentenced, "a cure for my insomnia."

He was kept in the pigsty that had once served as the munitions storage in the time of his father, except now it had become nothing more than a room full of hay, empty shells, gunpowder, stale urine, dried pig shit, and a breathing carcass. He tried to sleep near the window and tried to gasp for fresh air, but the putrid odor of the room was overwhelming, but after an hour, it became the last air he would breathe, and somehow, he learned to appreciate it, because he was reminded with everything that had been done to bring him to that unforgiving solitude.

His treasons, torturous as they were, gifted him that those who died by his hands would do anything to smell that air, because they would at least know that they were still alive.

The morning he was to be executed, someone approached the living corpse. It felt as though eons had passed since he had seen her, and he sat upright, sore from the cold, hard floor he had been sleeping on and the pains that shame had blessed him with, as he struggled to comprehend how she came to be in that sad place. She was young, beautiful, ethereal, full of life and light and yellow butterflies and she smelled of roses. The odor of the pigsty faded away as the ephemeral scent of a meadow had overwhelmed his nose. Her eyes sparkled like the ocean and her body had illuminated the city and people had woken up thinking it was dawn. Jana, even in death, was still as beautiful as she was when she was alive. Don Juan, lost in the hallucination, was awed by the fact that she appeared before him as he was about to die.

This premonition that reminded him of every night he spent with her, every moment he wasted because he had fooled his heart into thinking he loved her. She came back to him as he was about to die, not because he was lethargic, but because she needed to see how he looked like before he died, the same way he had before he killed her.

"So, is this the part where we fuck like we used to?"

"Even before you die, you still sound like a complete ass," she said, waltzing around, mesmerized with an ephemeral glow that was confused with moonlight.

Overtaken by his own fantasy, stolen into a fiction that held nothing but an empty promise for death and brought nothing more than a blissful end, Don Juan remembered the moments when his world had made sense. Surrounding that certainty was the memory of every consummation they had. "I see yours hasn't changed much."

"And you haven't changed at alL You're still as cocky and childish as when I first met you."

"Is he up there with you?" he retorted, spitting every moment he shared with Toussaint as if it were acid in his mouth. Saying his name sparked a fire in his throat, and it hurt him to even remember the half-brother he despised more than the Gringos.

"We prefer death to separation."

"Do you regret anything we did?" he asked. "Is that even a question?"

He turned away from her, grunting and avoiding eye contact altogether, wearing a somber frown on his face as he looked down into the hay, which smelled more of gunpowder than feces, "you didn't come to patronize me. You had eight years to do that, but you choose the fleeting hours before I die to haunt me. Why are you really here?"

"I come with a message."

"I don't regret what I did to that shitbag. He wasn't even my brother. Everything he did brought nothing to anyone; he was too nai"ve to change anything."

She ignored his admonishments, "it's from the Colonel."

She handed him a letter, and he clutched it tightly, and just as she faded away, she turned to him and said, "you had a million chances to atone. A million opportunities to fix everything you broke, and you missed them all because you were too blind to realize that you were the one reason those wars had continued. And that's why you'11 never find peace in death."

"I was never looking for peace. Not in life, not in death, not even beyond death."

She stopped and asked, "so what was your goal in life? What was your one definitive purpose? It wasn't about rising and falling and riches and destitution. Simple men want something more."

He thought about his response. There was only one ambition, one singular characteristic that had brought about his own destitution. In spite of that, he still held that dream to his heart as he muttered: "I wanted my name to be remembered."

"To be late is to be forgotten... " she echoed as she departed into a mist and left the mortal world to deal its damage to the now depraved soul.

The letter still in his hand, he rushed to open it. It was only when he opened the note that he was able to decipher the message that had been sprawled onto the parchment. It carried only one word: "disappointed."

"Fuck the firing squad. I'm already dead," he groaned as he crumpled the paper and tossed it into the pile of hay he had been sleeping on. Maybe it was because of the weight of that word, but Don Juan found it impossible to sleep on that pile of hay because it felt like he was resting on a mound of steel.

Two hours later, the remnants of the Free Taina Army had thrown a bag over his head, dragged him by his feet through the street, and stood him upright in front of a wall. He knew the smell all too well; sulfur with a hint of sugar and rosewater. He heard the songs of the ravens and could faintly smell the opium he had used to poison Jana, and that's when he realized he was standing in his own backyard. Those definitive moments in his life he had dedicated to one final thought, or one series of final thoughts, or a final thought followed by a series of final thoughts, had drifted away as he now thought about those who could care less about his death because of the pain he had brought them. He knew that Fernanda was on her porch and he prayed that she would at least tell stories about him to the next generation, even if she were to revile him. He prayed that Alexandria would find the strength to let go ofher hate for him. And he remembered Gabriel and he wished for his name to be written on his lips once more, whether in memory or by accident, whether he came to spit or shit on his grave he wouldn't care, so long as he said his name, he would be content.

"Do you have anything to say before you die?" a soldier boomed behind him.

"There's a special place in hell for me. For all of us. Whether we go to one or the other doesn't matter. We all die, and nothing changes that. I was born a son of a bitch, and I die a son ofa bitch" he thought to himself.

The wind was cool and the sun was not strong. "What a beautiful day to die," Don Juan said aloud. He wanted to see the sun one last time. He wanted to stare at those bricks before the guns fired. He wanted his execution to end quickly, but with the blindfold over his eyes, minutes grew into hours. He turned around to face the soldiers. He stood tall and proud and only asked that the handcuffs and blindfold be removed so he may at least have the illusion of dying a free man.

His wish had not been granted.

A soldier forced him to tum around and face the wall. In the darkness of that eye-gag, he thought he could see Jana one more time. The cocking of the gun was his first warning that death was imminent, and when that deafening click echoed across the plains, he knew that he wasn't hallucinating anymore.

Then there was the first gunshot, and the bullet had lodged itself into his lower back, and he collapsed onto the floor, unable to move his legs. There was a long-awaited and self­ deserving pain, and then a bliss he had never experienced, an overwhelming ecstasy that only those who ate seeds of the poppy would ever live to tell. The second bullet that lodged itself underneath his shoulder blade left him with the breathless euphoria of finally grasping his own mortality, understanding that there was no escape from death now, but that didn't matter to him because it was something he finally embraced. The third bullet that had penetrated his back brought with it the painful memories of his own faults, of the massacre he caused and the lives he took, knowing that there would only be the deserving disgrace that would come in his afterlife. And he remembered Koko and how he let her die, how he allowed himself to take her away and deprive her of the future, as she aimed for a limitless success, bound by nothing but the electrical cables that had forever blinded her from looking to the blue uncertainty of tomorrow.

The fourth bullet made a present of the fear of death, something that he had never experienced. It was a cold feeling that spread across whatever part of his body he could feel, and brought with it the warm fluidity of some strange liquid streaming down the side of his leg. He suddenly remembered that Gabriel had given him the book about men who strived to build cities of ice, husbands who spent the day with their wives and nights with concubines, and children who would repeat the same incantations of the destinies of their ancestors.

"Shit," he thought to himself, pained and afraid, "I forgot to give Gabriel his book back." The final gunshot was rung in just as a solitary yellow butterfly fluttered overhead, tantalizing him with the thought that love was something he never experienced, and it was his greatest regret to never understand what it meant to be half of a whole, and that left a hole in his spine and in his heart just as the bullet passed through that cold and decrepit comer of his body.

He died in solitude, without a moan, without a protest, without another moment of betrayal, tormented by failure and a yellow butterfly, and was killed not by the firing squad but by his own selfishness and cowardice, criticized as the enemy, celebrated as a fiend, and ostracized as the devil.