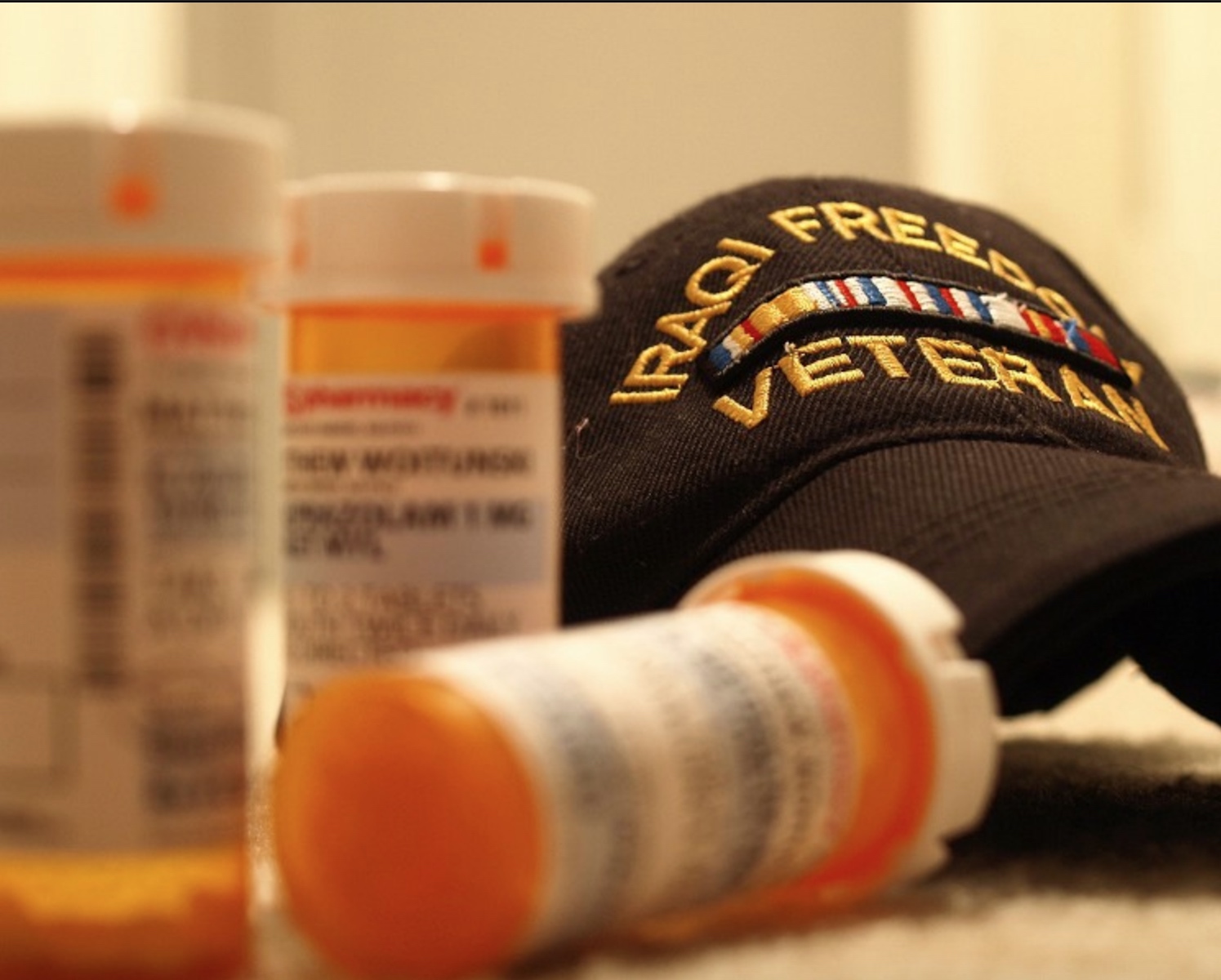 It was dusty, and visibility was shoddy. It was hot, hotter than I have ever been. I gets so hot in midday that I am convinced my feet are literally cooking inside my boots. Thank goodness, we didn’t deploy with our traditional black boots. It would have been worse. We were in route delivering propane to the people of Mosul like we have been everyday for the last couple weeks with very little incident. All good things end, sometimes those good things end in carnage and bloodshed.

An explosion. That is what I can remember initially was an explosion. It was not like the movies though with beautiful burst of red and orange and blue fire and brilliant plumes of gray and black smoke. It happened right in front of me and I didn’t see anything like that. The happening saps all ability to hear for a few seconds. The moment my ears started processing sounds again I wished I was deaf. The screaming was unbearable and inhuman. It sounded like an animal being ripped apart while it was still alive. Guttural and primal screams without the unnecessary formation of words. If there were words what would they say?

It seems like forever since the chaos started, but it was only seconds and like every good soldier my training kicked in. I listen for the unmistakable popping of the enemies AK-47’s but I didn’t hear anything. Just screams. They were not as loud as they were just seconds ago.

“Gaston, prone, left quadrant, if it moves shoot it!”

“Mac, get out of the truck, right quad. Open your fucking eyes!”

I yelled out concise direction to my soldiers and hop down from the truck. I had not visually recognized what had happened yet. Only reaction. Now I see. Martinez. He was the screamer, but he was finished. The screams didn’t jump start his life force. They probably extinguished it faster. His truck was a ball of fire with the once green metal either black or gray. I didn’t look to hard. Martinez had two soldiers in his truck as well. He slept in the cot next to me, we traveled from headquarters battery to bravo together in the beginning of a deployment. It was like being adopted by a strange family that had experienced things together and we came in as step children. I wonder who will take his cot.

It's cold in the daytime. Iraqi winters are very similar to early spring in Michigan. Wet drizzle that you barely feel hitting your face has you soaked to the bone in minutes. I choose to man the 240-Bravo again. I always do. I am not sure if I have control issues or if I just love my soldiers, but typical Staff Sergeants don’t do “air guard”. Pop! Pop, pop, pop, pop! The international signal of “oh fuck!” The ringing in my ear from the day Martinez screamed is heavy and unending like the number equivalent to Pi. It doesn’t seem to muffle the sound to much and I swing my 240-bravo to the right, careful not to loosen the ratchet straps holding the weapon down, what kind of government sends their troops to war without giving them proper equipment?

I see a figure. I see a man. He is equipped with a weapon of his own. There is firing from all sides and we are returning fire. I have not, not yet. I see a man and I bless the battle with a slight squeeze of the tip of my finger. I hit the target. You almost never truly know whose round rips through a life but this time I knew as soon as I watched 1/8th of his face and head disappear. Disappear is not the right word, it exploded like a water balloon with red sauce and designated. Without a single doubt I had the lightening fast realization that I killed.

As sudden as it started the skirmish was over, we never stopped moving. My hands were a hard formed steal, no shaking. I don’t feel much of anything, a sickening feeling of accomplishment maybe. I did my job, right? Anger, disgust, joy, sadness, misery, anything? It was some twisted business transaction. We both showed up to the event but only he paid the price.

Propane. The life blood of the Iraqi civilian population. The shortage has been thriving for at least two weeks. The scene at the propane distribution center is chaotic. Ants. It looks like a colony of fire ants that found a decaying piece of food. Swarming the decay with intent and precision but seemingly nothing is being taken away. In both situations I could not be more wrong. Like the ants are stripping away meniscal pieces of food the civilians are stripping away tiny pieces of patience from the troops. The mass of angry civilians shake the fence and we wait anxiously for the pot to tip. We wince and jeer as the poke and prod. They Shout obscenities at us. I think. The desperation for fuel is trumping the typical fear of the armed force in front of them. M-4’s, sidearms on the officers, hand grenades, tear gas, zip ties, and knives are the claws of the hibernating bear the people are about to wake.

We locked ourselves in the propane distribution center. The fence is the typical silver fence you see around yards in a suburban town only fifteen feet tall. The gate opens in the middle but is closed and secured with a pad lock and chain.

The troops seem to be filling with annoyance. I am filling with anger. They should listen to us, we are trying to help them. Only if they don’t want our help and get out of hand they sometimes find the flat end of a Maddox handle, a four foot long piece of oak that holds a mining pick, on their skull. The disorderly clamor suddenly sizzles, and pops and they rush the gate. The once civil disturbance had turned riotous in an instant.

“Gas! Gas! Gas!” Shouts a soldier on the back of a truck and pumps his arms like a body builder flexes his muscles. I don’t think. I just put on my gas mask. I never think. Like a good soldier. Sudden pops and slight flashes in the late-dusk sky and geysers of smoke shooting out beneath the crowd. Shooting up and at every possible angle as the gas canister rotates and spins.

We are released like animals. Like guard dogs. We rampaged through the crowd and formed an orderly line faster than we should have been able to. The line was tight and quiet. Little commotion now. Tears and dirt. Tears carving streams through dirt. I turn to survey the once enraged scene to find stillness. A couple of bodies. What the fuck. Something shifted inside of me as I looked at my own bloodied fist, I did not have cuts.

These feelings are natural considering you were at war. That’s what the doctor said but I am not honest about the symptoms. I seldom sleep. I actively avoid sleep with an assortment of prescribed drugs and street. I hate sleeping. These will heal me, he said, and talking. Talking? Say what? To who? That’s just not my way.

Alprazolam, Effexor, Wellbutrin, Xanax, Vicodin, Citalopram, Sertraline, Paroxetine, Trazodone, Bupropion, Percocet, Adderall. Not all at once or maybe. This was my answer.

When those ran out I went to the pharmacist on the street. Cocaine and pills. Maybe some meth if the coke isn’t working but only if it’s not working because I am not a drug addict. I just don’t sleep. I hate sleep.

I have not slept in days. Literally, I think five days, maybe four. All the horrible things I have done, they are coming to get me for atonement. I think that’s fair but the soldier in me won’t go without a fight. Just because I deserve to die doesn’t mean I have to go willingly. I will fight.

Who are they? I am not entirely sure but sometimes they are watching through my phone and sometimes “They” are hovering overhead in a silent drone and sometimes They are operatives on the ground. Where do They come from? I have many theories. Deep in my mind I know They come from a lack of sleep, but I completely ignore reason. I have been for a long time. Reason makes the problem in my head. I choose fear.

I snuck into my friend’s parents garage. For protection. They had chosen the form of a tactical infiltration team hellbent on extinguishing their target. I think it is mid-morning in mid-July. It is hot, but I can survive. I have been in hotter places. I back myself into the South West corner of the garage, furthest from the door. There is so much shit in the garage. Four lawnmowers, two weed whips, three refrigerators (none running), and hundreds of other outdoor tools and furniture of some kind. So many weapon options but I have my blade. I always have my blade. I know how to use it. I am surrounded by a miniature fortress of junk.

I can hear them now. The footsteps, this time it is not in my head, I hear them as sure as I hear my heartbeat racing in my chest. Beating like a man about to fight for his life. I was about to fight for my life. I crouched with my blade bare of its plastic scabbard. I crouched and waited silently like a ninja. Stealth was my best tool. I waited. I waited for hours. Only silently switching from a crouch to a kneel. My legs burned with effort and stillness. I waited. It was dusk when my friend’s dad opened the garage door. No special operations team in sight.

The room smells of the intoxicating odor of freshly spent marijuana. A strange conglomerate of fruity and diesel smells. I love the smell. It smells like freedom.

I just spent forty minutes on my yoga mat and I am preparing to sit for my morning meditation. The same way I have for over a year now. A ritual. Rituals are very important. They keep the mind from the clutter and chaos of itself. I burn my sage, light my incense, bow to my statue of Buddha, and I sit. I fold my legs. I stare, relaxed at a forty-five-degree angle downwards. I breath in and out, deep at first and loud but morphing into silent and timed breaths. Breathing is so important. We take it for granted.

My mind is often a rush of thoughts layered on emotions layered on memories and aspirations. Not now though, now it is calm. Focused. I have not taken a prescription medication in months. I have not succumbed to addiction in over a year. I don’t keep track. Keeping track of something is forming attachment with it. Medical marijuana and daily meditation is my prescription. Freedom. I try not to think about the countless years I lost to my addictions that would be counterproductive and the terrible things I have done for the interest of rich and filthy white men. Sometimes I succeed and sometimes I don’t.