Boxes and Other Assorted Junk 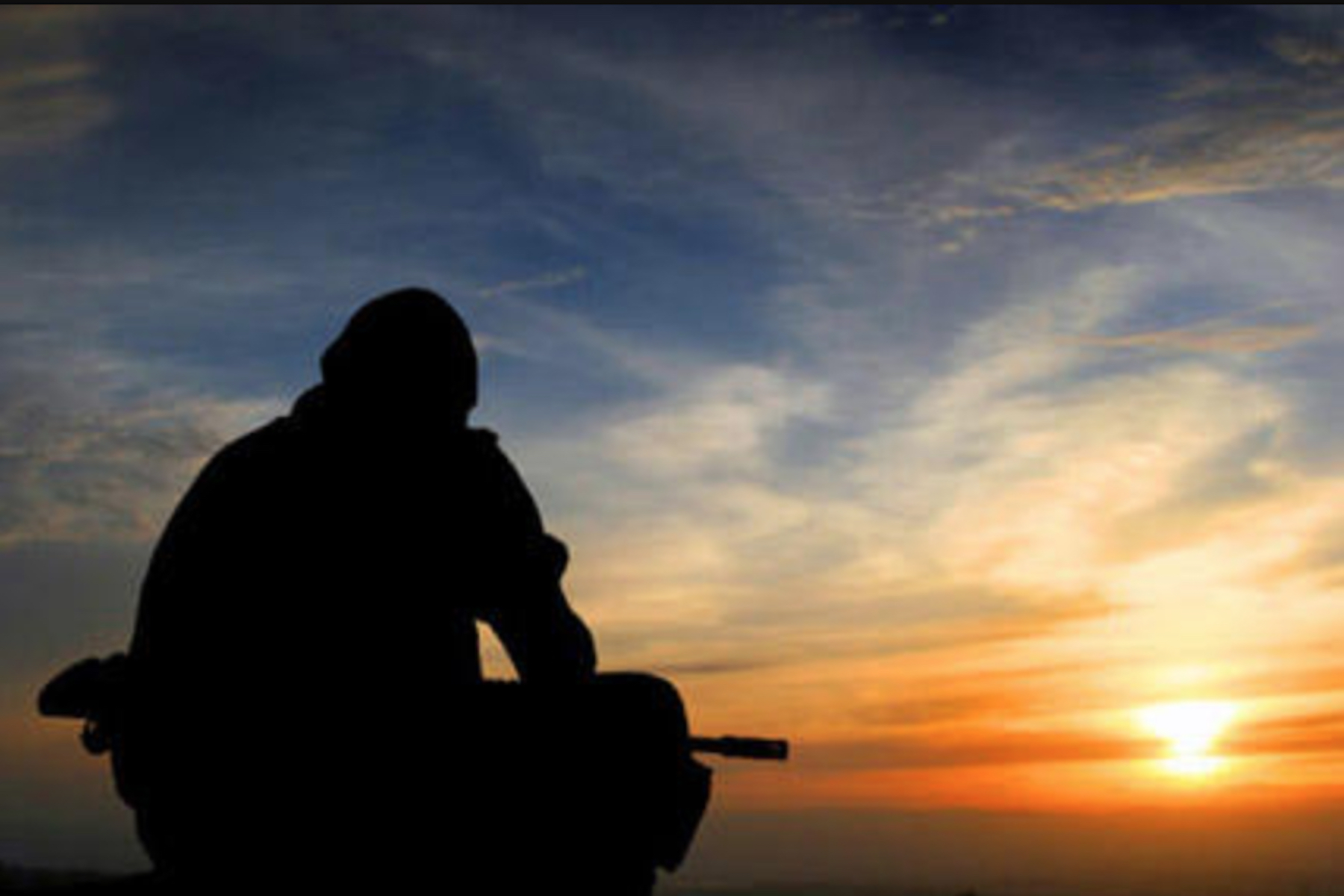 I smell dog shit. Not the day old, baked in midday July sun dog shit either. It is pungent and terrible. My clothes are soaked. It could be from sweat from a humid midsummer night or from the dew in the grass I am laying in.

I am making my way toward the garage doing what we call in the Army a dead man’s crawl. My entire body is low to the ground including my face. My face looks right and stays cemented to the ground. We would use this crawl when faced with enemy fire. In truth, I never really used it in a combat situation, just training. Fire fights never happened the way they did in training.

I drag myself through the dog shit filled lawn toward the side door of the garage. Something is coming but I don’t know what. I just know that the garage is where I want to be, where I need to be, and I need to get there silently and swiftly. I propel myself forward reaching out my left arm and extending my right leg, all the while my face dragging through the dew-soaked grass.

It must be somewhere between 1:00 and 3:00 am, the devil’s play time, I have heard it called. I haven’t slept for at least four days, probably closer to six, and I rely on a new synthetic drug called bath salts to stay awake. I do this because of the nightmares but after days on end with no sleep, there is no discernible difference between the nightmares and the waking world. Sometimes, I dose off for 10 or 15 minutes, but I try not to. This is when They will come.

I reach the cracked-open door and I roll myself to a sitting position plastered on the wall next to the hinges. I slowly push the door like I am expecting a zombie or some other nefarious and deadly creature on the other side. In a way I do.

Once the door is parted, like a rabbit I hop inside and swiftly and silently close the door. I pull the mini mag-light from the loop in my belt, where it rested next to my fixed-blade, rubber handled combat knife. I carried this knife on every mission when at war. Sometimes it left the sheath but usually it stayed nestled in its home like a reluctant hermit.

I am garbed in my usual covert-ops attire, a black long-sleeved shirt, digital camo pants with holes in the knees, and my tired old combat boots that just wanted to retire. They would have to wait. I look around the garage. It is full of cardboard boxes packed to the brim and other assorted junk. There are three refrigerators, a few lawnmowers, hoses, tools, saw blades and more useless crap. A perfect den for hiding among the junk because I fit right in. It was filled like a nine-month pregnant belly ready to burst.

I look myself over and find the source of the pungent dog shit smell. I must’ve crawled through a pile; it was spread from the stomach of my shirt, lodged in the buckle of my belt, and down the thigh of my right leg. Nothing much I could do about it. I’ve smelt worse. Charred bodies immediately come to the forefront of my mind. The smell of shit is no longer that terrible.

The nape of my neck is electrified, like a spider-sense of sorts, They are coming. I work my way stealthily to the back corner furthest from the door. The safest place to be in any room is in the corner, preferably near an exit point, but that wasn’t an option. After I push some boxes, an old dresser, and a huge aquarium around, I make a small space for me to nestle myself amid the junk.

I listen. I listen hard, so hard that subtle noises like the hum of electricity in the power lines behind the garage seem loud. I focus my ears and I can start to hear the voices. The whispering. It would be terrifying if I wasn’t already terrified. It would be unsettling if I wasn’t expecting Them to communicate, but I was. The whispers are soft and obscure. I can’t make out the words, but I listen harder to hear. I wait. I sit and I wait.

Suddenly I hear the shout of an automatic weapon, an M-249 SAW, as deadly as it sounds. I am not in a garage. I am on a dirt road in a distant land, in a Humvee, a bullet hits the thick paned glass like a rock. The convoy pulls over. A passenger bus, the type they use to shuttle drunkards from the Joe Louis Arena back to whatever bar they originated from, was in between my vehicle, the trail vehicle, and Sergeant Espinoza’s truck.

The passenger van’s door opens, and civilians start piling out, some screaming, some crying, some shocked, a few bleeding and dazed, and one that didn’t come out at all. You could see the body slumped in the seat. We reacted, as combat trained soldiers do, setting up a perimeter and trying to mitigate the threat. None could be seen.

One elderly man sat crossed-legged on the dirt with a calm that only shock can provide, the right side of his face ripped open and skin dangling like a half-opened birthday present. He looked like an anatomy model with the layers shown for curious onlookers to see bone, muscle, and skin. The skin flapped when he turned his head and locked eyes with me. I grabbed the combat lifesaver kit out of my truck and made my way over to him just as Staff Sergeant Erickson spiked his arm straight in the air and spun it in a tight circle like he was winding yarn. The signal to leave. “Roll out” we called it. We did. We left them there, in the dirt, bleeding and skin flapping, we just left them.

The shooter was one of us. Someone asked him later that night as we sat around taking pulls from a black-market whiskey bottle, why he shot. His answer?

Crash! My eyes pop open and I am back in my junk fortress in a garage in the midsummer humidity. I must’ve jerked my body and knocked over the aquarium. It was still whole but cracked in a hundred different directions like a spiderweb, or the crevices of a brain, it was broken but still hole. I sobbed and I stunk of dog shit.