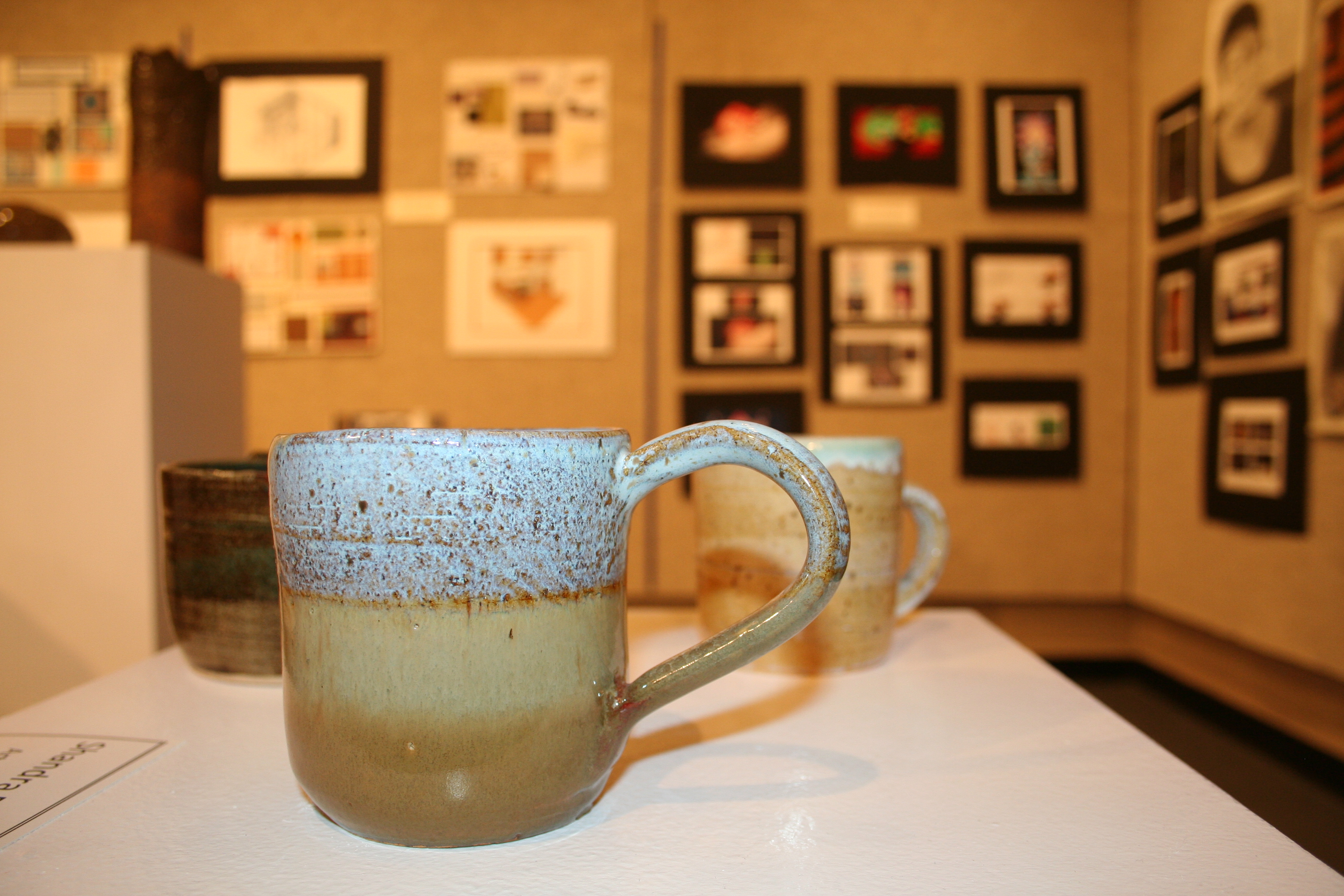 What is this doing here? I thought. I was cleaning out the kitchen before my mom arrived the next day when I found my mug in the cupboard on the highest shelf. I had to climb the counter to reach that shelf. I expected to find expired prescription pills and a bag of flax seeds that needed to be thrown out but not my mug. I was drinking coffee from that mug just a few days ago at 5am while writing a term paper.

This was my favorite mug. It was pink on the inside and on the outside, it said “Girl Power” with a heart drawn on it. With my mom gone, there were only two people in question: my sister and my dad. I already knew who it was but I had to be sure.

“Did you hide my mug in the top cupboard?”

“Ha!” I chuckled at the thought of my father picking up a dish. My father was only a few inches taller than I was so that top shelf was hard to reach for him too. He was determined.

I remember when I was younger. I got grounded for the entire summer. My family was sitting together and sharing their stories. My dad and my brothers had the same theme to their anecdotes—heroism. Hearing their stories encouraged me to tell mine.

“Once, when I was at the park, this boy was bothering Aria and I walked up to him and punched him three times in his face. He ended up bleeding and crying.” I was so proud telling that story but when I saw my dad’s expression, I realized I had fallen into a trap.

“You know girls aren’t supposed to do that, right? You’re grounded.” He had a smug look of success on his face.

“For how long?” I asked, holding back tears.

“For the whole summer,” he answered.

I shouldn’t have asked how long.

I walked towards my room while all four of my siblings stayed quiet. They knew my dad well enough to not speak one word. They always gave me advice to nod my head and just say ‘okay,’ and I never listened but my dad was always playing his games. I was his game and he always trapped me. He knew I was an obvious target.

I closed the door behind me and I sat in that room that whole summer for the third year in a row. Last year was because of report cards and the year before that was because of eating too many sweets. That did not stop me from throwing quarters out the window to my sister and neighbors to buy me a popsicle from the ice cream truck.

It did not stop me from being heroic either. My brother would give me books to read and I went on heroic adventures every day. I would also listen to the clock radio sometimes when I got bored. One day, late August, I heard the DJ say on the radio “tomorrow is the last day of summer, spend it well.” I jumped off my chair! I thought summer ended when school started. This was it, my way out, finally!

September 1st. I played outside in my neighbor’s front lawn that day. I wanted my dad to see me when he came home for lunch. I saw him pull up our driveway and then stop. He rolled down his window. He gestured for me to come to him.

I ran to the passenger window. “Yeah?”

“What are you doing playing outside?” He had a smirk on his face.

“Oh, well, yesterday was the last day of summer so I’m not grounded anymore.”

He laughed. “Okay.” He drove up towards the house.

I looked at the mug and I was livid. He never cared about me until he tried to stifle me. I wonder if he could love me that much instead. I wonder if he thought I was never going to find this mug.

I hear the whoosh of someone going up our driveway. It was my dad. Perfect. I quickly grabbed my mug and made myself a cup of coffee. My sister answered the door and came upstairs with him. I grabbed my coffee and followed them to the living room.

“Hey abbah.” I sipped my mug obnoxiously. I don’t usually like to play his games, but this time I did. I sat down next to my sister. He was sitting on the chair in front of us.

He looked up and said, “Hey.” He didn’t care to notice. I sipped louder as my sister started to talk to him.

“So who’s gonna pick up mom from the airport tomorrow?” My dad looked up from his phone again. He saw my mug.

“Why are you drinking coffee this late?” He asked totally ignoring my sister. Aria looked at me puzzled.

“Coffee doesn’t keep me up anymore.” I took another sip. He pretended that he was not fazed.

I place my mug on the coffee table right in front of him. It made a loud noise, which forced him and my sister to look up at me. I walk out of the living room. No one said a word.